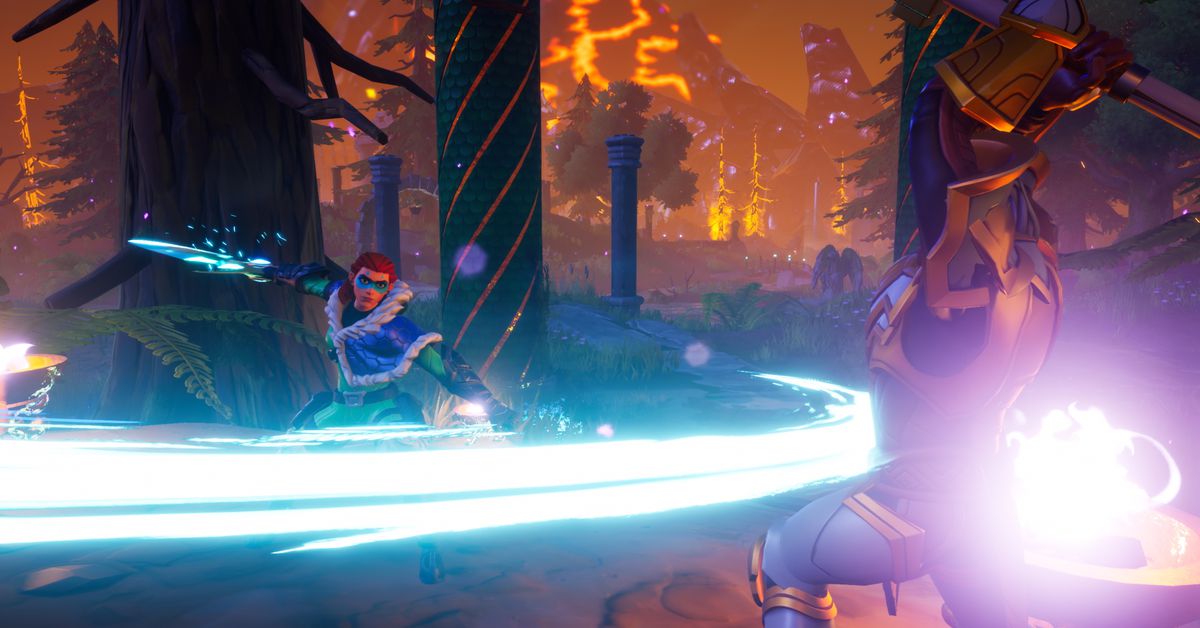 Back in 2016, Frederic Descamps and Jordan Maynard formed a new studio called Manticore Games with the intention of building the kinds of real-time, competitive experiences they loved to play.

One thing they really wanted to do was respond to community feedback quickly, so they designed a tool that made it possible to rapidly test out ideas and then immediately put them in the game. They were also fans of the modding community and wanted to make sure players could customize their game experience with unique maps and items. Eventually, they came to a realization: “We’re not building a game anymore,” Descamps explains. “We’re building a service.”

That service is called Core, and it’s currently in a closed alpha, with a creator-focused open alpha expected in the near future. It’s both a game creation tool and a marketplace, one designed in part to further democratize game development by making it more accessible. Core will be free to use with free-to-play games, and its makers have bold ambitions. “I can imagine it being a revolution in the industry, in the way that YouTube was a revolution in video creation,” Maynard explains.

Core is essentially split into two halves, each focused on a different part of the equation: the creators and the players. For creators, Core is a PC-based game creation tool built on top of Unreal Engine, Epic’s wildly popular game engine. The crux of Core is that it’s both fast and easy to use. During a demo, I watched as Maynard set up a basic desert map, complete with ruined buildings and simple third-person shooter gameplay, in a matter of minutes. With a single click, he was then able to publish it to Core’s website in seconds.

What makes the process so quick is that Core provides many of the more time-consuming aspects of game development. You create a game using a large collection of premade assets and then fit them together how you want. Even things like game logic — deciding whether you want a battle royale shooter or a team-based one — are simply chosen from a drop-down menu. I didn’t use the tool, but while watching it in action, it appeared fairly intuitive and shockingly fast. At no point did I see a single line of code.

The idea is that you can quickly get a game up and running in order to start iterating on your idea immediately. According to Maynard, who, among other projects, previously worked on the user-creation focused game Spore, it’s “an order of magnitude faster to make stuff in” compared to tools he’s used in the past. But that’s also just a starting point. While you can create a game from off-the-shelf parts, you can also dig deeper to actually customize those elements. You can tweak the logic, shift around parts of a pre-built world, or mash together objects to create something new. Even in a short demo, I saw a surprising breadth of styles and genres.

Kitbashing is a major component of Core. While users can’t upload their own textures or 3D models, they can take existing pieces and tweak them in size, scale, and color, as well as fuse them with other pieces. Already, users have been incredibly creative. During my demo, I saw a dark, imposing space station made entirely of gun parts and a gigantic rendition of the Golden Gate Bridge that was made up of ladders. The people who make these objects can then decide to share them with the rest of the creator community. The idea is that, eventually, Core will be home to a huge library of assets, levels, and gameplay behaviors that users can tap into for their own creations. There are also some unique aspects to the service, including a custom avatar that moves from game to game, and the ability to link to other people’s creations via in-game portals.

Of course, Core is far from the first tool designed to make it quick and easy to make games. The creative mode in Fortnite has become a popular tool, and Sony recently released Dreams to similar ends. Similarly, there have been plenty of games where players could sell mods or other add-ons to earn some money. The team behind Core is essentially combining the two philosophies: players can build entire games and then earn money from them.

It’s not entirely clear yet how that will work. You won’t be able to sell games directly in Core — at least right now. Instead, everything on the platform will be free to play. Creators will then be able to monetize by selling things like cosmetic items or seasonal passes in the game. While the details aren’t public yet, Descamps says, “we want you to be really handsomely rewarded.” The team also notes that there is a fairly clear delineation surrounding who owns what. “The creator owns the [intellectual property], and we own the assets that we’ve provided that they’ve built their IP out of,” Maynard says. “It’s a very clean separation and we think it’s the best way to do it.” There will be some form of revenue split based on this delineation.

One of the biggest potential issues facing Core is one of moderation. It’s a platform that wants to be akin to Twitch or YouTube, and those are services that have been plagued with moderation troubles. It’s an issue that can be particularly problematic in games because, when players are given a creation tool, they inevitably build virtual dicks. (This is something Maynard can attest to from his time on Spore, which was infamous for penis monsters.)

“You have to be smart about this,” Descamps says of the issue. “Philosophically, this is not an open service where you can do anything in a completely open fashion. It’s not the sewers of the internet. We’re not aiming to become 4chan or 8chan for user generated content. We’re not naive about that. It starts with the way we talk to our creators. We want to create a community that’s collaborative.”

While content won’t be moderated before it’s published, Descamps says that Core will have very clear terms of service that outline exactly what is prohibited. After that, the service will rely on both in-house moderation and community reports to weed out inappropriate games and content. “We’re ready for it,” he says. “It comes with the territory of having a [user-generated content] service and community.”

The other side of the spectrum of Core is the players. All published games will be available via the service’s website, and the hope is that, by attracting the kinds of creators who might otherwise be intimidated by existing game-making tools, the Core market will be home to unique experiences. The games I saw during my demo were mostly standard fare — battle royale, action RPG, naval combat — but there was one, in particular, that caught my eye.

It was a stealth game set in a sparse art gallery where players had to steal a banana duct-taped to a wall without getting caught. Maynard says that the game was created and published the same day that someone stole — and eventually ate — a $120,000 banana taped to the wall of a Miami art gallery. The simple game showed a potential future where interactive experiences can be as timely as a news report. In the same way that YouTube led to new kinds of popular videos, services like Core could lead to new types of games. “You’ve seen it on other platforms where viral videos turn into channels that turn into businesses,” Descamps says.

That all depends on the service achieving a critical mass of both creators and players, something that’s not easy to do. But by being both free and on PC, Core seems like it has the right level of accessibility to reach that potential. Even if this isn’t the particular service that breaks through in that way, it seems inevitable that one such platform will eventually break through and open up game development in a big way.

“I can imagine a future where it seems almost archaic or impossible that games were developed any other way,” says Maynard.