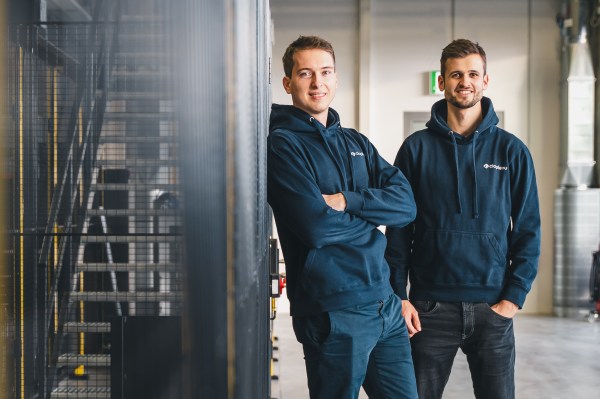 Cioplenu, an Augsburg-based startup that is building what it dubs an “operating system” for the production floor, has raised €4.2M in seed financing. Leading the round is Berlin-based Cherry Ventures.

Also participating is Munich’s 42Cap, which led Cioplenu’s pre-seed round in 2018, along with three fairly high-profile angels.

They are Fabian Heinrich, co-founder of Scoutbee (which recently announced a $60 million Series B), Christian Heinrich, founder and professor for digital transformation, and Moritz Zimmermann, co-founder of Hybris (which exited to SAP for $1.5 billion in 2013).

Billed as a SaaS for “deskless” workers, Cioplenu aims to digitize an array of production floor processes like maintenance, on-boarding, assembly, and inspection. The software works on any device and can connect to existing IT infrastructure used by production companies. It is already being used in more than 10 countries by large corporates such as Bosch, Stabilo and Hirschvogel.

“If you walk into a typical industrial company today you will find 10 meters of cabinets full of folders with paper protocols, documents, instructions etc.,” explains Cioplenu co-founder and CEO Benjamin Brockmann.

“Most maintenance and inspection is not done digitally today and assembly instructions are simply printed out. Finding or sharing documents is a nightmare and there is also no real-time communication or any kind of analytics, which creates a huge blindspot for companies”.

To help solve this, Brockmann says Cioplenu is building an intuitive “operating system” for the production floor that acts as an all-in-one platform for maintenance, inspection, work assembly, and other processes.

“We provide an easy editor with which multimedia documents, protocols, and questionnaires can be created as well as an operator software for the deskless worker that works on any device,” he explains. “Our easy ERP integration allows [production companies] to pull in and organize data quickly, while our analytics platform helps companies to optimize their processes. Sounds easy, but to make it enterprise-ready, we also built in many other features, like, for example, complex access rights management”.

Cioplenu customers are described as SMBs and enterprises in the industrial market, such as Bosch or Stabilo, while its user base spans across different departments and organisational levels.

For example, a quality manager might use the software for documentation by completing the respective protocol checklists digitally while walking across the production floor with a tablet.

“When something is broken, she can snap a photo, annotate it and log it. When she wants to share her protocol with her foreign co-worker, she can send it in a click and it gets automatically translated,” says Cioplenu.

The team leader then receives all the consolidated reports with anomalies highlighted, and the facility head gets a real-time overview and analytics on whether or not everything is running according to plan.

‘The beauty is that because of its modular format, inspection is really just one use case of many,” adds the Cioplenu CEO. “[Our sofrware] is also being used for teaching workers how to assemble plants, how to troubleshoot machines and much more”.

Meanwhile, Cioplenu says that strong demand for its product will see it open a second office in Frankfurt. “We plan to triple our team this year with big hiring plans for our new office in Frankfurt. Key will be the expansion of our marketing and sales team,” says the startup’s other co-founder Daniel Grobe.