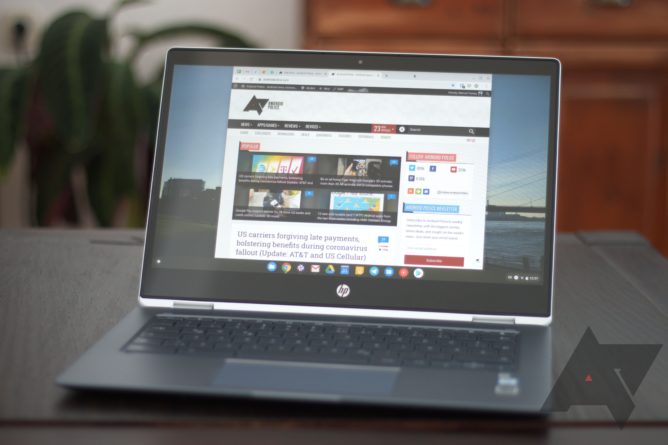 Earlier this month, Google whitelisted a few extensions for kids’ Chromebooks managed via Family Link, like Zoom, Hangouts, and some educational tools — only installable with parental permission, of course. This makes life easier for those who need to rely on video conferences for learning during these stay-at-home times, but it’s still a tiny selection. To improve the situation, Google is now testing support for all extensions on managed Chromebooks in Chrome OS 83 (we tested using Dev 83 and 84). 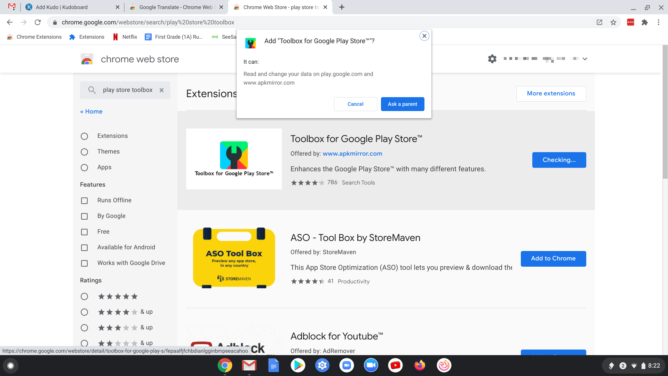 Any extension can be added, provided a parent enters their password.

As far as we can tell, any extension available on the Chrome Web Store is available for download. Kids can browse the store itself and select what they need or want, but they need to get parental approval before they can install anything. At the moment, the Family Link app approvals aren’t supported, so a parent has to enter their password locally. That might change before we see a stable release, though. 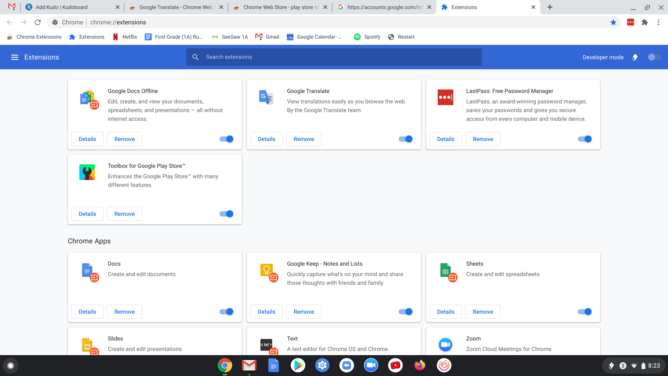 Some of these extensions have previously not been available for Family Link-managed devices.

This change finally makes it possible to install extensions like LastPass and other password managers, Grammarly, or EquatIO on children’s laptops, which we’ve mentioned as unfortunate omissions from the whitelisted collection made available in stable Chrome OS 80. 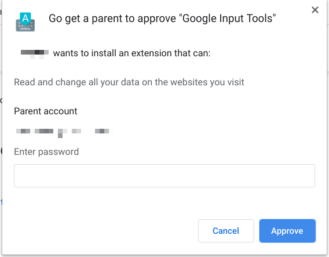 We first spotted this capability in Chrome OS Dev version 83, and it’s still persistent in Dev 84.0.4114.0. Upon updating to that latest release, we had to re-enable the extensions via a parental password, but we assume that’s just a fluke in the pre-release software. It’s also possible that Google still changes things around before bringing support for all extensions to the stable version of the OS, so the current interface is not set in stone.

Google officially announced the feature in a blog post today, saying “parents can let their children personalize Chrome with thousands of free extensions and themes from the Chrome Web Store and be more productive with tools like Zoom and Screencastify. To approve extensions, parents just need to enter their password on the supervised Chromebook.”

The new functionality is rolling out as part of a Chrome OS update, so if you don’t see it on your Chromebooks yet, give it a few days.