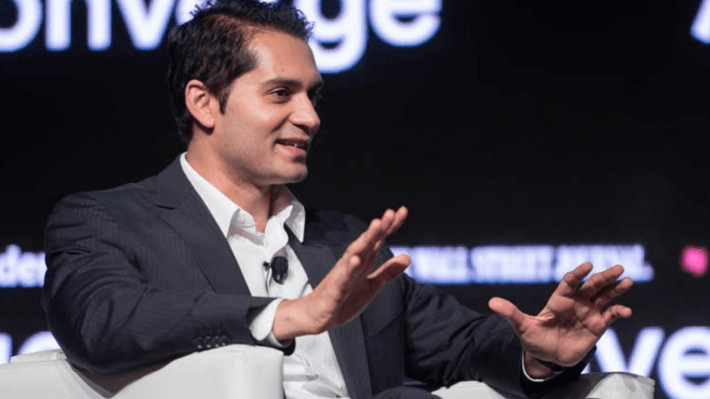 B Capital Group, formed in 2015 by Facebook co-founder Eduardo Saverin and Raj Ganguly, formerly of Bain Capital, has been quietly building its business since closing its first fund with $360 million in capital commitments, anchored by the management consulting giant Boston Consulting Group.

Already the firm, which is investing out of its second $410 million fund, employs 50 people, and we hear a much bigger fund could be coming. Among its newest additions is a general partner, Rashmi Gopinath, who was previously a managing director with M12, Microsoft’s corporate venture group.

Gopinath — who specializes in enterprise tech and specifically on cloud infrastructure, cybersecurity and DevOps, among other areas — is now the fifth of the firm’s GPs, including Saverin; Ganguly; Kabir Narang, who focuses on fintech and came from Eight Roads Ventures India; and Karen Page, who spent nearly a decade with Box and a year with Apple before joining B Capital last year.

The firm also has a COO, a CFO, and 15 other investors scouring deals across the globe from four offices — in LA, San Francisco, New York and Singapore. Indeed, part of this group includes another new hire: Crissy Costa, a principal who just joined from Primary Venture Partners.

Yesterday, we caught up with Ganguly to learn more about the growing organization, including where it’s placing its bets. He declined to comment on whether or not the outfit is raising a fund, but he did pull back the curtain a bit on some of its other activities.

Part of what we learned is just how tightly BCG is woven into the fabric of B Capital. Not only is BCG the outfit’s biggest outside limited partner (the partners themselves are the firm’s biggest investors), but the two have a strong strategic partnership.

As Ganguly explains it, B Capital “companies get access to a dedicated BCG partner who then opens up their resources and network,” which can ostensibly result in big partnerships and other deals. B Capital also gets an inside track into what BCG’s clients are missing, including, for example, big pharma companies, so it can invest in startups accordingly.

A bet on Notable Labs, which uses AI to predict more effective cancer treatments for patients, partly came out of these conversations. (The company raised $40 million in Series B funding last year co-led by B Capital.) More broadly, digital health has become one of B Capital’s main areas of concentration because of its learnings about the industry.

As for where else it’s shopping, B Capital is also very focused right now on fintech, “primarily around small business, which we think is an area that’s been underserved by large banks,” says Ganguly. (Rather than fund competitors, he explains, B Capital is investing in tech that can help them, with related bets in the U.S., India and Indonesia.)

The firm also likes horizontal enterprise software, where Gopinath and Page — who co-lead B Capital’s San Francisco office — spend most of their time. In fact, the outfit is in the process of closing its first cybersecurity investments, and Ganguly suggests to expect more.

Worth noting: Though B Capital’s first two funds have not been large by today’s standards, it’s focused on later-stage investing, writing checks of between $10 million and $45 million to startups at B, C and D stages. Most of these companies have between $10 million and $50 million in annual revenue by the time they’re a B Capital candidate, and most are either cross-border businesses or eager to become one.

Ganguly points to Evidation Health, an eight-year-old, San Mateo, Calif. company that provides clinical validation of health apps and whose B and C rounds have involved B Capital. It recently announced that it’s expanding into Asia and opening an office in Singapore; that move was quietly helped along by B Capital.

As for where, exactly, it’s investing, Ganguly says the firm is “somewhat geographically agnostic,” given that it is “very thematically driven,” but the team sees South America as increasingly interesting (though it has yet to invest there), along with Europe, (four deals), the U.S. and India.

It will back similar companies in different geographies, as happened with the LA-based scooter company Bird, and a more recent and very big bet on the scooter and bike company Bounce, in India. Ganguly says of both that B Capital loves the space. “We think the profitability of the scooter business is better than car-sharing businesses, and we think it’s a space that in some way investors have grown less favorable on but whose unit economics are very positive.”

As for possible conflicts of interest between Bird and Bounce down the line, Ganguly suggests it isn’t a concern. “If you look at how car sharing evolved, it was local winners who understood local markets who did well.” India, he notes, has a very different use case for scooters than the U.S. “People are using them for much longer distances. It really is a prime mechanism for them to do business and get to work. They can’t function without these scooters; that’s very different than in developed regions.”

B Capital’s biggest bets to date range in location, in fact, from Icertis, an 11-year-old, Seattle-based contract life cycle management software company, to Evidation in California, to Ninja Van, a now six-year-old, Singapore-based company that specializes in next-day deliveries for e-commerce companies.

The “biggest thing we’re really focused on [with all our portfolio companies] is high re-up rates with early customers,” Ganguly says. “We think a lot of people focus on a company’s ability to grow their total user base quickly. But in enterprise investing [especially], we like to see early customers who aren’t just loyal, but who are increasing their spending year over year.”

B Capital has “always really been focused on the enterprise and business tech,” he adds. “It’s where we think the biggest opportunities will be over the next two decades.”