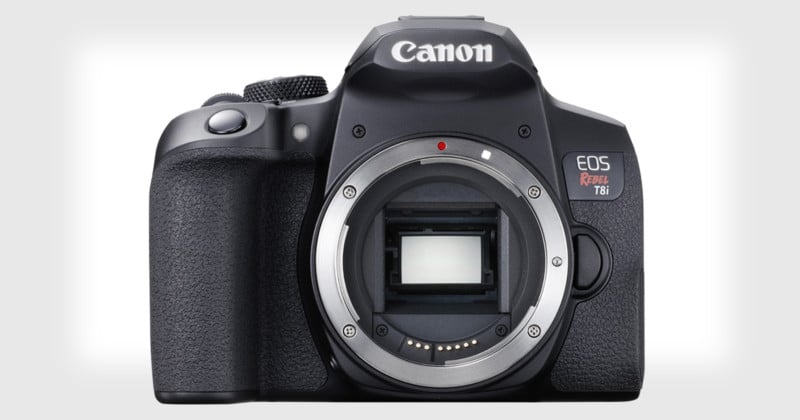 Canon has unveiled its latest latest “Rebel” DSLR, the Canon T8i (AKA the Canon 850D), and it’s got a few new tricks up its sleeve. The latest Rebel features Face and Eye Detect AF, 4K video capability, a better button layout, and support for vertical video.

In some ways, the Canon T8i isn’t all that much different from the Canon T7i. It uses a 24MP APS-C CMOS image sensor, the same 45-point (all cross-type) AF sensor, features Dual Pixel AF in Live View, and sports the same 3-inch 1.04M-dot fully-articulating touchscreen LCD on the back. But that doesn’t mean it’s unchanged.

Updated components include the Digic 8 processor, 7fps continuous shooting (up from 6fps), the ability to shoot 4K/24p video, Eye-Detection AF in Live View, and a much more capable 200,000-pixel RGB+IR metering sensor that enables Face Detection AF when shooting through the optical viewfinder.

In other words, the T8i has inherited a few tricks from the more advanced Canon 90D. 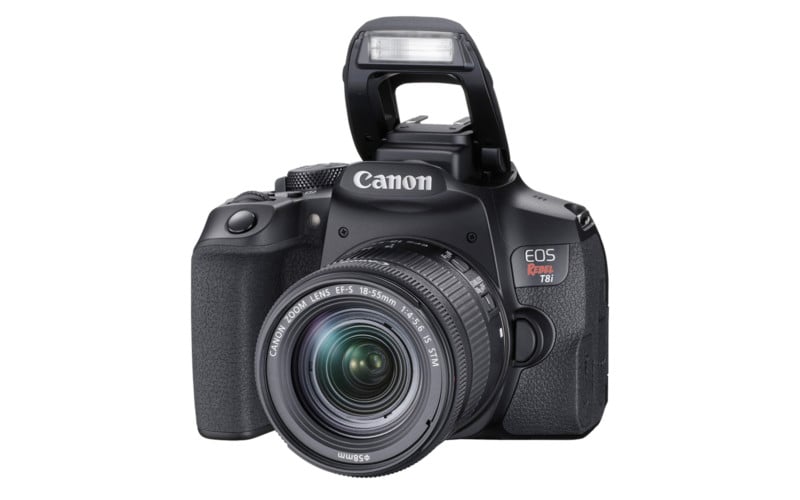 Other notable additions are the brand new AF-ON Button, a simplified Quick Control Dial that removes all the scene modes you never used anyhow, and support for (and this is not a typo) vertical video.

They don’t say much about this highly mockable feature, other than sharing the fact that the camera can capture vertical video and that this video can be played back on supported iOS and Android devices, making the T8i “ideal for vlogging, uploading content to social media platforms, and web services or for day-to-day usage when capturing life’s most precious moments.”

Here’s a quick overview of the new Rebel’s key features, followed by some product shots: 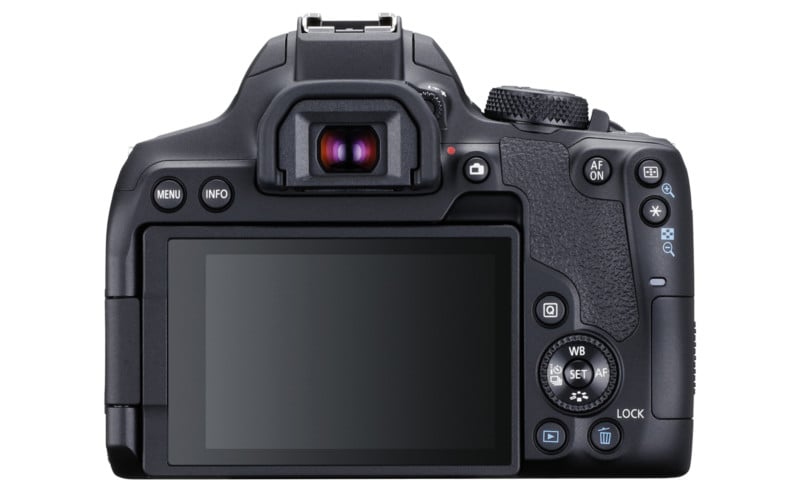