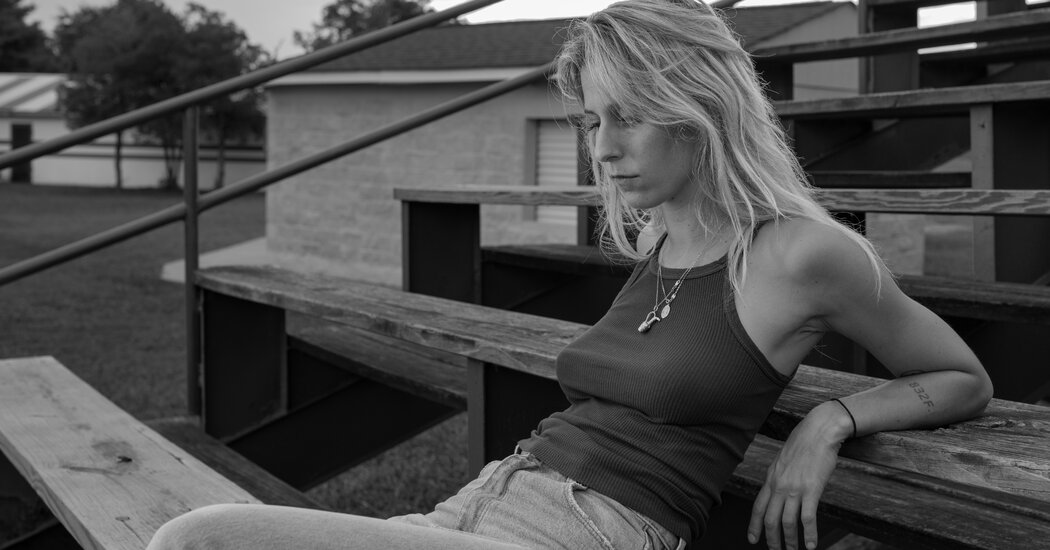 Alicia Bognanno has a horror-movie scream — not the shriek of the beleaguered heroine so much as the guttural howl of the demon pursuing her. “I’m trying to hide from my mind,” she hollered on a track from “Feels Like,” her grungy debut album as Bully in 2015. The song’s foundation trembles in her wake.

“It actually happened because of the lyrics,” Bognanno, the 29-year-old singer, songwriter and guitarist said of her now-signature vocal style, which can instantly flip from melodic to pummeling. “I started writing stuff that was really personal and meaningful, and because of built-up aggression, some of the words just felt like they needed to be screamed.”

That raw yell — coupled with lyrics that express uniquely feminine frustrations — has drawn comparisons to some of rock’s most gifted screamers, including Courtney Love. “I didn’t even listen to Hole until I was compared to Hole so many times,” she said with a laugh. “And then I was like, oh, ‘Live Through This’ is a great record, thank you!”

That may be part of what led the director Alex Ross Perry to ask Bognanno to write songs for his gritty 2018 rock-star flick “Her Smell,” with Elisabeth Moss playing a Love-like lead singer. Bognanno sent close-up videos of her hands on the fret board to Moss, who practiced the songs with a teacher. “She did a fantastic job, but I think it was good for me to not have total control,” Bognanno said. It became one of the many opportunities she has had over the past few years to practice letting go.

Zooming on a recent afternoon from her Nashville home, where strings of white Christmas lights and scattered guitars hung vertically throughout a cozy living room, Bognanno spoke quietly enough not to disturb the two dogs sleeping soundly behind her. Her mop of unruly bleached hair fell around her shoulders as she admitted that the prospect of releasing a new album without being able to immediately hit the road and play live had, just the night before, brought on a mild existential crisis.

“I was like, ‘I don’t even know who I am without touring!”

Compounding the stress is the fact that Bully’s third album, “Sugaregg,” crystallizes a few major changes. It is the first record since Bognanno parted ways with her former band members and recalibrated Bully as a solo project. It’s the first Bully record she hasn’t engineered herself. And it’s the first time she’s written frankly or spoken frankly about her struggles with bipolar II disorder.

“Being able to get a better grasp on that just rebuilds you,” Bognanno said, squeezing a slime-green stress ball in one palm. “I just felt like a shell of myself for a very long time and getting that back was the best feeling ever and opened up so many doors for me with my writing.”

Last year, Bognanno shared a picture of her 12th grade report card on Instagram: “Too many absences,” “poor use of time,” “poor attitude.”

“I had a really hard time in school,” she said. “The education system infuriates me, because there’s a structure for learning, but everybody learns differently.” On her report card, though, there is a row of straight As — all from an audio engineering class she took as an elective. It changed her life.

Growing up in suburban Minnesota, Bognanno didn’t know anyone who made music. The audio engineering class was rudimentary, but it got her “just a little bit closer to something that I had dreamed of being involved in.”

After school, she’d head straight to the studio and work on her music. She wasn’t sure that this was something people went to college for, let alone with her grades and finances, but her teacher did some digging and pointed her to Middle Tennessee State University. “I think about that teacher all the time,” she said.

Production remains one of the most male-dominated professions in the music industry: The Audio Engineering Society estimates that somewhere between 5 and 7 percent of audio engineers and producers are women, though some believe the figure is even smaller. In most of her classes, Bognanno was the only female student.

“I have to be good, otherwise I’m going to give a bad name to women in audio engineering,” she said of the pressures. “It just feels like all eyes on you, and then someone will say something kind of flirty to you and you just feel so uncomfortable.”

During a summer internship in Chicago, she found an encouraging group of male engineers in a relatively unlikely place: Electrical Audio, a studio owned by the notoriously curmudgeonly punk legend Steve Albini. Bognanno sat in on recording sessions; during breaks, she would snap photos of mic placement and equipment manuals.

“They were so supportive, so willing to answer anything,” she said, “and I think they just really liked to see somebody that was eager to learn more about the gear.”

Back in Nashville, Bognanno linked up with a group of punk musicians who amplified the increasingly personal, scream-demanding songs she’d been writing: the guitarist Clayton Parker, the bassist Reece Lazarus and the drummer Stewart Copeland (who was not in the Police). Within a few years of completing her internship at Electrical Audio, she returned there to record her band’s first two albums, “Feels Like” and its 2017 follow-up “Losing.”

Copeland and Lazarus eventually left the band, and while writing “Sugaregg,” Bognanno made the difficult decision to part ways with Parker. Her therapist, who helped her reach this conclusion, is one of the first people thanked in the album’s liner notes.

Bognanno’s writing for Bully is so personal that some people in her life have learned basic facts about her for the first time through her lyrics or interviews. “I pretty much came out as being bisexual through Bully,” she said with a laugh. And she has recently begun writing and speaking openly about her bipolar II diagnosis, which she received a little while after Bully began.

“I didn’t even know how I could address a record without talking about it, because the record is a part of me, and that is also a big part of me,” she said.

As Bognanno has begun to talk more with people in her life about being bipolar, she admits some reactions have been awkward, even “hurtful.” “People are like, ‘I never would have guessed that.’ And you’re like, ‘How would you know? I see you once a week. You’re not in my brain.’”

But being more open about her mental health has allowed Bognanno to take better care of it, through habits like meditation and exercise. And, as “Sugaregg” attests, writing — and occasionally screaming — remains her most cathartic release.

“You stay unsure, you’re still acting tough,” she sings on the speedy, corrosive “Stuck in Your Head,” a track she describes as “an outline of the inner dialogue going on in my head.” Elsewhere, though, “Sugaregg” has welcome moments of lightness, like the bouncy “Where to Start,” or the cleareyed “Prism,” which freeze frames a ruminative moment: “Ooh, the sun hits a prism/Your ghost in my kitchen.”

Without imminent plans to tour, Bognanno has found a positive way to spend her free time during quarantine: She just completed an online foster-care training program and eventually hopes to use a spare bedroom in her apartment to host foster children for their first few nights in the system. It is, in some sense, a way to offer others the sort of refuge she has found in music.

“When I’m playing onstage, I’m by far my most authentic self,” she said. “I feel like I have a sense of purpose — any sort of awkwardness or insecurity for that 45 minutes are just totally diminished. I’ve never really had anything else in my life that has been like that.”