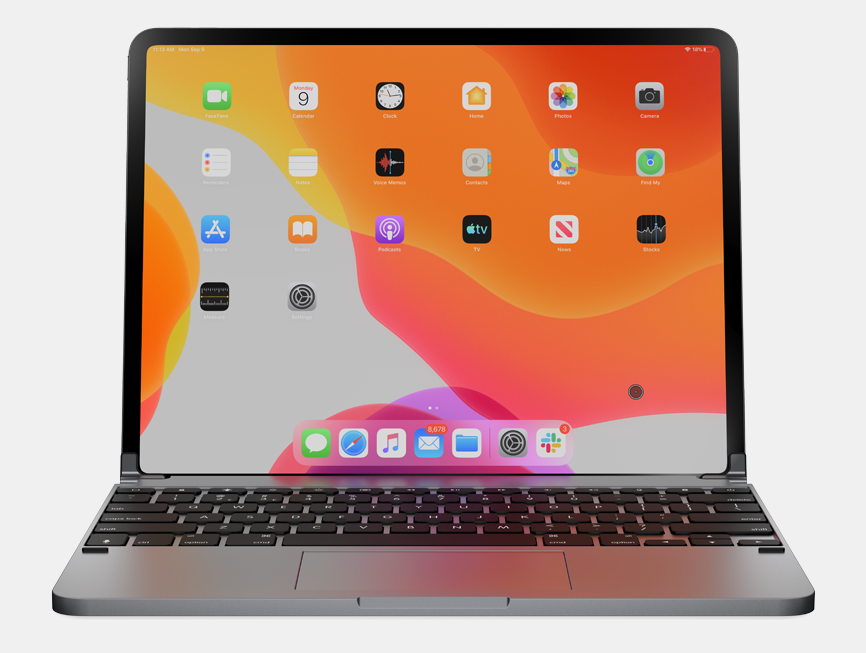 Brydge has released a short YouTube video showcasing its Brydge Pro+ Keyboard with trackpad support. This comes just days after Apple announced its own Magic Keyboard with designated trackpad alongside both the new iPad Pro and new MacBook Air.

In the video, Brydge highlights some of the capabilities of its new Brydge Pro+ keyboard. The major new feature is full trackpad support in iPadOS 13.4. The trackpad can be used for precise text editing, bringing up the Dock from any app with a three-finger tap, opening App Exposé with a two-finger swipe, and more.

Preorders for the keyboard are available now. It is priced starting at $199.99 for the 11-inch iPad Pro and $229.99 for the 12.9-inch ‌iPad Pro‌. Preorders placed today are currently showing an estimated mid-April shipping date.

Brydge is still gauging interest for a standalone multi-touch trackpad for the iPad Pro that remains listed as “coming soon.”

Apple has also announced that ‌iPadOS‌ 13.4 with trackpad support will be launching next Tuesday, March 24th.

Here’s How a Trackpad Works With an iPad Pro in iPadOS 13.4

Apple yesterday unveiled a new 2020 iPad Pro with a new Magic Keyboard accessory that adds a trackpad to the iPad for the first time. Apple didn’t stop there, though, and built support for mice and trackpads into all modern iPads through the iPadOS 13.4 update.
Subscribe to the MacRumors YouTube channel for more videos. The new 2020 iPad Pro doesn’t come out until next week and the Magic…

Given the ongoing situation in the United States and other countries, Apple was not able to hold an official March event to unveil its new iPad Pro, Magic Keyboard, and MacBook Air. With no event, Apple’s software engineering chief Craig Federighi created a little demo video that shows off the capabilities of the new Magic Keyboard and trackpad support on the iPad. The video created by…

The media has got its hands on the new MacBook Air and first impressions of the notebook after a day or two of usage are largely positive.
Following in the footsteps of the 16-inch MacBook Pro, the new MacBook Air features a redesigned Magic Keyboard with scissor switches that deliver 1mm of key travel for a comfortable and stable key feel. As with the 16-inch MacBook Pro, reviews find the…

Apple this week set purchase limits on its newly updated iPad Pro and MacBook Air models, its entire range of iPhone models, and the Mac mini on its online store in the United States and Canada, Europe, Asia, and several other regions.
The new MacBook Air and the Mac mini are limited to five orders per customer, for example, while the new iPad Pro is limited to two 11-inch models and two…