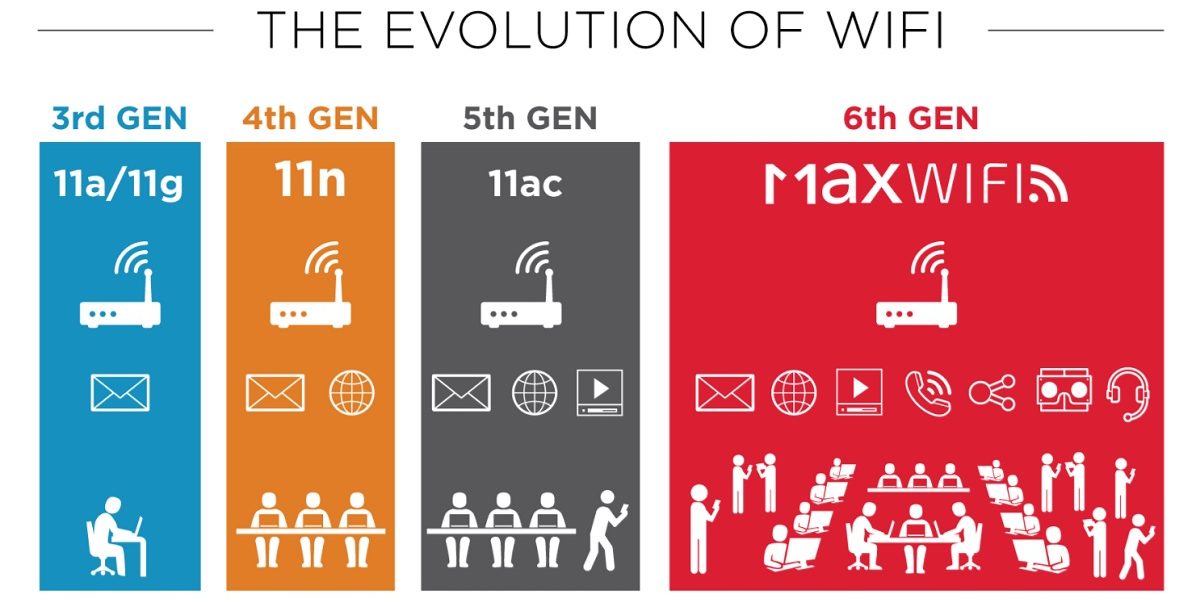 Just ahead of CES 2020 in early January, the Wi-Fi Alliance announced “Wi-Fi 6E” as the official name for 6GHz Wi-Fi — an enhanced version of Wi-Fi 6 that promises to further increase data rates and cut power consumption. Today, Broadcom is announcing the world’s first Wi-Fi 6E mobile chip, BCM4389, a combined Bluetooth and Wi-Fi solution that promises to double Wi-Fi speeds and cut latency in half compared with Wi-Fi 5, as well as slashing energy use compared with prior-generation solutions.

One of the keys to Wi-Fi 6E’s performance gains is the addition of 6GHz spectrum to the 2.4GHz and 5GHz bands that were used in prior-generation Wi-Fi standards. Multiple countries are currently in the process of opening 6GHz frequencies up for Wi-Fi, which will soon enable home and business networks to use wider 160MHz channels — think of them as additional, thicker wireless data pipes. Thanks to these improvements, the BCM4389 promises over 2Gbps real-world speeds and up to 5 times better battery efficiency, at least under certain conditions.

While the chip’s peak physical layer rate is 2.63Gbps, the practical number will be closer to 2Gbps, aided by ultra-dense 1024-QAM encoding, OFDMA, and a MU-MIMO antenna system. The company says the chip’s tri-band simultaneous connectivity architecture is responsible for the up to 5 times improvement in battery utilization, which presumably comes from making more efficient use of available channels and won’t be seen under all scenarios.

Broadcom expects the BCM4389 to be usable with a “wide range of 6GHZ-enabled devices,” such as home and business routers that will be available “at launch” of the 6GHz spectrum band later in 2020. Beyond the chip’s obvious applications for smartphones and computers, the company also expects that virtual and augmented reality devices will use Wi-Fi 6E to pave “the way for our wirelessly connected AR/VR future,” leveraging the bandwidth for high-bandwidth and low latency video links to nearby devices.