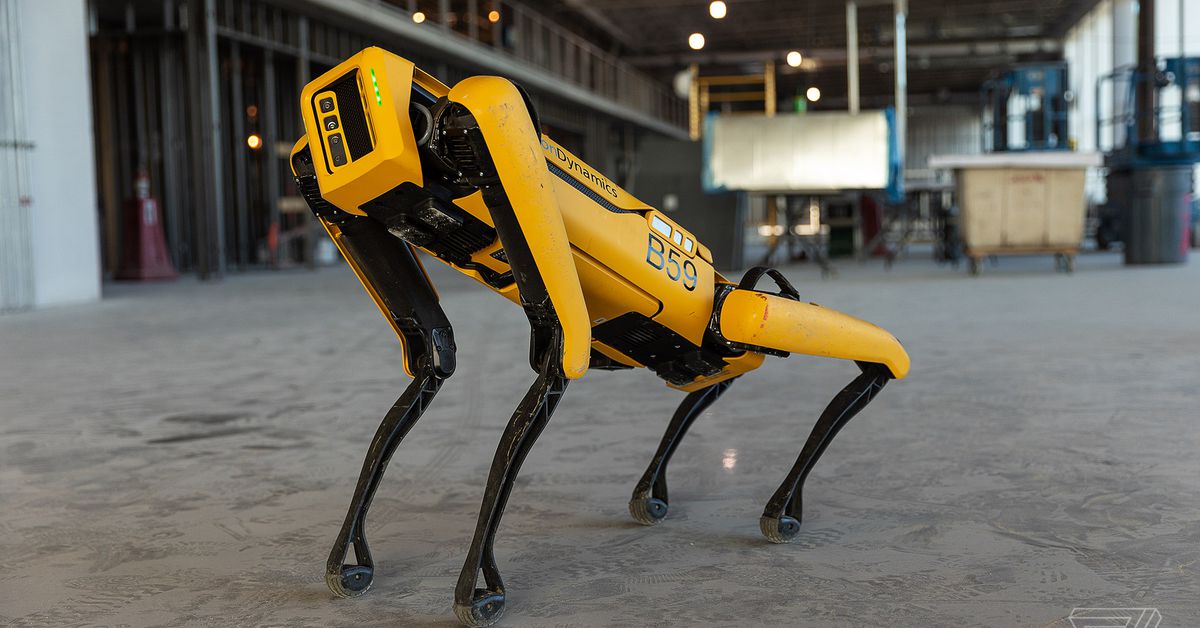 For years now, robot maker Boston Dynamics’ Spot has acted as a symbol of the impending robot takeover, despite the best efforts of its creators to position it as a helpful and multi-skilled human companion. The dog-like bot has been seen opening doors and briskly covering ground at scary speeds, and its signature aesthetic has even inspired a sinister Black Mirror episode about far-future, robotic human hunters. But Spot may not be the manifestation of Skynet that most AI scaremongers want to think it is.

According to documents obtained by OneZero detailing a Spot trial with the Massachusetts State Police, the robot can fall short in real-world scenarios and even fail to work entirely. The trial lasted 90 days starting in August of 2019, predating Boston Dynamics’ announcement in September that it would begin leasing the robot to dozens of companies to testing its real-world potential. It was primarily used by the Massachusetts State Police’s bomb squad unit.

Across 28 pages of emails OneZero obtained, the Spot unit used by the bomb squad fell over “for no apparent reason,” got spooked by tall grass, and went into “sit” mode when it was instructed to approach a suspicious briefcase during a live threat situation, among other issues.

Contrary to popular belief, Boston Dynamics’ robots are not powered by artificial intelligence; many of its mechanical commands, while extremely sophisticated by modern robotic standards, must be initiated and guided by human operators. This means that when the bot fails to do what you want it to, it often involves heavy troubleshooting and human intervention.

Of course, this doesn’t mean the robot is a failure by any means. Throughout the trial, the Massachusetts State Police referred to its issues with Spot as “initial hiccups” that were more or less minor, OneZero reports. And Boston Dynamics says the the bomb squad in question was using the robot in an “early testing” phase. Even in the case when the Spot unit failed to initially walk toward the suspicious briefcase, it did eventually perform adequate reconnaissance and captured video footage, albeit with shoddy picture quality, the police say.

The Spot’s early and bumpy rollout in real-life scenarios like this is just further proof that these robots are far from taking over the world, let alone mass-replacing human jobs. In many cases, the Spot robot is augmenting jobs of existing humans, like being a bomb squad member, and providing a useful way to capture video and collect data in sensitive or dangerous environments. It’s a far cry from the murderous Black Mirror bot, and certainly not as spooky as its impressive motor function demos make it seem.