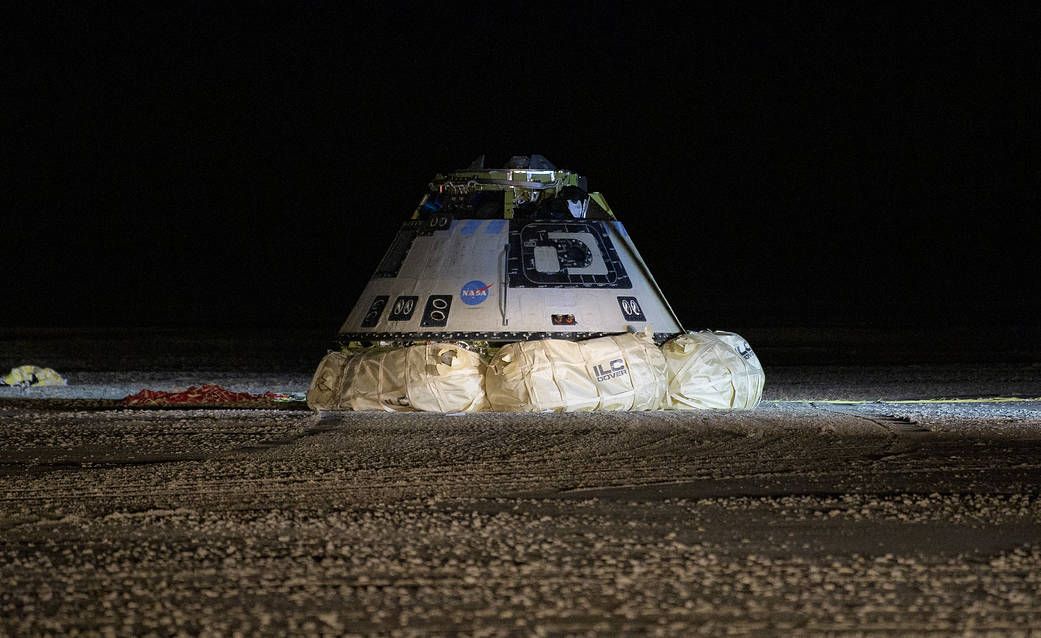 Boeing is considering another test flight for its CST-100 Starliner commercial crew spacecraft amid concerns from a NASA safety panel about its first flight.

Boeing’s Starliner spacecraft launched on Dec. 20, but was unable to dock with the International Space Station as planned because it ended up in the wrong orbit. But of growing concern now are two software problems that were uncovered after the flight was complete.

A newly disclosed timer error on the Dec. 20 flight had the potential to lead to “catastrophic” failure, NASA’s Aerospace Safety Advisory Panel said during a meeting at NASA’s Kennedy Space Center in Florida, on Thursday (Feb. 6), according to SpaceNews.

Starliner is supposed to be ready to carry humans to the International Space Station (ISS) later in 2020, along with SpaceX’s Crew Dragon spacecraft. Both vehicles have faced technical and program delays in their journey to send astronauts safely to space.

NASA’s Office of the Inspector General warned late last year that these problems could lead to smaller ISS crews until the commercial crew program is ready to go. (The office said NASA could address the shortage by purchasing more seats on Russian Soyuz vehicles, or extending the typical six-month stay of astronauts — which NASA has already done twice recently with astronauts Christina Koch and Andrew Morgan.)

The timer error on Starliner was discovered by ground controllers during the flight and corrected while the spacecraft was still aloft, but panel member Paul Hill said the consequences of the error would have been grave if it had gone unnoticed.

“While this anomaly was corrected in flight, if it had gone uncorrected, it would have led to erroneous thruster firings and uncontrolled motion during [service module] separation for deorbit, with the potential for a catastrophic spacecraft failure,” Hill said in the meeting.

Related: How bad luck foiled efforts to get Starliner back on course toward space station

The panel has recommended reviews of Boeing’s software and testing processes as “required input for a formal NASA review to determine flight readiness for either another uncrewed flight test, or proceeding directly to a crewed test flight,” and Boeing issued a statement on Thursday (Feb. 6)  saying that it has accepted the recommendation from the panel.

Boeing further said on its Starliner website that is committed to safety, which could include booking a second uncrewed Starliner test flight before its first flight with astronauts, if NASA gives the approval.

“Boeing is as committed as ever to safe flight, mission assurance and helping our customer meet its crew transportation needs,” the company said, pledging to spend $410 million to put Starliner “in position to support another flight should that mission be deemed necessary, while limiting the schedule impact on beginning regular Starliner service missions to the space station.”

“The charge is intended to cover not only the cost of another flight test,” Boeing continued, “but also the anomaly investigation and corrective action implementation, program disruptions and other work outside the scope of normal program operational costs post-OFT [orbital flight test].”

Join our Space Forums to keep talking space on the latest missions, night sky and more! And if you have a news tip, correction or comment, let us know at: community@space.com.