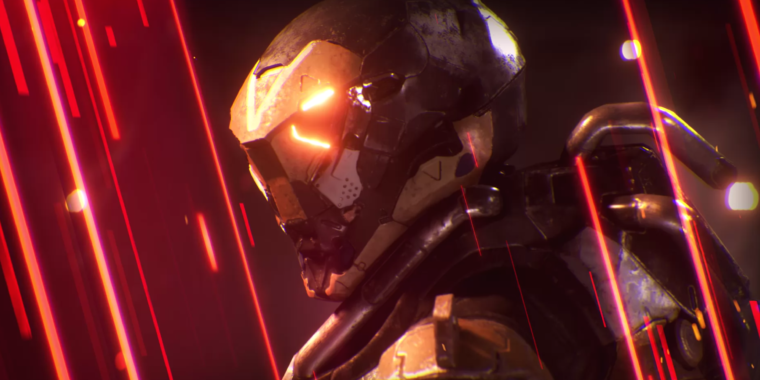 Almost a year has gone by since BioWare launched its online space RPG Anthem to a loud critical thud and quickly dwindling player numbers. BioWare isn’t giving up on the high-flying space-shooter, though, with General Manager Casey Hudson promising in a blog post today to provide “a longer-term redesign of the experience” that provides “a more substantial reinvention than an update or expansion.”

While regular Anthem updates so far have focused on “stability, performance, and general quality of life”—as well as three seasons’ worth of new content—Hudson acknowledges the fan feedback that the game still “needs a more satisfying loot experience, better long-term progression, and a more fulfilling end game.” In the coming months, then, the company will be focused on more “fundamental work… to bring out the full potential of the experience… specifically working to reinvent the core gameplay loop with clear goals, motivating challenges, and progression with meaningful rewards—while preserving the fun of flying and fighting in a vast science-fantasy setting,” Hudson writes.

To help that process along, the development team will be halting new “full season” updates as it focuses on this overhaul (in-game events, store refreshes, and previously released content will continue to be available during this process). Hudson also said BioWare will be “doing something we’d like to have done more of the first time around–giving a focused team the time to test and iterate, focusing on gameplay first.”

That last bit seems to be a tacit acknowledgement of a wide-ranging Kotaku report from last April which highlighted widespread technical and production headaches during the game’s lengthy development, including major changes in the fundamental gameplay direction from the original plan. “The root cause of all this was that lack of vision,” one unnamed BioWare developer said of the leadership team at the time. “They never seemed to settle on anything. They were always looking for something more, something new.”

Well before today’s announcement, Kotaku also reported in November that this kind of total overhaul was in the works, citing unnamed sources. Those rumors followed the departure of BioWare head of live services Chad Robertson and lead producer Ben Irving, suggesting the company may be in a significantly different position for this promised redesign.

BioWare’s Anthem plans bring to mind similar promises from Bethesda at this year’s E3, when the company promised to address the “well-deserved criticism” that followed Fallout 76 the previous November. Such post-release turnarounds aren’t unheard of for online games these days, either—Rainbow Six Siege seemed on the verge of death after some post-launch problems, but it has since bounced back to attract over 55 million registered players in just over four years.

Still, BioWare is now facing a full year of largely unmet expectations and initial player impressions that it has to overcome if Anthem is going to eventually succeed. “Creating new worlds is central to our studio mission, but it’s not easy,” Hudson said. “Sometimes we get it right, sometimes we miss. What keeps us going is the support from players like you.”