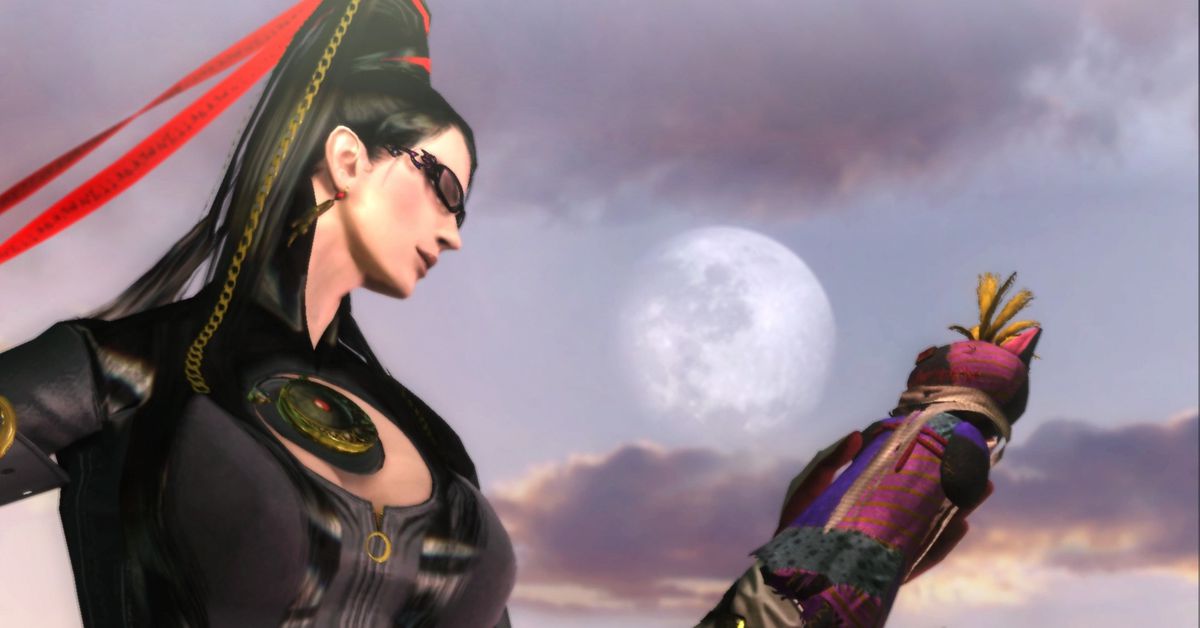 The Bayonetta and Vanquish 10th Anniversary Bundle for the PlayStation 4 and Xbox One may divide some fans, but I’m glad it exists at all.

Vanquish is a third-person shooter originally released in 2010 on PlayStation 3 and Xbox 360. It didn’t look like much in still images, with its futuristic powered armor and smoking hero, but it played fast, with an emphasis on speed and aggression that was missing from so many games of its time. It never found commercial success, but quickly became a cult classic after its launch. It’s fascinating to go back to the game today and play something that, in many ways, feels like a precursor to Warframe.

Bayonetta is a third-person brawler from 2009 that also came to PS3 and Xbox 360 first, but was later ported to the Wii U to be sold along with its sequel. The game starred a sexy witch who fought her enemies with an acrobatic assortment of moves that incorporated magic, firearms, and of course her amazing hair. Did the world need a hornier version of Devil May Cry? No, but we’re thankful PlatinumGames thought we did.

Bayonetta found a little more mainstream success than Vanquish did, although both games have always been more influential than popular. They’re still well worth playing in 2020, just as much for the enjoyment of the action itself as well as the history of both games.

Sega’s new $39.99 collection includes both games, playable at 60 frames per second in 1080p on PlayStation 4 and Xbox One, or at 60 fps in 4K on the PS4 Pro or Xbox One X. That’s a very nice visual upgrade, and after spending a few hours with both games I can report that those numbers aren’t an exaggeration. This is the most attractive, most approachable way to play either game.

It’s just that this upgrade isn’t, in itself, new for hardcore fans who own gaming PCs. Sega brought both Bayonetta and Vanquish to PC in 2017, allowing players with the right hardware to bring the games up to, or past, 4K at 60 fps. Both games are rated “very positive” on Steam, with thousands of reviews. This new bundle offers the same level of performance for the higher-end consoles, without the PC versions’ ability to unlock the frame rate or resolution for either game, but doesn’t do much else.

Playing Vanquish or Bayonetta in 4K on a console is certainly a treat, but the textures and models themselves haven’t been updated in any way my eye could make out. That makes this a very pure re-release, sharpening the design without changing it in any way; anyone hoping for noticeably updated textures will be disappointed.

Doing a proper remaster of the game would also likely drive up the cost, with little evidence that it would lead to more sales, so I understand the approach. It’s just important that people understand what they’re getting into.

There are also no behind-the-scenes documentaries, concept art, or any kind of archival anything from either game included in the bundle. You get the games, and those games perform better on newer hardware, but that’s the extent of the package. Both titles are such singular, stylish releases that the stories about their creation have to be interesting; I wish they could have been told and included here.

But in terms of a clean, simple release of two classic games at a fair price, playable this smoothly at this high of a resolution on modern consoles? It’s hard to complain. If you’ve ever wanted to play Bayonetta or Vanquish on your current-generation console, or have yet to pick up the PC releases, this is a great excuse to do so.

Bayonetta and Vanquish 10th Anniversary Bundle is now available on PlayStation 4 and Xbox One. The game was reviewed on Xbox One X using a retail disc copy provided by Sega. You can find additional information about Polygon’s ethics policy here.