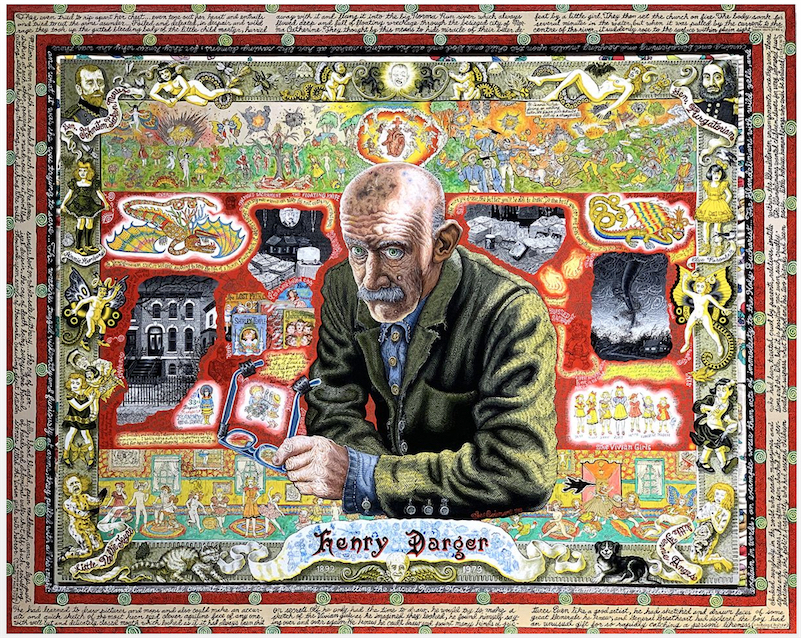 “Outsider art” is generally defined as work created by untrained, self-taught, or “naïve” artists who aren’t connected to or influenced by the traditional art world. Like most art labels, it’s murky. But if anyone can help follow its historical threads, that person would be gallerist Andrew Edlin, owner of the influential Outsider Art Fair happening right now in New York City. In the below new episode of Juxtapoz Radio, Edlin looks at the history and present of the genre and its place in the art establishment:

From Jean Dubuffet coining the term Art Brut in the 1940s to Roger Cardinal in the 1970s bringing the term “Outsider Art” to prominence, there has been an enduring if not increasingly complicated relationship between the genre and the institutional art world. Can Outsider Art remain, well, Outsider, when shown in museums and placed into the history books?

Invader’s “Rubik Mona Lisa,” made from hundreds of Rubik’s Cubes, expected to get $166,000 at auction

“Rubik Mona Lisa” (2005) by legendary French street artist Invader, is expected to sell for around $166,000 at a forthcoming auction. Made from more than 300 Rubik’s Cubes, it’s the centerpiece of Artcurial’s “Urban Art” sale taking place on February 23. Invader first experimented with what he calls Rubikcubism in 2004 and has since created […]

Philosophia-47: “On the occasion of the Chinese New Year, here is a PJ17 image as seen through the eyes of famous Song Dynasty artist Chen Rong.” The source image is from the Juno Mission’s processing page. This is where we will post raw images. We invite you to download them, do your own image processing, […]

Does this yeti, Nepal’s official tourist mascot, actually look like a yeti?

As part of the Nepal government’s new tourism campaign, officials commissioned more than 100 huge yeti statues designed by Ang Tsherin Sherpa to be painted by various artists and placed around the world to build excitement about visiting the region. A very fun idea but many people in Nepal don’t think the statue looks anything […]

Produce your own professional-level images and videos with PixTeller PRO

We’re going to let you in on a little secret: You don’t need to dish out hundreds of dollars on a professional designer or spend an exorbitant amount of time learning the Adobe Suite in order to get pro-level designs for your company or project—regardless of whether you’re trying to build a website or create […]

If you’re getting into home repair, woodworking or a whole bunch of those DIY dude-approved pastimes, you’ll soon find that the need to assemble a vast array of power tools can quickly turn into a mild addiction…and an expensive one at that. In most cases, each hyper-specialized tool can set you back $100, $200, $500 […]

5 reasons to sell on Etsy (and how to get started)

Etsy has made it easier than ever to sell homemade crafts and vintage goods directly to your target demographic with practically zero overhead. With a community and vibe that’s similar to eBay, Etsy should be on your radar if you’re interested in earning either a passive or full-time income selling everything from artwork to artisan […]