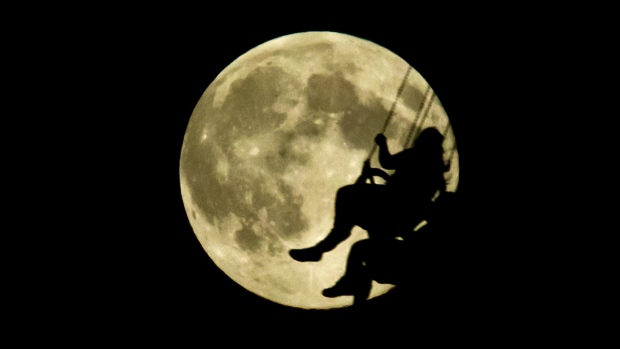 TORONTO —
People in Atlantic Canada could be treated to a ‘wolf moon’ eclipse on Friday.

The ‘wolf moon,’ a nickname given to the full moon in January, is expected to begin on Friday afternoon, with an eclipse shortly after.

The penumbra lunar eclipse is expected to happen in the middle of the day in many parts of Canada, but it should be visible briefly in Atlantic Canada, as it’s expected to end by 5:15 p.m. AST.

A penumbral lunar eclipse occurs when the moon enters into Earth’s outer shadow and will appear darker than usual, according to the Old Farmer’s Almanac. It is not as dramatic as a total lunar eclipse, but should still be noticeable to observers.

According to Accuweather, stargazers in Asia, Australia, Africa, Europe and Alaska should also be able to see the eclipse.