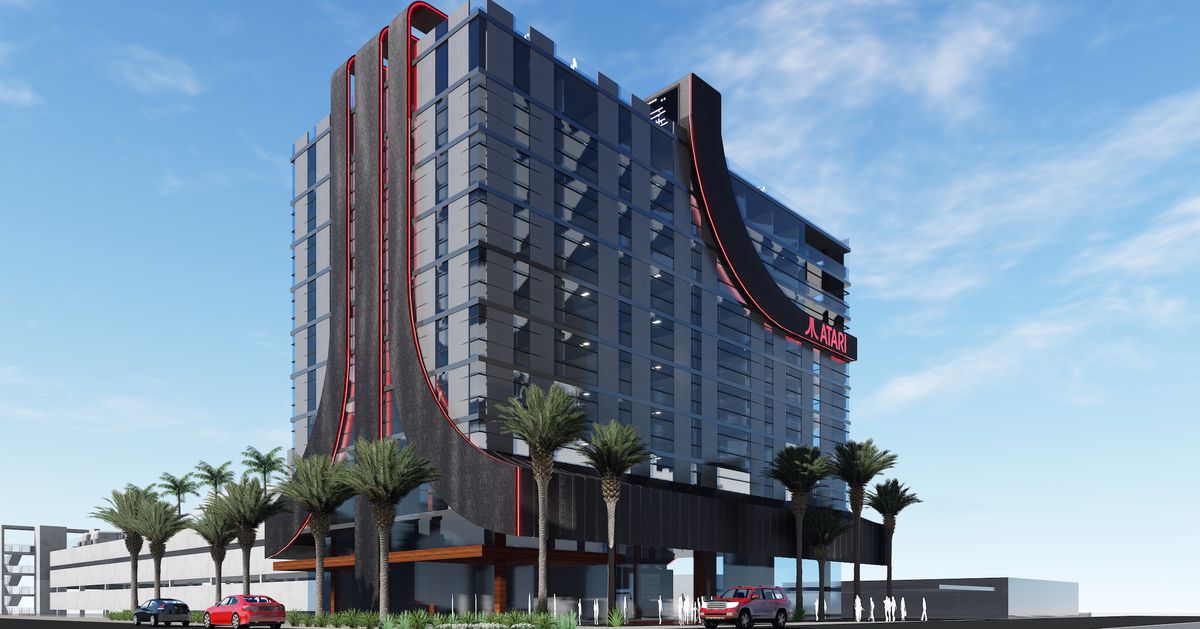 Atari Interactive, the company behind hats with built-in speakers and a new version of the Atari VCS console, is getting into the hotel business. Eight Atari-themed hotels are in development, with the first expected to break ground on construction this year in Phoenix, Arizona.

Atari’s hotels will, of course, be video game themed, featuring “fully immersive” virtual reality and augmented reality experiences, and venues at select locations designed to accommodate esports events. As seen in renders of the hotels, the iconic Atari logo will feature prominently in the design of the company’s buildings.

Atari Interactive is a subsidiary of Atari SA, the French holding company previously known as Infogrames. The current version of Atari owns and manages a stable of game franchises, including Asteroids, Centipede, Missile Command, Pong, and RollerCoaster Tycoon. The company’s Atari VCS is expected to launch in 2020 after a successful crowdfunding campaign on IndieGoGo.