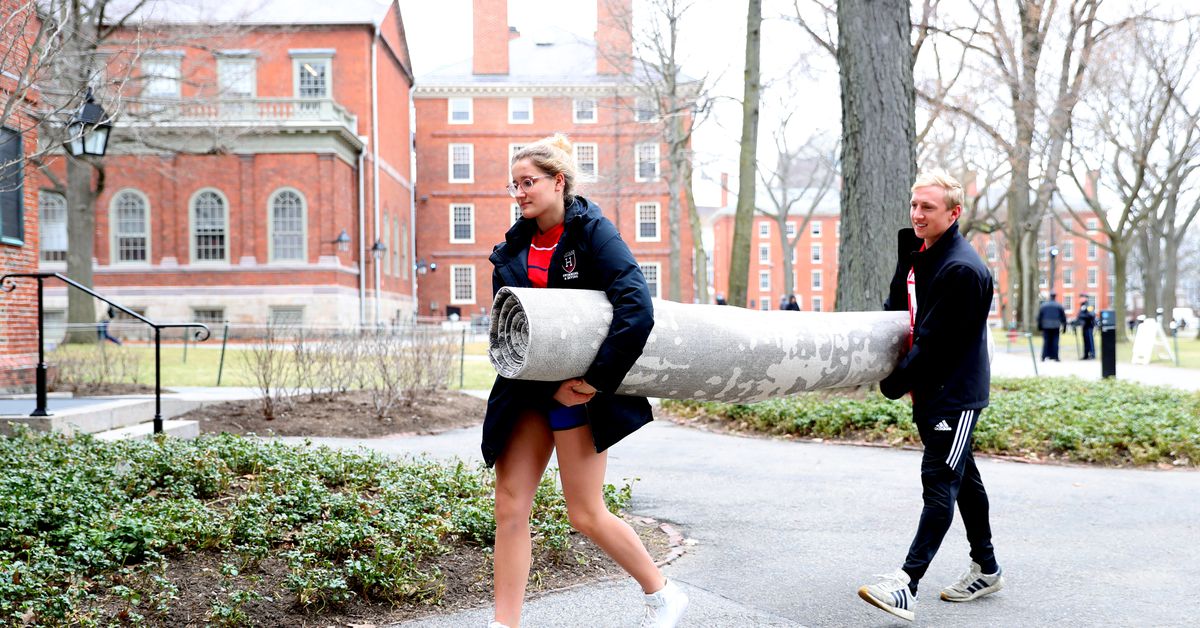 On March 11th, the University of Southern California sent an email to its students, faculty, and staff. “Students who are leaving campus for Spring Recess may not return until at least Monday, April 13.” The university had previously planned to hold classes online through March 29th. But the new edict — that students were expected to vacate their housing — threw the campus into confusion.

“I’m kind of freaking out,” said USC senior Eudelio Garza, who is from Mexico. “No one really knows what’s going on.” For some of the university’s 12,000 international students — and over 1 million at universities around the country — the future is uncertain. Since the announcement, USC students have fled campus in droves.

USC is one of more than 200 colleges and universities across the US that have closed in an effort to slow the spread of COVID-19, the respiratory disease associated with the new coronavirus. The World Health Organization has confirmed more than 169,000 cases of the virus around the world, and more than 3,700 have been identified in the US. (Testing lags in the US, though, so that is certainly an undercount of people who are sick.)

So far, one USC undergraduate has tested positive for the virus. As of March 17th, there have been 94 confirmed cases in Los Angeles county, where the university is based. As the US Centers for Disease Control and Prevention advise against mass gatherings and annual conferences from SXSW to the Geneva Motor Show are shut down, experts say that social distancing is the best defense against the global pandemic. That’s difficult on a packed campus — which is why the schools are closing.

Classes will take place online for the rest of the academic semester, USC administrators announced in an email yesterday. Students can remain in campus housing if they’re unable to leave. But many campus services, including libraries, gyms, and dining halls, will be closed or at reduced capacity for students who stay behind.

“I can’t really go back to Mexico,” said Garza, who is in the US on a student visa. “There’s a huge likelihood that Donald Trump imposes a border closure. That’s my biggest fear: that if I leave the US, I won’t be able to come back for like two months.”

Garza is in the process of applying for Post-Completion Optional Practical Training (OPT), which allows F-1 students to work in the US for a 12-month period following graduation. The application process has very strict deadlines, and requires snail-mail correspondence, so it’s difficult to complete while traveling abroad. Garza counts himself lucky: he’ll be able to remain in Los Angeles while he finishes his OPT application. Beyond that, “there’s a lot of ambiguity.”

Surprise campus closures are just the beginning of the difficulties international students face. In addition to the stress of moving and saying goodbye to friends, many of these students are scrambling to secure access to things many college students take for granted, including financial security, internet access, and a stable place to study. And on top of all that, it’s increasingly hard for some students to get home.

President Donald Trump announced a ban on most travel from continental Europe last Wednesday, then abruptly extended the ban to include the UK and Ireland on Sunday. But the US isn’t the only country imposing unpredictable travel barriers: the European Union has imposed a 30-day entry ban, and over 30 countries around the world restricted travel in some form. Some students fear being caught in the lurch.

“Going back home right now would mean going through Europe,” said Theodor Marcu, a Princeton senior from Romania. “It could mean getting stuck in limbo in some random country where they’re shutting borders one after another.”

Time zones also pose a question mark to international students as professors scramble to convert their courses to an online format. An online lecture at 3PM in Princeton, for example, would take place at 9PM in Bucharest.

Before Princeton’s announcement, a student group called Princeton Students Against Forced Eviction asked that the university not force students off campus, that it subsidize student travel and storage, and that it compensate student workers for missed wages, in a petition that collected over 5,000 signatures.

Princeton announced on March 11th that students were required to move out by March 19th. The university made exceptions for students who were unable to leave, including international students from countries with travel restrictions. Princeton later announced that it would provide a $150 move-out allowance to students who receive financial aid.

Marcu applied to stay on campus and was granted an exemption, but still isn’t sure where he’ll be staying long term.

“It’s sad not to be around people,” Marcu said. “I don’t know how that’s going to affect my learning.” Marcu, a computer science major, is working on a thesis and is apprehensive about having to meet with his professors and advisers over Zoom. “It’s definitely going to be a bit depressing.”

Princeton is still in the process of studying the best strategies for online instruction, said spokesman Michael Hotchkiss. The university is considering policy adjustments, including pass / fail options and re-weighting midterm examinations. Academics are an important concern, but some students are also coping with another uncertainty: income.

Harvard senior James Bedford, who is from southwest England and receives full financial aid from the university, works multiple on-campus jobs. On March 10th, Bedford and the rest of Harvard University’s 6,000 students were told that they had until March 15th to vacate their dorms. Bedford applied to remain on campus until mid-May and was granted an exemption; like Garza, he’s in the process of applying to stay in the US for another year. But he’s only legally authorized to work for Harvard, and the school’s closing may eliminate or reduce his sources of funds. What’s more, he doesn’t have stable internet access at his home in the UK.

Bedford has to figure out how to stretch savings that were meant for two months to last for four or five. In August, he’ll begin work for the Boston Consulting Group. Until then, “I’m going to see what I can do and how I can possibly stretch these savings,” Bedford said. “Otherwise, I will see how far credit cards and loans will take me. I’m trying not to think about it.”

For students who do leave campus, the future is still ambiguous. A Harvard junior, who asked to remain anonymous out of fear of repercussions from the school, doesn’t have stable internet access at her home in Zimbabwe. That means she won’t be able to complete online classes there. She flew to the UK on Sunday, where she’s staying with aunts and cousins while she figures out somewhere more permanent to live. “This whole thing has really exposed inequalities and things that were not spoken about previously,” the student said.

Leaving campus so early, the student said, was surreal. Her final week involved parties and celebrations, but also numbness and shock. The closure was so sudden, and the aftermath so chaotic, that she and her friends haven’t had time to process their new, isolated reality. That processing, presumably, will take place over the next few months for millions of students around the world.

But she doesn’t know what the next few months will look like yet. “Right now, I’m taking it one day at a time.”