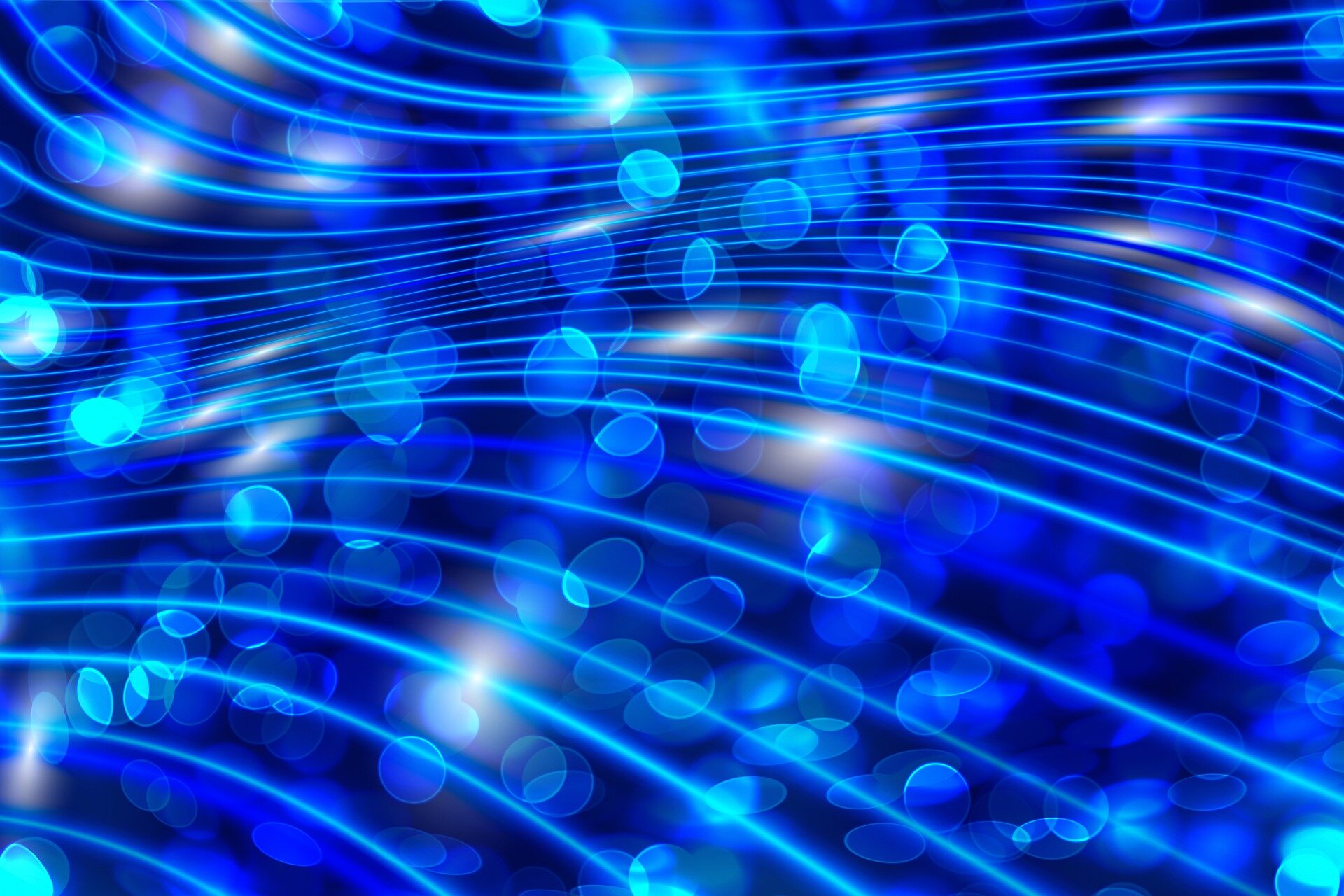 In a paper published today in Nature Communications, UNSW quantum computing researchers describe how they created artificial atoms in a silicon ‘quantum dot’, a tiny space in a quantum circuit where electrons are used as qubits (or quantum bits), the basic units of quantum information.

Scientia Professor Andrew Dzurak explains that unlike a real atom, an artificial atom has no nucleus, but it still has shells of electrons whizzing around the centre of the device, rather than around the atom’s nucleus.

“The idea of creating artificial atoms using electrons is not new, in fact it was first proposed theoretically in the 1930s and then experimentally demonstrated in the 1990s—although not in silicon. We first made a rudimentary version of it in silicon back in 2013,” says Professor Dzurak, who is an ARC Laureate Fellow and is also director of the Australian National Fabrication Facility at UNSW, where the quantum dot device was manufactured.

“But what really excites us about our latest research is that artificial atoms with a higher number of electrons turn out to be much more robust qubits than previously thought possible, meaning they can be reliably used for calculations in quantum computers. This is significant because qubits based on just one electron can be very unreliable.”

Professor Dzurak likens the different types of artificial atoms his team has created to a kind of periodic table for quantum bits, which he says is apt given that 2019—when this ground-breaking work was carried out—was the International Year of the Periodic Table.

“If you think back to your high school science class, you may remember a dusty chart hanging on the wall that listed all the known elements in the order of how many electrons they had, starting with Hydrogen with one electron, Helium with two, Lithium with three and so on.

“You may even remember that as each atom gets heavier, with more and more electrons, they organise into different levels of orbit, known as ‘shells’.

“It turns out that when we create artificial atoms in our quantum circuits, they also have well organised and predictable shells of electrons, just like natural atoms in the periodic table do.”

Professor Dzurak and his team from UNSW’s School of Electrical Engineering—including Ph.D. student Ross Leon who is also lead author in the research, and Dr. Andre Saraiva—configured a quantum device in silicon to test the stability of electrons in artificial atoms.

They applied a voltage to the silicon via a metal surface ‘gate’ electrode to attract spare electrons from the silicon to form the quantum dot, an infinitesimally small space of only around 10 nanometres in diameter.

“As we slowly increased the voltage, we would draw in new electrons, one after another, to form an artificial atom in our quantum dot,” says Dr. Saraiva, who led the theoretical analysis of the results.

“In a real atom, you have a positive charge in the middle, being the nucleus, and then the negatively charged electrons are held around it in three dimensional orbits. In our case, rather than the positive nucleus, the positive charge comes from the gate electrode which is separated from the silicon by an insulating barrier of silicon oxide, and then the electrons are suspended underneath it, each orbiting around the centre of the quantum dot. But rather than forming a sphere, they are arranged flat, in a disc.”

Mr Leon, who ran the experiments, says the researchers were interested in what happened when an extra electron began to populate a new outer shell. In the periodic table, the elements with just one electron in their outer shells include Hydrogen and the metals Lithium, Sodium and Potassium.

“When we create the equivalent of Hydrogen, Lithium and Sodium in the quantum dot, we are basically able to use that lone electron on the outer shell as a qubit,” Ross says.

“Up until now, imperfections in silicon devices at the atomic level have disrupted the way qubits behave, leading to unreliable operation and errors. But it seems that the extra electrons in the inner shells act like a ‘primer’ on the imperfect surface of the quantum dot, smoothing things out and giving stability to the electron in the outer shell.”

Achieving stability and control of electrons is a crucial step towards silicon-based quantum computers becoming a reality. Where a classical computer uses ‘bits’ of information represented by either a 0 or a 1, the qubits in a quantum computer can store values of 0 and 1 simultaneously. This enables a quantum computer to carry out calculations in parallel, rather than one after another as a conventional computer would. The data processing power of a quantum computer then increases exponentially with the number of qubits it has available.

It is the spin of an electron that we use to encode the value of the qubit, explains Professor Dzurak.

“Spin is a quantum mechanical property. An electron acts like a tiny magnet and depending on which way it spins its north pole can either point up or down, corresponding to a 1 or a 0.

“When the electrons in either a real atom, or our artificial atoms, form a complete shell, they align their poles in opposite directions so that the total spin of the system is zero, making them useless as a qubit. But when we add one more electron to start a new shell, this extra electron has a spin that we can now use as a qubit again.

“Our new work shows that we can control the spin of electrons in the outer shells of these artificial atoms to give us reliable and stable qubits.

“This is really important because it means we can now work with much less fragile qubits. One electron is a very fragile thing. However an artificial atom with 5 electrons, or 13 electrons, is much more robust.”

Professor Dzurak’s group was the first in the world to demonstrate quantum logic between two qubits in silicon devices in 2015, and has also published a design for a full-scale quantum computer chip architecture based on CMOS technology, which is the same technology used to manufacture all modern-day computer chips.

“By using silicon CMOS technology we can significantly reduce the development time of quantum computers with the millions of qubits that will be needed to solve problems of global significance, such as the design of new medicines, or new chemical catalysts to reduce energy consumption”, says Professor Dzurak.

In a continuation of this latest breakthrough, the group will explore how the rules of chemical bonding apply to these new artificial atoms, to create ‘artificial molecules’. These will be used to create improved multi-qubit logic gates needed for the realisation of a large-scale silicon quantum computer.

This document is subject to copyright. Apart from any fair dealing for the purpose of private study or research, no
part may be reproduced without the written permission. The content is provided for information purposes only.