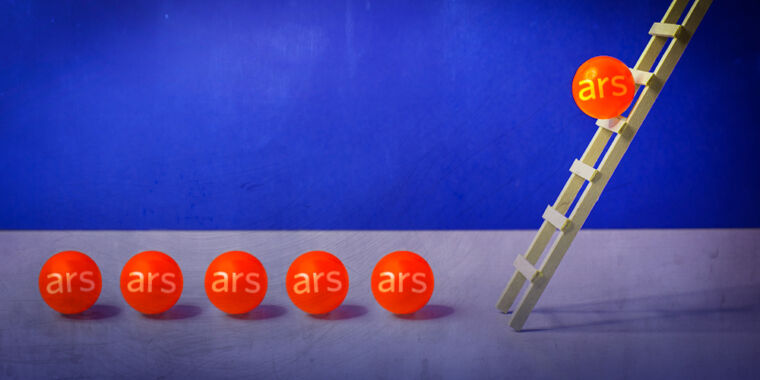 Over the past few weeks, we’ve been talking about how best to manage the current state of work and what companies will need to do in the near and not-too-distant future to adjust to post-pandemic reality. As expected, our readers had some opinions on these topics, too—ranging from insightful to inciteful.

So, in the interest of better surfacing the wisdom of our particular crowd, I’ve curated some of the thoughts of the Ars community on the topics of working better from home and what our shared experiences have taught us about the future of collaboration technology and the future nature of the corporate office. As always, we hope you’ll share additional wisdom in the comments here, as they may guide some future coverage on issues related to the realities of future work.

It came as no surprise that many of our long-time readers have had relatively no difficulty adjusting to working from home over the past six months—some already did, while others already may have had more computing power in their home environment than some companies’ data centers can muster. And there was a fairly consistent theme of improved productivity. As veteran Arsian Zippy Peanut commented:

[T]his is a situation where being a PC gamer mitigated many of the concerns raised in this article. For me, sustained PC gaming has always demanded good ergonomics, especially for an old guy like me; so, switching to working from home was actually ergonomically better, except for the lighting – and that took five minutes to fix.

And the PC? Let’s just say that spreading Chrome, Edge, various data bases, Word, Excel, and Reader across two enormous gaming monitors, as opposed [to] the cheapos at work, has been a huge improvement and has improved productivity. Now, if only my workplace’s VPN could get a little faster….

Zippy also got a lot of love for remarks on the necessity for physical activity during the work day, in response to comments about sore legs. “Try getting up more frequently. Try to take several short walks throughout the day. And try to get some hamstring stretches in too: a daily, disciplined stretching regimen will help your whole body. This is basic stuff most folks can fit into their day. If you want to take it up a notch: yoga! – the fountain of youth.”

I have found that using a standing desk and a balance board ups my physical activity some, but never enough to close my accursed activity rings. A change of scenery—even if it’s just to a spot big enough to hold a yoga mat—is important.

You may have to create that space. I’ve been doing the home office thing for a long time, but one of the best things I did when I changed jobs was to take a few days to totally restructure my workspace. That included purging a lot of stuff—a step highly recommended by Ars senior forum member Navalia Vigilate:

Do yourself a favor and take the time to at least perform a 50% clean up of that hobby-room desk area. De-clutter, throw away some things you haven’t used since January. It will be good for you for both working from home and for the hobbies. It will suck, until it suddenly stops sucking, then it will be nice.

Good office seating is key to home-work survival, and several readers pointed out ways to obtain quality office chairs without breaking the bank. KingKrayola noted, “Don’t let [Herman Miller] hear this, but their range of meeting and visitor chairs are half the price of their task chairs, don’t need an ergonomics expert to set up, and work just fine.”

As for the top of the line from Herman Miller and Steelcase, thegrommit pointed out, “Used office furniture stores will often have these at much lower prices. They will have plenty of stock as the trend of companies closing and/or reducing capacity of offices accelerates.” However, Pusher of Buttons warned, “I will toss out that the internet is filled with some less than ethical companies that resell high end office furniture and for buyer-beware if you see deals that just seem too good to be true. I ran into this researching my purchase.”

In terms of technical advice, there were plenty of recommendations regarding new hardware—like picking a monitor that is also a USB-C hub. A USB-C hub that can pass power through was essential for my wife, who uses a MacBook, and for my set-up for my corporate-issued MacBook Pro. Not all PCs charge from USB-C, so you may not be able to achieve one-outlet zen—but it will sure help with wire management (and with three computers and three monitors on my desk, my wire management needs all the help it can get).

Laptop stands also factored heavily in reader recommendations—especially ones with cooling. Flerchin gave a full accounting of his new layout, including an unexpected workspace:

I’m WFH until at least a year from now. Pay has been cut a bit, but even so the savings on the commute more than make up for it. I went to the office and brought home my chair (with permission). I got an Autonomous standing desk, North Bayou monitor arms, 2 Viewsonic monitors, a docking station, and a Nexstand laptop stand for my work laptop. I set the whole thing up in my walkin closet, that fortunately has a window for monitor backlighting. I tell people in video calls that I work in fashion. All in, about $700, far less than the “stimulus check.”

A note on monitors: you may be tempted to use a television as a monitor, because hey! Dual use! But be careful to go as high-definition as you can. While laptop monitors may not be big and bright enough for all-day use without eye strain, the wrong monitor might make things difficult, as pbat found:

I started the lockdown period working on my MacBook (13″) and two big Nec monitors from my office (27″ I think, I don’t remember the resolution but they are NOT 4k). After the first day I realised that my eyes were tired of switching from the lower-resolution NEC to the MacBook. I tried to decrease the resolution in order to increase DPI on the NEC, but the difference in how text was rendered was still noticeable and bothered me.

I did some googling on how to have retina-like display on external, non-Apple monitors and I came to the conclusion that the only viable way was to use 4K monitors.

Yes indeed! I first tried a massive 4k TV from a friend of mine, then bought a 4K LG monitor and it works perfectly! The text is as crisp as on the MacBook and my eyes are less tired. Best 300 Euros spent in lockdown.

Aside from responding with protests of post-traumatic stress after I mentioned Lotus Notes in our article on the future of collaboration, our readers had some on-point thoughts on the current strengths and weaknesses of collaboration technology—particularly in the face of current circumstances. And one of the problems is collaborating across companies effectively.

“[The] biggest problem I find is scaling outwards,” wrote robrob. “There’s no equivalent to ‘get everyone in a room and work it out’ that really works as well when it comes to multiple companies being involved. I had to deal with people on 4 different domains the other day, it didn’t go well because there’s no standards here, everyone wanted to share files differently, use different video platforms, the collaboration really broke down quickly because there’s no standard behaviour.”