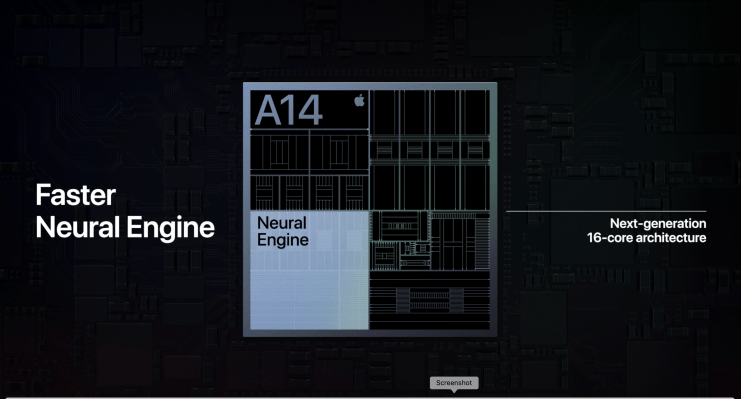 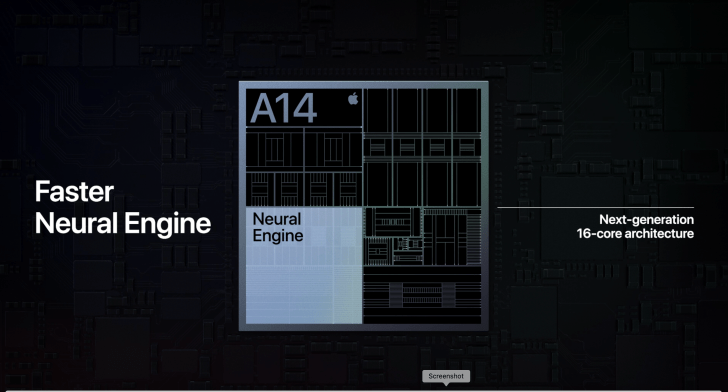 No iPhone 12 announced today, but Apple unveiled a new chip that will power the next generation of its hardware (including that phone whenever it’s launched). The A14 Bionic, which will ship first with the new iPad Air, is going to be Apple’s fastest yet.

In the space race that is CPU and GPU improvements, this is a groundbreaking step change. Apple says that the A14 makes it the first to use five nanometer process technology, incredibly small-scale but powerful architecture, with 11.8 billion transistors packed into the chip, up 40% on its previous generation seven nanometer chips. This will work out to 11 trillion operations per second.

This makes the iPad Air, as one example, something that it will market not just at younger users because of its competitive price, but gamers and other power users. Photo editing will be faster, and so will any analytical applications, with the chip also featuring a 16-core neural engine, essential for machine learning but also any app that relies on AI processes. 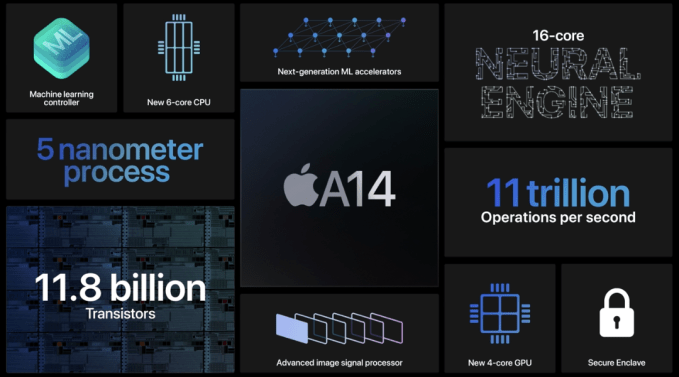 There is a reason why Apple spells out how fast the chip makes its new tablet compared to some other popular devices in the world of consumer electronics (without mentioning any brand names, of course).

It’s because chips are quite literally at the heart of how the consumer electronics industry competes, and the next generation of how that will play out will be very interesting indeed, with Nvidia this weekend announcing its intent to acquire Arm — an Apple partner — for $40 billion.

Arm has positioned itself as a “Switzerland” in the industry, providing its designs to everyone on equal footing, but it has been increasingly taking on a more autonomous role in its chip design over the years, and this A14 is the latest product of that strategy.