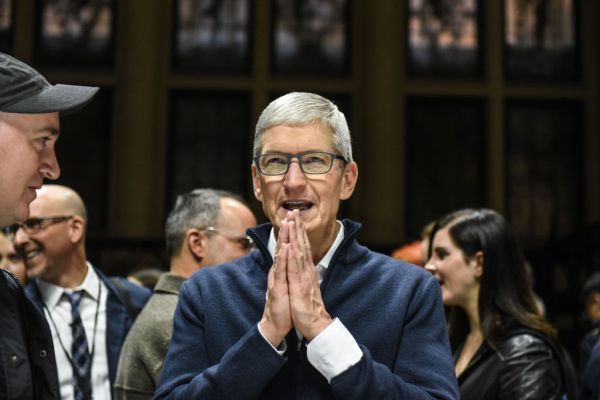 Today after the bell, Apple reported the results of the first quarter of its fiscal 2020. The company’s revenue totaled $91.8 billion, far ahead of expectations of $88.43 billion. At the same time, the company’s per-share profit of $4.99 was greater than the market-anticipated figure of $4.54 per share.

In immediate trading following the news, Apple’s stock is up several points. The company’s shares have traded at all-time highs in recent months, matching the northward march of many other technology companies’ equity.

Digging into the quarter a bit more, here’s how Apple’s performance shook out during the three-month period:

As you can see, Apple’s product revenue led its quarter. Digging into that line-item, here are the building blocks of its lucrative hardware business:

The company highlighted its smaller-device and home category, with CEO Tim Cook saying his company posted “all-time records for Services and Wearables.” Apple has worked in recent years to lessen its revenue dependence on the iPhone; services and smaller electronics are some of its hopes to do so. This is doubly true as the company posted a year-over-year decline in Mac revenue.

Apple wrapped calendar 2019 with cash, equivalents and various types of marketable securities worth $207 billion, while its debt load appeared to land around $118 billion.

Looking ahead, Apple anticipates Q2 F2020 revenue “between $63.0 billion and $67.0 billion,” and gross margin in the same range as the sequentially preceding quarter. A more regular, non-holiday three-month period in other words.