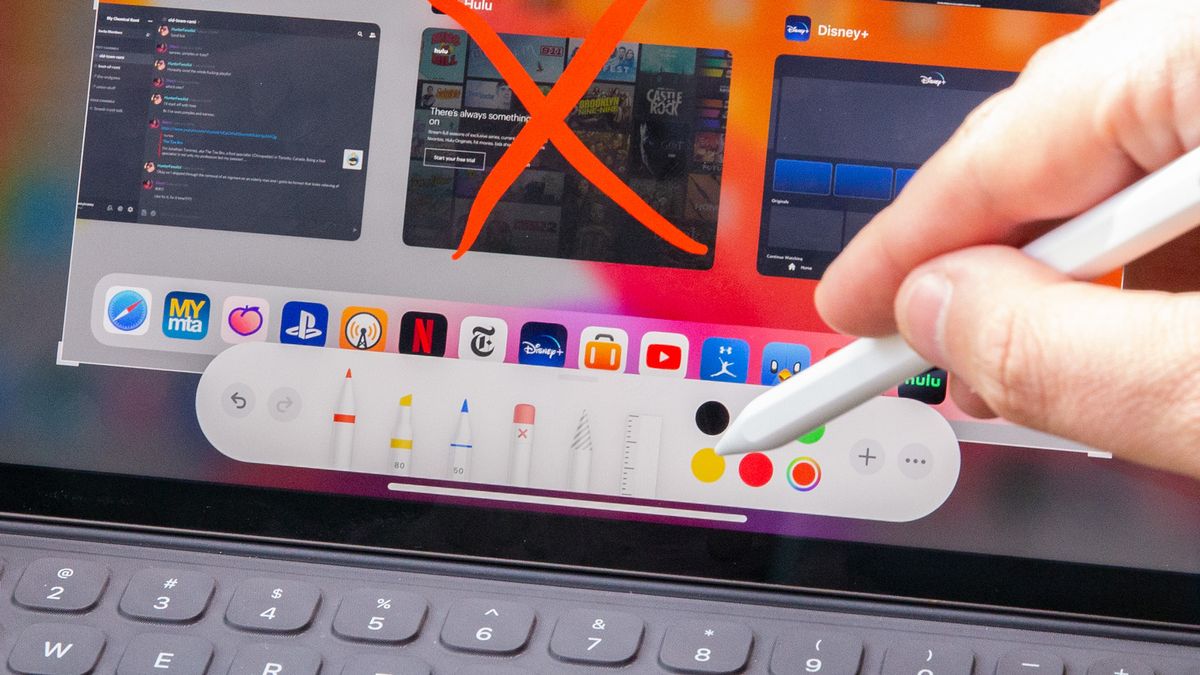 The Samsung Galaxy Note 20 is due to come, like the rest of the Note series, with the latest iteration of the company’s fantastic S Pen. The Bluetooth stylus helps you take notes, translating your handwriting into perfectly legible text, and has over 4096 different pressure levels to ensure it’s as sensitive and responsive as a normal pen on paper. It also acts as a remote control for your phone, helping you snap pictures without a timer and scroll through slides on a presentation.

The second-generation Apple Pencil, on the other hand, isn’t nearly as clever right now. It allows you to change tools with a double-tap and pair wirelessly with your iPad Pro, but it’s not quite got all the bells and whistles of the Samsung Galaxy Note 20. One may be paired with a tablet and the other a smartphone, but Apple doubtless sees the S Pen as the Pencil’s real rival.

However, it looks like Apple is taking steps to conquer the S Pen once and for all. A patent granted by the USPTO to Apple for a “touch-based input device with haptic feedback” shows Apple is incorporating more sophisticated technology into its stylus. It promises to include a “piezoelectric device” and a flexible casing to detect user input, create vibrations and even push out the housing of the S Pen in order to provide the user with information.

For example, if you’re using the Apple Pencil on a graphic design project, and you get an email notification, that notification could go straight to your Apple Pencil, pushing the housing out like a button in order to silently provide an alert. It could also be used to detect how hard the user is gripping the stylus and where their fingers are based.

This in turn means the device can effectively learn how you draw and adapt the iPad Pro’s creative software to better fit your style. it also tells you which bits of the housing to push against your fingers in order to provide notifications.

Newsoutlet AppleInsider claims the company files patents on an almost weekly basis, which is understandable: it’s a big technology conglomerate looking to stay ahead of the curve. It also means that not all these ideas pan out, or end up included in the final product, but it does provide a good indication of Apple’s current though processes, and which avenues the company are looking to go down next.

If Apple is aiming to redesign its stylus to take on the Samsung Galaxy Note 20 and its next iteraton of the S Pen, it’s easy to understand why: although it’s a phone, the large surface area and stylus of the Note series positions it as a platform to take on the same role as a tablet. Therefore, the Note 20 series is competing against both the iPhone and the iPad simultaneously, and an excellent stylus might help give it the edge in a head-to-head.

If Apple is upgrading its own Apple Pencil, will we see the Note 20 arrive with an even more sophisticated version of its top-quality S Pen? We’ll know more for sure as the leaks increase leading up to the phone’s launch.