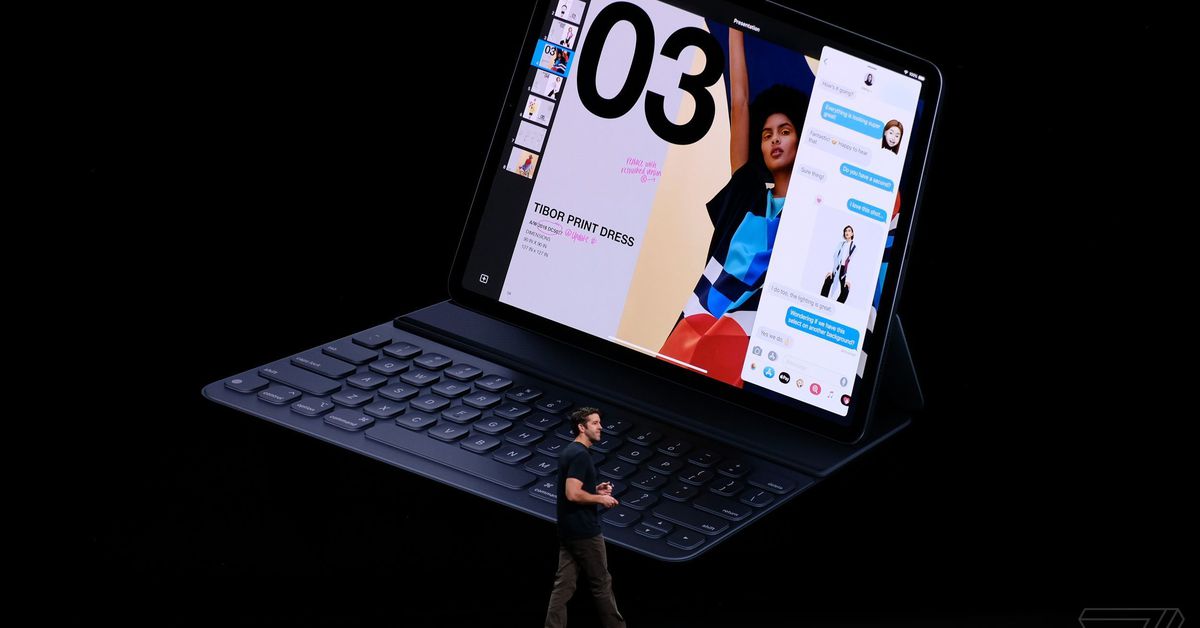 Adding a trackpad to an iPad keyboard would be yet another move from Apple to bring functionality typically associated with a laptop to the company’s popular tablet line. iPadOS already has mouse support, but it’s an extension of the iPad’s AssistiveTouch technology and you have to dig into the accessibility menu to turn it on. And the on-screen mouse pointer isn’t the usual little black arrow you might be used to on your computer — it’s a big, semi-opaque circle that has a dot in the middle.

So right now, Apple doesn’t seem to be pushing you to use a mouse on an iPad. But if the company does release an iPad keyboard with a trackpad, it seems possible mouse support could become a more visible feature in iPadOS in an upcoming software update.

And just yesterday, at the company’s annual shareholder meeting, Apple software chief Craig Federighi said, “If you like what you’ve seen us do with iPadOS, stay tuned, we’re going to keep working on it.” So it seems we should, unsurprisingly, expect new iPadOS updates at some point that lean more into the device’s dual purpose as a tablet and PC.

Perhaps Apple has seen positive response to mouse support — my colleague Sam Byford felt it was pretty good — and will make it a more core part of iPadOS along with this rumored new keyboard case. Now, Apple just needs to pull the reverse trick and add a touchscreen to a Mac.