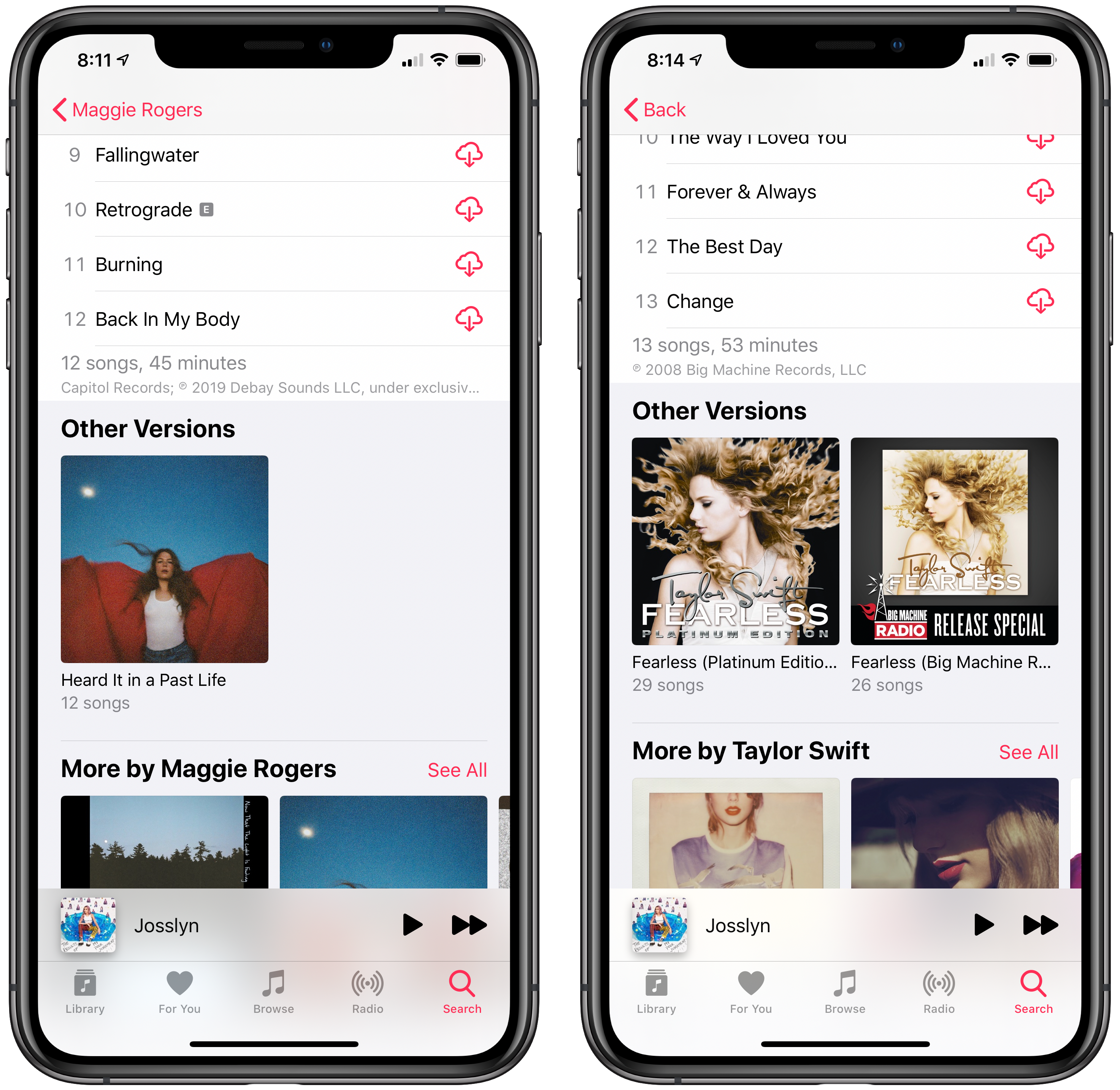 Apple Music has introduced a new UI for alternate albums in an effort to declutter artist pages and make it easier to find these albums. Now, when an alternate version of an album is available (a non-explicit version or a remaster, for example), it will be listed underneath the main album’s track list (via MacStories). This way, the “Albums” section on the artist’s main ‌Apple Music‌ page is a bit more focused on their main studio albums and doesn’t have clutter of deluxe editions, live albums, or explicit and non-explicit versions. This update does appear to be rolling out slowly, however, as some artist pages still have numerous versions listed under the “Albums” section.

To find if an album has the “Other Versions” list, simply open the album in ‌Apple Music‌, scroll down past the track list, and if there are alternate options you’ll see them listed at the bottom of the page. If any of your friends have listened to the album, “Other Versions” will be stacked beneath “Friends Who Listened.”

Apple has made quiet changes like this to its music streaming platform in the past, previously revamping artist pages with enlarged portraits and a shuffle all “play” button. More recently, the service gained a new “For You” tab layout that updates throughout the day with artists, songs, and moods that match various themes.

Yesterday, Apple also launched the “Replay 2020” playlist for its users, which will keep track of their most streamed songs throughout the year.