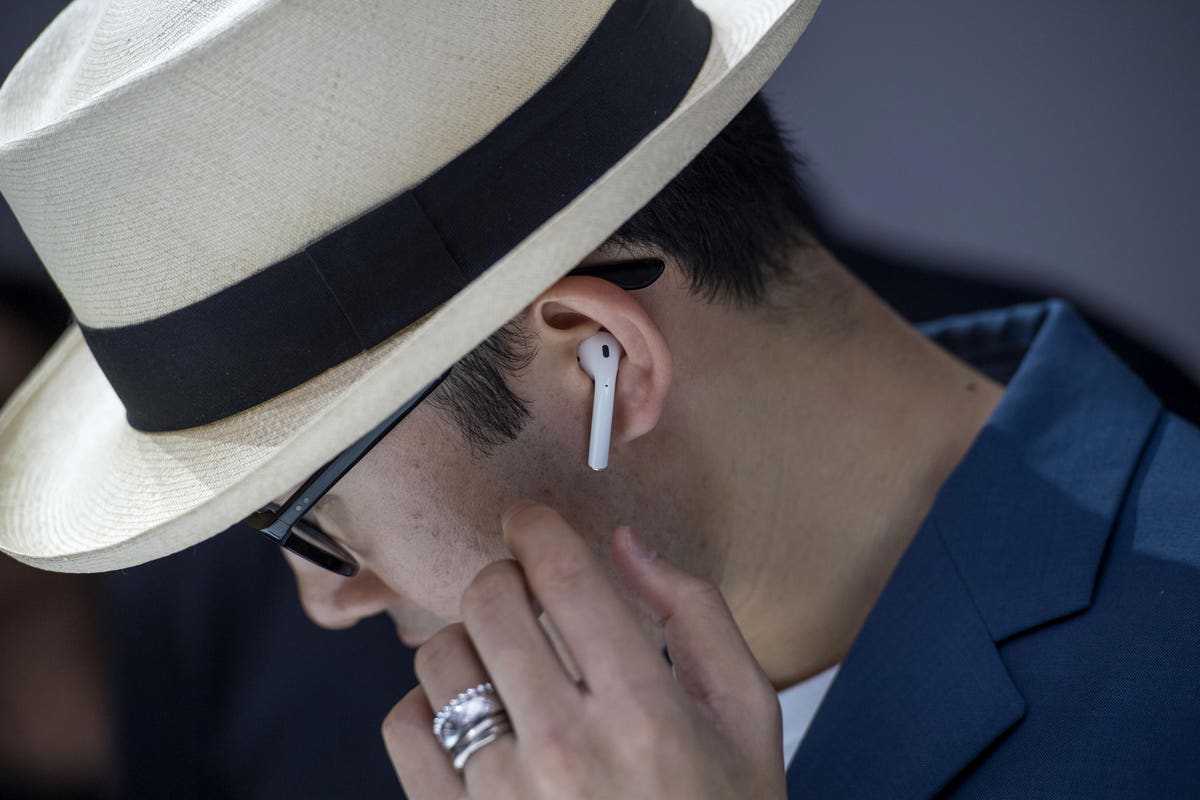 Taking a look back at another week of news and headlines from Cupertino, this week’s Apple Loop includes new video of the iPhone 12, a serious iOS hack that hurst everyone, a new display for your MacBook Pro, the iPad losing its number one spot, a new trick for the Apple Pencil, and how AirPods win the lockdown broadcasts.

More details on the upcoming iPhone 12’s external design have appeared this week. They confirm the basic shape of the unit – a throwback to the boxy structure introduced with the iPhone 4 – and both the placement of the camera island and the LIDAR sensor location. But the big news? Color. Forbes’ Gordon Kelly:

“On the back, you can also see the move to a quad-camera layout but the additional module will be a LiDAR sensor which we already know is capable of stunning real-time 3D environmental mapping. Sticking with the back, there’s also a preview of the new Navy Blue color option which will replace Midnight Green. To my eyes, it looks great but it’s a risk considering Midnight Green was very popular.”

Apple’s iOS 14 is expected to be announced at next month’s Virtual WWDC and be publicly available in September this year. Except for a number of hackers and security researchers. It has been reported that an early version of the smartphone operating system is in circulation. Lorenzo Franceschi-Bicchierai reports:

“Motherboard has not been able to independently verify exactly how it leaked, but five sources in the jailbreaking community familiar with the leak told us they think that someone obtained a development iPhone 11 running a version of iOS 14 dated December 2019, which was made to be used only by Apple developers. According to those sources, someone purchased it from vendors in China for thousands of dollars, and then extracted the iOS 14 internal build and distributed it in the iPhone jailbreaking and hacking community.”

While the code will change before the release, an early look could offer hackers and security firms the best areas to attack when iOS 14 starts appearing on consumers’ iPhones. More at Motherboard.

Apple is also addressing a new hack on iOS 13, which impacts on every iPhone with the operating system installed. While it requires someone to have access to your device, it does open up your information. Forbes’ Gordon Kelly reports:

“Learning more about the un0ver hack, security contacts have advised me that it currently requires physical access to your iPhone to operate. This provides full device access (microphone, texts, pictures, camera, etc) but would require an additional RCE (Remote Code Execution) to hack it from afar. This is what hackers will be working on right now as Apple scrambles to release a fix.”

More details on Apple’s new screen technology have come out this week, with further reports on the use of mini-LED screen technology in next year’s Apple products, including the MacBook line-up. Joe Rossignol reports:

“This timeframe lines up with one shared by analyst Ming-Chi Kuo, who recently said that Apple suppliers are slated to begin mass production of related components between the fourth quarter of 2020 and the first quarter of 2021, suggesting that the majority if not all of the Mini-LED devices will be released next year.”

More at MacRumors. Does this mean that buying the current MacBook Pro is a mistake? Well, there is the new ‘Magic’ keyboard, but is that enough:

“…Those who need the smaller Pro laptop now will pick up a machine that matches the competition, but if anyone is looking for a genuine upgrade and a sprinkle of the old Apple magic will have to wait until next year.”

Apple’s iPad range has lost the number one tablet spot in China to Huawei. In a market weakened by the coronavirus pandemic, with lockdowns furloughs, sales across the board have dropped, but the Chinese-based manufacturer has come out on top. Tim Hardwick reports:

“China’s tablet shipments plunged 30 per cent in the first quarter compared to the same period last year, based on data from research firm IDC. Huawei was the only brand to see positive year-on-year growth, up 4.3 per cent in the quarter ended March 31 to 1.5 million units.

“The Chinese electronics giant’s success saw it topple Apple as the top tablet brand for the quarter, with a 40.2 percent share of China’s market compared to 31.5 percent for Apple.”

Use The Force, Young Pencil

Will Apple follow Microsoft’s lead and add a Surface Pen like button to the Apple Pencil? The latest patent suggests that Apple is considering such an action, but with an extra twist. Retroactively adding force sensitivity, Malcolm Owen reports:

“In a patent granted by the US Patent and Trademark Office on Tuesday titled “Stylus with input adapter,” Apple offers a number of attachments that could be applied to the current generations of Apple Pencil. While a number of options are offered, including highly engineered versions and simple designs using a fulcrum, the core concept of it influencing the nib remains the same across the board.

“Apple’s proposal leans on the idea that the nib is capable of measuring pressure, both when it is pressed into a surface and when it is being pulled.”

With the rise of television chat shows, talking heads on the news, and comedy panel shows all using video calls to make a connection from homes under lockdown to the TV studio, people are improvising in-ear monitors. And the winning piece of tech is the Apple AirPods. Russell Holly reports:

“It doesn’t matter if they’re the OG Airpods or the newer AirPods Pro, Apple’s True Wireless earbuds are clearly the headset of choice in our quarantined world. Netflix producers shipped an iPhone and a pair of AirPods to everyone involved in the bonus episode of Tiger King, and they did this because these heaphones are dead simple to use and it created a base line of audio quality for the editors to work with. Everyone had the same quality audio and video, which makes editing any project easier.”