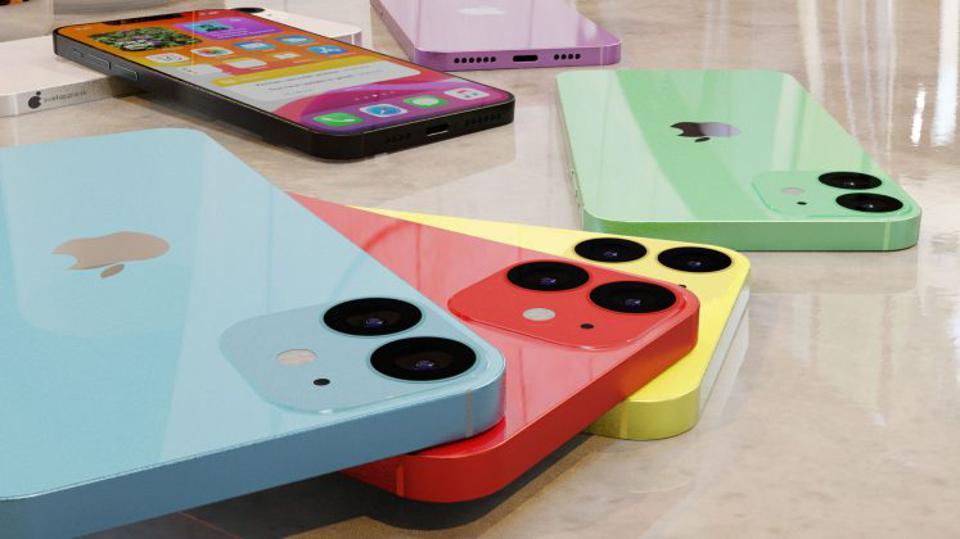 Taking a look back at another week of news and headlines from Cupertino, this week’s Apple Loop includes the latest leaked design of of the iPhone 12, the launch date of Apple’s new iPhone 12, Epic Games’ struggle with the App Store, losing the MacBook Air, latest iMac reviews, iPad Air specs lea, and a year of the Apple Card.

Although it has not yet been made official, the launch event for Apple’s iPhone 12 family is expected to take place in early September. Traditionally a Tuesday event, there’s now a suggestion that Thursday September 10 is an option. Why? Preparations to stream the event on youTube were spotted by the geekerati. Michael Potuck reports:

“The date listed for the video going live was September 10 (first image in tweet below showing date in European format). While it’s possible the slip-up could have revealed when Apple is going to have its iPhone 12 event, September 10 was also last year’s iPhone 11 event date. Maybe the date for today’s YouTube test remained the same from last year?”

Case manufacturers have always been a good source of ‘final design images’ of handsets ahead of a launch event , and the iPhone 12 designs are no exception. This week saw a rush of cases going on sale (that’s how confident the manufacturers are), which in turn showcases the iPhone 12 look, if not the actual specs. Forbes’ Gordon Kelly:

“They originate from smartphone case maker Skech, which should add to their credibility because case makers get access to new iPhone chassis designs and dimensions early, so they can start working on their accessories. That said, case makers don’t receive information on the exact camera module layout or the notch, since these details are not crucial to their products. This means the dummy units use last year’s designs there as placeholders.”

The continued battle over the App Store between Apple and Epic Games continued this week, with Apple giving Epic Games notice that it would be removing its Developer Account and access to the App Store not just for Fortnite, but Epic’s entire portfolio. This includes the Unreal 3D Engine used by countless developers. Jacob Kastrenakes for The Verge:

“Apple will terminate Epic’s inclusion in the Apple Developer Program, a membership that’s necessary to distribute apps on iOS devices or use Apple developer tools, if the company does not “cure your breaches” to the agreement within two weeks, according to a letter from Apple that was shared by Epic. Epic won’t be able to notarize Mac apps either, a process that could make installing Epic’s software more difficult or block it altogether. Apple requires that all apps are notarised before they can be run on newer versions of macOS, even if they’re distributed outside the App Store.”

Ben Thompson takes an in-depth look at the the case of “Apple, Epic, and the App Store”, from the fundamentals, through the software stack, to the App Store issues:

“…the question as to what is anticompetitive and what is simply good business changes as a business scales. A small business can generally be as anticompetitive as it wants to be, while a much larger business is much more constrained in how anticompetitively it can act (as a quick aside, for the first part of this essay I am painting in broad strokes as far as questions of specific legality go). The specific case of Apple and the iPhone raises an additional angle: should the importance of the market in the question make a difference as well?”

Much more at Stratechery.

Some Questions And Answers About The Epic Case

August 23 Update: The ins and outs of Epic Games’ legal action the Apple App Store (and a similar action against the Google Play store) has many facets, and its nowhere close to being a simple case to understand. iMore has brought together FOSS Patents’ Florian Mueller, and analyst Neil Cybart, to go over the salient points. Stephen Warwick chairs the conversation:

The lawsuit itself is complex, and there have already been several major developments in the case. We sat down (virtually, of course)… to discuss the lawsuit, how Epic got the ball rolling, its basic demands, and of course, the comparison between the lawsuit against Google. We also chatted about the context of antitrust complaints like those of Spotify, and what it all means for everyday consumers

What Should Apple Call The New MacBook?

With the move to ARM-based Mac computers, will Apple look to maintain the current Air and Pro names, or take a different angle to differentiate the new products? While it looks like the Pro name will remain the Air name could be on the way out, as I noted earlier this week:

“Apple has been here before, with a new concept to launch with both the ‘Air’ and ‘Pro’ designations in use. Launched in March 2015, the 12-inch MacBook targeted the premium space between the Air and thePro. It was kept small and light, it had a fan-less design, and it was pushed as a highly portable laptop for day-to-day work. Sounds familiar?

“The MacBook Air is too old and has lost its totemic brilliance. The aura of the MacBook Pro is not a comfortable fit with what is currently expected from Apple. How about ‘MacBook’?”

Apple’s latest iMac, launched earlier this month, is now with the reviewers. Many are noting the improved FaceTime camera and the anti-glare coating, but the value is found in a steady increase of specs, not with any gee-whiz technology. Samuel Axon reviews the all-in-one macOS machine, starting with the positioning:

“With an ostensibly giant leap looming for the Mac, this new release is just an incremental step for the iMac. It boasts the usual updates: faster processors, better RAM and storage options, and better graphics processing. It also has a new webcam and better microphones.

“But it’s not a radical change overall. Rather, the new iMac represents a subtle refinement of one of the world’s best (albeit priciest) computers. It’s the calm before a coming storm.”

More at Ars Technica, and I’ve summarised all the iMac reviews here.

“Apple will launch the iPad Air 4 in March 2021 with an A14 processor, according to Chinese site MyDrivers.”

“…corroborates previous rumors that Apple will bring the ‌iPad‌ Air 4 much closer to the current iPad Pro in terms of design and features. The ‌iPad‌ Air 4 will reportedly have a smart connector on its rear to support the new Magic Keyboard. It is also apparently set to transition from the Lightning Connector to USB-C, and feature four stereo speakers.”

One year after its launch, Apple’s move into credit cards with the eponymous ‘Apple Card’ has been quite a roller coaster. From the lows of men receiving a better credit rating than women, to Goldman Sachs calling it “the most successful launch of a credit card in the United States ever”, there’s a lot to look back on. William Gallagher looks at 12 months in the life of the Apple Card:

“In every sense bar one, Apple Card is a typical Apple product. It was rumored for years, it launched to fanfare and criticism, plus it was even thought of first by Steve Jobs. The difference is that apart from its titanium card, it’s not hardware, and apart from its app, it’s not really software either.

“When we all look back to see exactly when Apple really pivoted from being a hardware company to a services one, we’re going to be sure it was 2019. It might even be March 25, 2019, when Apple eschewed its regular launching of new MacBooks, iPads or education products.”

The condensed history is at Apple Insider.