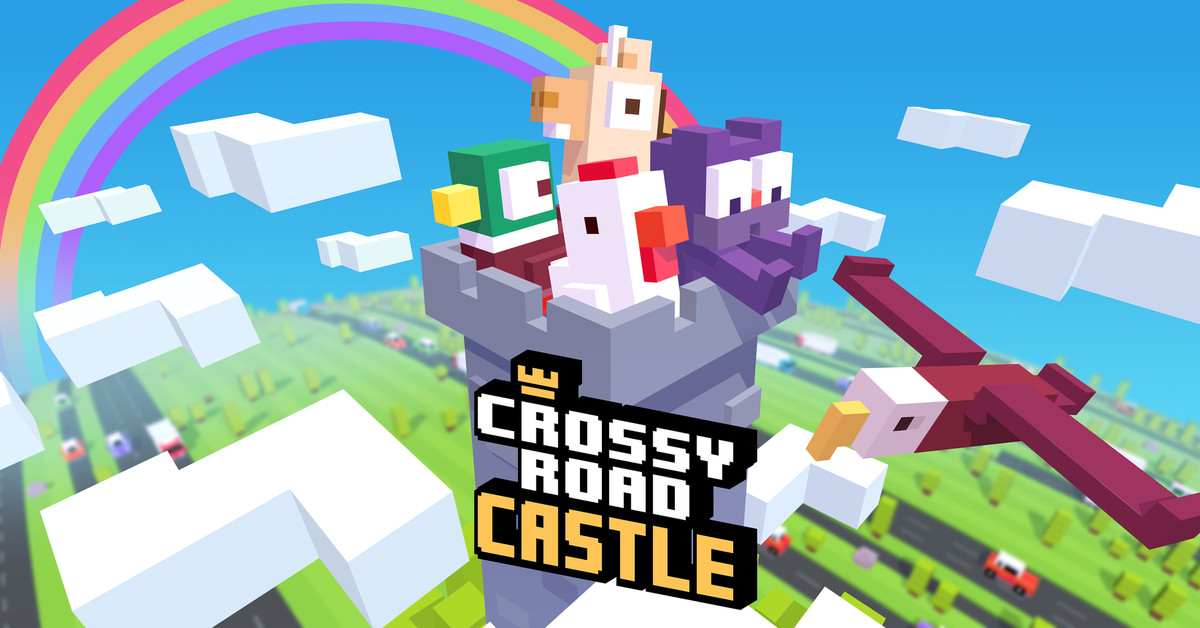 The studio made its name creating the Frogger-inspired endless runner Crossy Road back in 2014, which has enjoyed a fair amount of success as both a mobile game and a smart TV one available on Apple’s tvOS platform. Now, Hipster Whale is back with not quite a sequel, but more a spinoff using the same art style and cast of characters.

Crossy Road Castle is still an endless runner, but instead of crossing a busy street full of cars, you’re traversing an endlessly high castle tower full of obstacles and enemies. The levels are procedurally generated, Hipster Whale says, and there’s still a great deal of collectibles to unlock, as was the case with the original game’s colorful cast of polygonal animal avatars.

Crossy Road Castle also supports up to four-player co-op. The game can also be played with either touch controls or a controller.