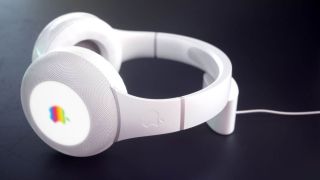 A mockup of what the Apple over-ear headphones could look like.
(Image credit: Curved)

Rumors of a pair of Apple over-ear headphones have been circling for a while now, and now an inventory listing from US store Target, may have revealed the price of the hotly-anticipated cans.

Multiple Target employees have started reaching out to me about this 🤔 Showing up in their systems and on UPC scanners is this mysterious “Apple AirPods (X Generation)” listing, priced at $399. 👀Potentially Apple’s over-ear “StudioPods” headphones. Launch soon (March)? pic.twitter.com/NVcqH8As47February 22, 2020

The product in the image appears to cost $399, which works out at around £300 / AU$600 – if these are the rumored Apple StudioPods, then the brand is aiming for the higher end of the price scale, surpassing the cost of competitors like the Sony WH-1000XM3 and the Bose Noise Cancelling Headphones 700.

Prosser also speculates that the Apple over-ear headphones could come in a range of colors, citing the existence of three different product codes, all priced at $399. So far, Apple’s existing headphones, the EarPods, AirPods, and AirPods Pro, have only ever been available in white, though Apple-owned Beats headphones often come in a range of bright colors.

Neither Apple nor Target have confirmed whether this leaked listing really is for the rumored Apple over-ear headphones, but it would corroborate predictions that the wireless headphones will launch in the first half of this year.

According to a report by respected analyst Ming-Chi Kuo, who correctly predicted the release of the upgraded Apple AirPods and the AirPods Pro in 2019, the headphones will launch alongside a number of new products in the coming months.

AppleInsider claims to have spoken with “multiple Target staffers” about the leaked listing image, saying that,  “while they could not provide us any information about the provenance of the image, they did say that placeholders for new products are common, with pricing information —but not accurate product names —often provided by the manufacturer in advance of release.”

According to these staffers, products with a placeholder usually ship within a month, and “sometimes as soon as a week following initial appearance in the system”.

So, we could see the first-ever pair of Apple over-ear headphones as soon as March – after all, the tech giant revealed Apple Arcade and Apple TV Plus in March 2019, as well as the upgraded AirPods.

For now, without any confirmation from Apple, we’ll have to wait and see – but we’ll be sure to keep our eyes peeled for any more leaks and rumors over the next few weeks.