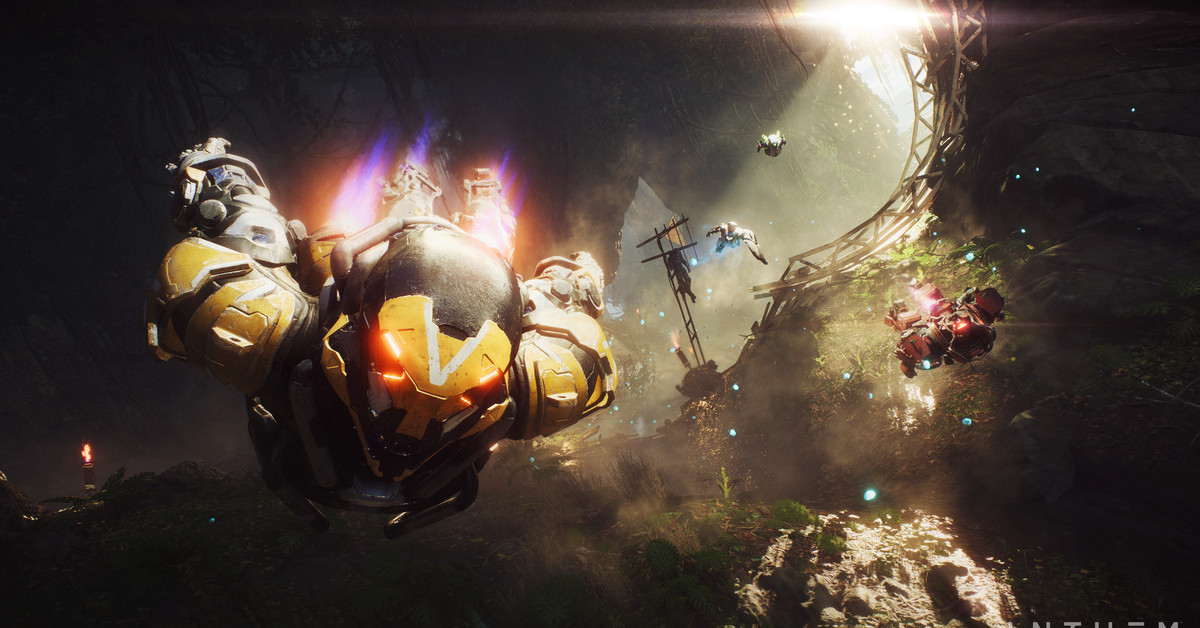 The team behind BioWare’s Anthem will be pausing development on short-term updates and expansions to focus on a much broader “longer-term redesign,” the EA-owned studio’s general manager, Casey Hudson, said today in a blog post. The game is not yet even a year old, but BioWare appears to recognize that its online shooter, modeled after games like Bungie’s Destiny and Ubisoft’s The Division, has been a failure both in its design and its financial success.

“We recognize that there’s still more fundamental work to be done to bring out the full potential of the experience, and it will require a more substantial reinvention than an update or expansion,” Hudson writes. “Over the coming months we will be focusing on a longer-term redesign of the experience, specifically working to reinvent the core gameplay loop with clear goals, motivating challenges and progression with meaningful rewards — while preserving the fun of flying and fighting in a vast science-fantasy setting.”

BioWare says that to achieve this, it will need to give a dedicated team the time and resources to extensively iterate and test those fundamental changes to how the game is played. “In the meantime, we will continue to run the current version of Anthem, but move away from full seasons as the team works towards the future of Anthem,” Hudson goes on. “We’ll keep the game going with events, store refreshes, and revisiting past seasonal and cataclysm content — starting with our anniversary towards the end of the month.”

It’s not unheard of for much-hyped games to undergo massive transformations after an initial launch flop. Final Fantasy XIV and No Man’s Sky are two of the most notable examples; both games were extensively reworked over the course of multiple years, and the current states of both games are now considered profound improvements over the launch products. Bungie’s Destiny series, which is perhaps the closet analog to Anthem currently on the market, has been reworked every couple of years or so since 2014 with massive fall expansions that revitalized the game and its sequel.

Anthem has a tougher road ahead, however. Its player base has likely shrunk considerably since launch, and the game has fallen off the map entirely when it comes to the seasonal update cycles of buzzed-about online shooters like Apex Legends, Fortnite, and Overwatch. BioWare is even saying that it cannot fix the game’s problems with a Destiny-style expansion like The Taken King or Forsaken, and it may need to do something akin to FFXIV’s reinvention. That involved relaunching the entire game under a new name (A Realm Reborn, in FFXIV’s case).

Whatever path BioWare decides to take, it’s evident the studio is not giving up on Anthem. The game has a fantastic art style, immersive world, and a core concept that remains appealing to thousands of players. It just needs to layer on more depth and give players more of a reason to stick around in its world and spend time there.

“Creating new worlds is central to our studio mission, but it’s not easy. Sometimes we get it right, sometimes we miss. What keeps us going is the support from players like you,” Hudson says. “Your feedback gives us guidance on how we can improve, and your passion inspires us with the courage to create. I look forward to working together with your involvement and feedback towards the best possible future for Anthem.”