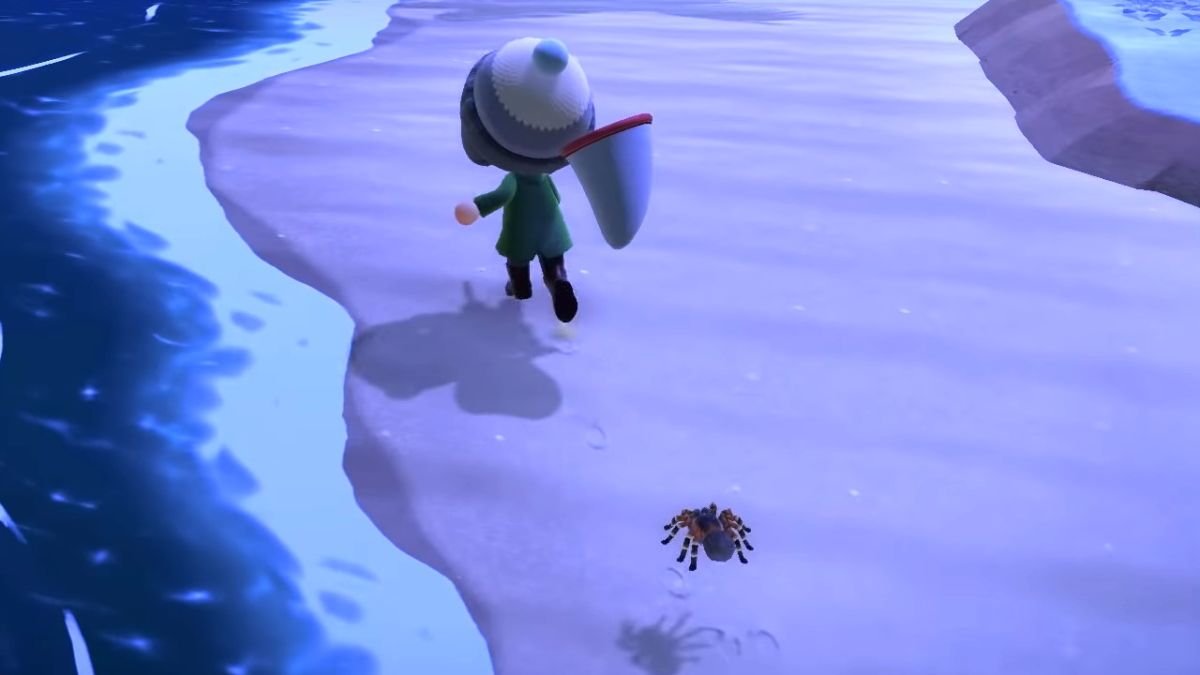 Animal Crossing: New Horizons infinite tarantula island is real, and it’s an extremely efficient way to pay off your mortgage for bug catchers with nerves of steel.

Every Switch owner gets their own island in Animal Crossing: New Horizons, and they all have the usual number of tarantulas on them. A few days into playing the game, you’ll unlock the ability to redeem a Nook Ticket at the airport to fly to other, uninhabited islands; they seem to be randomly generated and you can never revisit them, so they exist for the sole purpose of meeting new animal friends or collecting resources. These islands also tend to have the usual number of tarantulas.

Every now and then your ticket will give you fare to a special island; an island of infinite tarantulas. Players have greeted this discovery with equal parts horror and delight. Horror because tarantulas are extremely aggro creatures in an otherwise chill and peaceful game…

…and delight because each tarantula you catch can be sold for 8,000 bells. Since infinite tarantula island is filled with the damn things, you’ll run out of inventory space before you run out of spiders to catch.

tfw when u just back from infinite tarantula island and are about 2 go pay off ur mortgage pic.twitter.com/DutJWPFQSlMarch 23, 2020

The proud residents of infinite tarantula island won’t line your pockets without a fight. If you get too close, they’ll try to chase you down and bite you, causing your character to faint.

Here’s a conservative tarantula-catching method that takes some time but is fairly reliable: when you see a tarantula, bring out your net and hold “A” to start sneaking toward it. When the tarantula rears back and hisses, halt and stand your ground. When it drops back down to all eight legs, start creeping forward again. Repeat until you’re close enough, then let go of “A” to bring your net down and catch it. Try not to miss.

Find out how to catch the rest of your insectoid prey with our guide to Animal Crossing: New Horizons bugs.

Connor has been doing news and feature things for GamesRadar+ since 2012, which is suddenly a long time ago. How on earth did that happen?