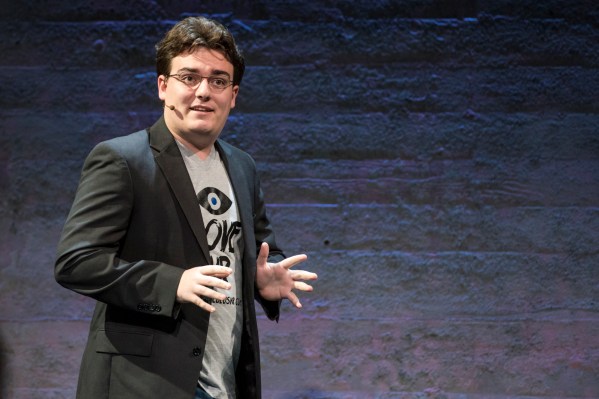 Palmer Luckey’s young defense company has been selected by the Air Force for work on a cutting-edge, multibillion-dollar nervous system for war. Luckey announced on his Twitter account Thursday that Anduril was one of the selected vendors for the project, known as the Advanced Battle Management System (ABMS).

Over the last four months, the Air Force named more than 50 different vendors that would work on developing the system, giving each the chance to receive from $1,000 to $950 million over the next five years. Amazon Web Services was also selected in the fresh round of vendors, along with 16 other lesser-known companies.

The vendor list includes a number of companies that aren’t the usual suspects in Department of Defense work, reflecting the “innovative acquisition strategy” intended to accelerate the timeline for the ambitious system.

As a three-year-old startup founded by the controversial Trump-booster who created Oculus, ushered in the dawn of consumer VR and was eventually fired from Facebook, Anduril fits the bill.

“The goal of ABMS is to enable the Air Force and Space Force to operate together and as part of a joint team – connecting sensors, decision makers and weapons through a secure data network enabling rapid decision making and all-domain command and control,” according to an Air Force press release.

Anduril has already picked up a surprising amount of federal work in its short lifespan. In June the Trump administration awarded Anduril a contract to build a so-called virtual border wall comprised of its drones, sensor towers and AI software system — an opportunity that the company seemed custom-built for from its launch.

The ABMS project will ultimately fit into the Defense Department’s work on a system known as Joint All-Domain Command & Control, or JADC2, a kind of meta software platform for warfare that connects all humans, devices and equipment across the domains of air, land, sea, space and cyber — and even the electromagnetic spectrum.

Per Luckey’s tweet, Anduril’s new contract is “for the maturation, demonstration and proliferation of capability across platforms and domains, leveraging open systems design, modern software and algorithm development in order to enable Joint All Domain Command and Control (JADC2).”

“[JADC2] aims to link every ship, soldier, and jet, so that ground, air, sea, space, and cyber assets can share the exact same data and can be used almost interchangeably to take out targets, even in environments where communication is being heavily jammed or where adversaries have advanced air defenses,” Defense One explained in a piece on the project.

Working with the Department of Defense has been Anduril’s endgame from day one. The company opened that door through key hires, picking up contracts with Customs and Border Protection and the Marine Corps, and building out its small-scale proof of concept: a modular web of hardware and software that could talk to itself and operate autonomously.

Just months after launching in 2017, TechCrunch reported that Anduril was interested in “real-time battlefield awareness for soldiers on the ground and headquarters alike,” which sounds quite a bit like the company’s exploratory new defense work.