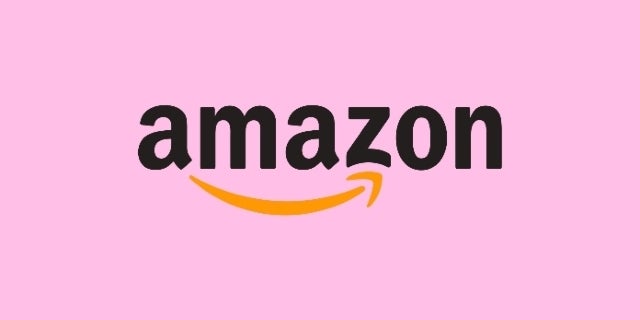 Amazon is currently live with quite a few video game sales, offering tons of savings on PS4, Xbox One, and Nintendo Switch games. That said, finding these deals isn’t very straightforward. Unfortunately, Amazon isn’t great at promoting and highlighting its new and best video game deals. However, that’s why this article exists, to separate the underwhelming discounts and fillers from the deals that will make your wallet cry tears of joy. For this week, Amazon is offering a ton of great discounts on 2019 games in particular, including Borderlands 3, Star Wars Jedi: Fallen Order, and The Outer Worlds.

Below, you check out the 15 best Nintendo Switch, PS4, and Xbox One game deals currently live on Amazon. Of course, for this we want to highlight deals not only on games we think you’ll care about, but relatively new games. There’s plenty of other great gaming deals live on the retailer, but you’ve probably seen most of these deals at least a dozen times.

That said, if none of these games tickle your fancy, don’t forget that plenty of new games dropped this week that are worth checking out. They may not be cheap, but they are brand new. You can check out all of these new releases, courtesy of our new Out This Week. Meanwhile, if you haven’t already, also be sure to peep our new article that provides the rundown on every single PS5 game confirmed so far.

“The original shooter-looter returns, packing bazillions of guns and a mayhem-fueled adventure! Blast through new worlds and enemies as one of four new Vault Hunters. Play solo or with friends to take on insane enemies, score loads of loot and save your home from the most ruthless cult leaders in the galaxy.”

“The Outer Worlds is a new single-player first-person sci-fi RPG from Obsidian Entertainment and Private Division. Lost in transit while on a colonist ship bound for the furthest edge of the galaxy, you awake decades later only to find yourself in the midst of a deep conspiracy threatening to destroy the Halcyon colony. As you explore the furthest reaches of space and encounter various factions, all vying for power, the character you decide to become will determine how this player-driven story unfolds. In the corporate equation for the colony, you are the unplanned variable.”

“Journey to the Savage Planet in an upbeat first-person adventure game set in a bright and colorful alien world filled with weird and wonderful creatures. As an employee of Kindred Aerospace, which proudly touts its rating as the 4th Best interstellar exploration company, you are dropped onto an uncharted planet deep in a fictitious, far away corner of the universe. Launched with high hopes but little equipment and no real plan, your job is to explore, catalog alien flora and fauna and determine if this planet is fit for human habitation. Onward to adventure! Good luck – and mind the goo!”

“Man of Medan is the first game in The Dark Pictures anthology, bringing supernatural horror to the South Pacific. Five friends set sail on a holiday diving trip with a rumored WWII wreck to find. As the day unfolds and a storm rolls in, their trip soon changes into something much more sinister. Who will live? Who will die? It’s down to you. Can you save them all?”

“Crash is back in the driver’s seat! Get ready to go fur-throttle with Crash Team Racing Nitro-Fueled. It’s the authentic CTR experience plus a whole lot more, now fully-remastered and revved up to the max!”

“World War Z is a heart-pounding coop third-person shooter featuring swarms of hundreds of zombies. Based on the Paramount Pictures film, World War Z focuses on fast-paced gameplay while exploring new storylines from around the world.”

“The ultimate Devil Hunter is back in style, in the game action fans have been waiting for. A brand new entry in the legendary action series, Devil May Cry 5 brings together its signature blend of high-octane action and otherworldly original characters with the latest Capcom gaming technology to deliver a graphically groundbreaking action-adventure masterpiece.”

“Originally created by legendary game designer Sid Meier, Civilization is a turn-based strategy game in which you attempt to build an empire to stand the test of time. Explore a new land, research technology, conquer your enemies, and go head-to-head with history’s most renowned leaders as you attempt to build the greatest civilization the world has ever known.”

“The world is crumbling. The Swarm has corrupted the Coalition’s robot army and is descending upon human cities. With danger closing in, Kait Diaz breaks away to uncover her connection to the enemy and discovers the true danger to Sera – herself”

“Journey deep into rural China as you take on the role of Ryo Hazuki, a Japanese teenager hellbent on finding his father’s killer—a story of adventure, mystery, friendship, martial arts, and ultimately, revenge!”

“A galaxy-spanning adventure awaits in STAR WARS Jedi: Fallen Order, a 3rd person action-adventure title from Respawn Entertainment. An abandoned Padawan must complete his training, develop new powerful Force abilities, and master the art of the lightsaber – all while staying one step ahead of the Empire.”

“Metro Exodus is an epic, story-driven first person shooter from 4A Games that blends deadly combat and stealth with exploration and survival horror in one of the most immersive game worlds ever created. Flee the shattered ruins of dead Moscow and embark on an epic, continent-spanning journey across post-apocalyptic Russia in the greatest Metro adventure yet.”

“A dark corruption scandal in the heart of the New York City’s underworld for charismatic detective John Blacksad. With its anthropomorphic characters and its incredible 1950s feel, BLACKSAD: Under the Skin promises all the eerily dark adventure of a detective novel, just like the eponymous comic book series. Conduct the investigation in your own way. Make use of your feline senses as you hunt for new clues. Make decisions on behalf of Blacksad and influence the outcome of the case.”

“Head back into the fantastical world of Super Monkey Ball and take back your bananas from the space alien pirate king, Captain Crabuchin. Race through over 100 colorful stages and challenge your friends and family to 10 fan-favorite Party Games! Feeling like the fastest, most maneuverable monkey around? Try out Time Attack mode or the grueling Decathlon endurance run! Will you make it onto the scoreboard?”

“Explore late 1500s Sengoku Japan, a brutal period of constant life and death conflict, as you come face-to-face with larger than life foes in a dark and twisted world. Unleash an arsenal of deadly prosthetic tools and powerful ninja abilities while you blend stealth, vertical traversal, and visceral head-to-head combat in a bloody confrontation.”