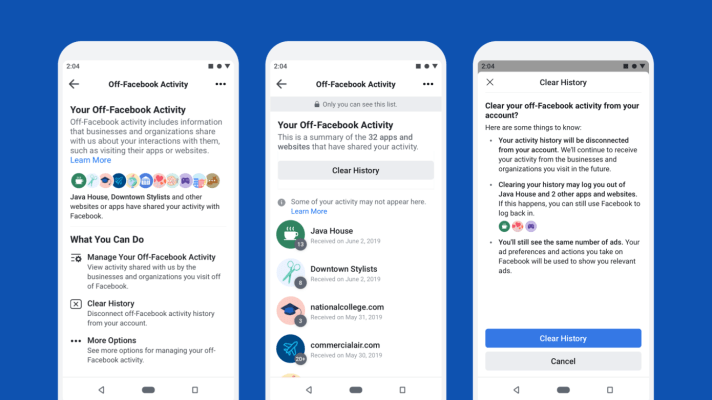 Facebook is making available to all users worldwide its “Off-Facebook Activity” tool, which allows users to manage and delete the data that third-party websites and apps share with Facebook. The feature was first introduced in 2018 at Facebook’s annual developer conference, but only launched to users in select geographies last year.

When the tool was initially announced in 2018, it had a much more user-friendly name — “Clear History.” But Facebook believed that could confuse users who may think that the tool had something to do with wiping out their Facebook data published to the social network itself. The new name is meant to better clarify what kind of data is getting deleted — “Off-Facebook Activity.”

The name also puts more distance between the data collection processes and the data-sharing bit. But data collection isn’t the real issue. If the apps were careful to protect the data they collected and kept it to themselves, users wouldn’t mind as much — but instead, users’ data is brokered and sold to support the free, ad-supported web.

As Facebook explains today, other businesses send Facebook information about your activity on their sites and apps, which Facebook then uses to show you relevant ads. With the new Off-Facebook Activity tool, you can see a summary of that information and clear it from your account. 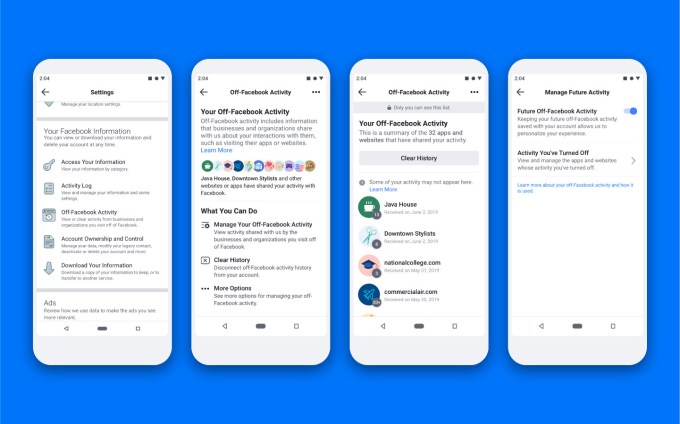 Most people don’t understand the intricacies of how the ad-supported web works, which is why they assume Facebook is listening in through their smartphone’s microphone to target them with those frighteningly accurate ads. But, in addition to Facebook’s powerful and granular ad-targeting capabilities, it’s also benefiting from other businesses that are sharing the data they’ve collected through their own apps with Facebook.

Users, meanwhile, aren’t able to keep up with which apps and sites are sharing data or what that data includes, because it’s not just one or two — it’s nearly everything. And this is also difficult on mobile, as people with smartphones now have more than 80 installed apps and use around 40 of them monthly.

The Off-Facebook Activity tool will offer a clear summary of which apps and sites have collected data, how Facebook received the information, how many interactions (logging in, searching, purchases, etc.) it has received and more. You can then choose to break the third-party’s connection to Facebook. (To get the third-party to delete whatever data it has collected on you, you’ll still need to follow its own procedures to delete your account or clear your data there.)

The feature is complicated — it would not be surprising to see hundreds of sites and apps in your list of apps and sites sharing data with Facebook. It also requires Facebook users to enter their password again to view this tool, even if they’re currently logged in. The “clear history” button doesn’t stop the third-parties from future data-sharing — that’s a whole different section. And finally, it warns you that clearing history will log out of dozens of apps and won’t prevent you from seeing ads — warnings obviously intended to get users to reconsider. 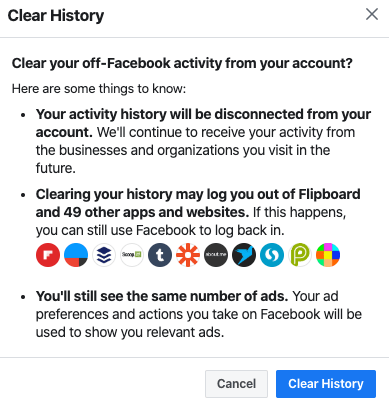 This feature’s existence is a direct result of Facebook’s Cambridge Analytica scandal, which compromised the data of up to 87 million Facebook users by way of a Facebook app. Since then, the company has been working on improved privacy controls and tools to offer more clarity and user control over its data collection and sharing practices.

The company says the launch of the Off-Facebook Activity tool has taken this long to arrive because Facebook had to rebuild some of its systems to make it possible. It’s rolling out today to users worldwide. (Here’s how to access it.)

In addition to the global availability of the Off-Facebook Activity tool, Facebook says it also will roll out a prompt over the next two weeks that will encourage users to review their privacy settings. This prompt will show up in users’ News Feed and direct them to the recently updated Privacy Checkup tool. 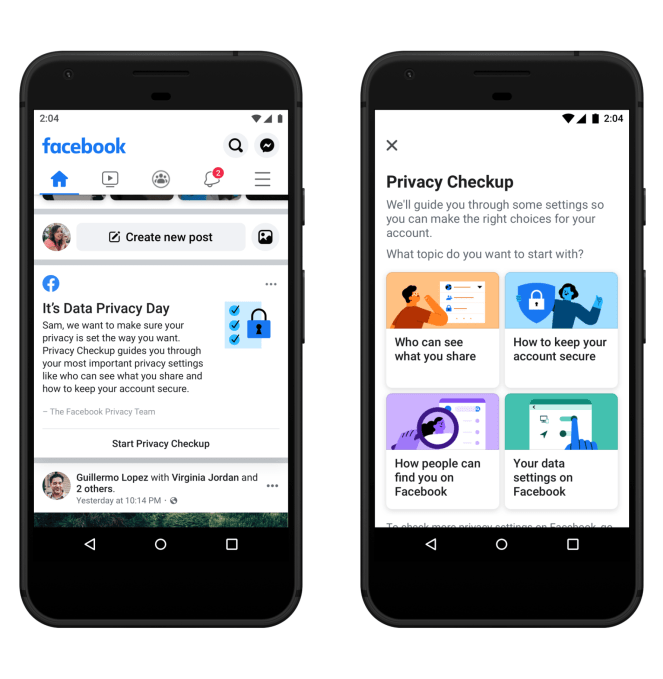 Facebook already this month rolled out alerts for third-party logins, which let you know when you use your Facebook Login to sign into an app. This allows you to stay informed about which apps are connected to your Facebook account, so you can edit those settings or, now, clear their data if need be.