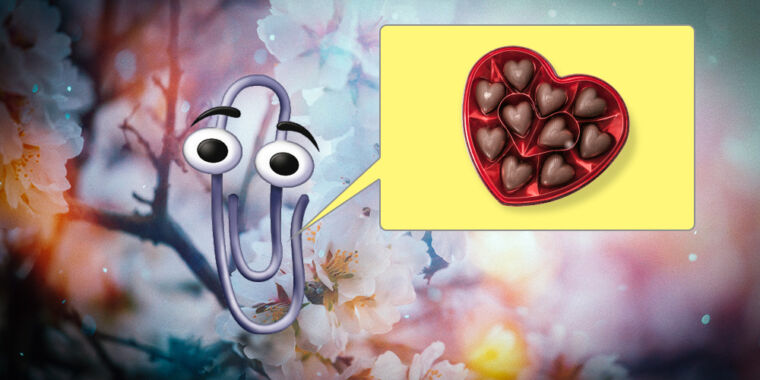 It looks like you’re trying to ask someone out. May I help with that?

Shane Mac, CEO and co-founder of the conversational AI company Assist, had a problem. After spending most of his time and energy on keeping his young company running and funded, dealing with the semi-rote work of writing to strangers on dating sites was more of a time sink and emotional drain than he liked. So—following the law of the instrument—he created a bot to automate the task.

Mac is only one of many dating app users—so far, apparently all men—that the idea has occurred to. I first came across Mac’s idea of semi-autonomous dating in an episode of former CNN technology reporter Laurie Segall’s excellent podcast First Contact. After that, a bit more online research led me to a Mashable article that covers an entire world of AI-powered dating site gaming techniques—some of which even have public Github repositories.

Most of the men gaming the apps seem to be following the same script as an MMORPG resource harvesting script—a bot logs on to the site for them, swipes right repeatedly, and perhaps drops a basic introductory message to mutual swipes. The human player simply logs in later and collects the results of the bot’s “harvesting” run.

Mac’s approach is different: he sees the initial act of connection, the swipe, as already commoditized. It was the messaging itself that burned him out—the necessary rounds of introduction, supposedly witty banter, and finally invitation to meet. In theory, this should be the most “human” part of the dating app or site experience—but Mac describes the reality as a repetitive, numbing slog that’s ripe for machine assistance.

Another key difference is that Mac’s “bot” isn’t something most of us would truly recognize as a bot in the first place. Instead of creating an independent routine to trawl apps and sites for him, he created a virtual keyboard for dating-related conversations. Instead of choosing individual words, Mac’s keyboard has the user select two levels of what he calls “intents.” It’s difficult to find shots of the keyboard in action, but he shows a short video in one Twitter thread.

Since Mac’s conversational bot is a keyboard, not an automated routine, it’s difficult or impossible to detect—unless you recognize one of its apparently repetitive cheesy lines—and it works anywhere, from Tinder to Twitter. Although its use poses obvious ethical dilemmas, he argues that it’s already a reality of modern communication, no different in principle than Gmail’s Smart Compose or Smart Reply features, which go beyond spelling and grammar correction to offer turns of phrase or even entire replies with a single tap.

Mac has had mixed results when he discloses his dating keyboard to people who’ve agreed to dates with him—one woman who worked in technology thought it was a cool idea and wanted to know more, but another—who actually worked for a dating app company—was mad enough to bail out of the date. When Segall tried the keyboard herself, she got a proof-of-concept date with the first person she tried it on—but when she disclosed the fact to him in another online message, he became incandescently angry and canceled.

The current reality of Mac’s keyboard seems closer to a text version of a themed sound board than it does to recent artificial-intelligence writing tools like GPT-2. But Mac has considerably loftier ideas about the future of AI in dating, and he postulates a future in which digital assistants are asked to scour social media for people whose writing and conversation seems compatible with their users’.

Mac’s keyboard—which isn’t publicly available, due in part to his own concerns about ethical use—isn’t the only AI wedging its way into intimate conversations across platform boundaries. An Android SMS messaging app called Mei offers an optional AI feature that analyzes your conversations and offers advice about how the other person feels—both in general and about you specifically—and how you should best engage them to continue your conversation.

It’s probably too late to try to put the artificial cat back into the bag—neural network-based conversational tools are here, and their encroachment into human relationships is inevitable. The important questions will revolve around how they’re being used, to what ends—and how their use should be responsibly disclosed to others.