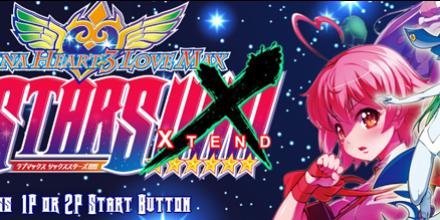 The game still has another character coming before final release

This past week has been a pretty scary one for fans of smaller anime fighting game titles with the publishers / developers of Arcana Heart and Chaos Code, Examu and FK Digital respectively, announced they both would be essentially closing their doors. It wasn’t all doom and gloom, however.

Arcana Heart 3 Love Max Six Stars!!!!!! Xtend lives on under Team Arcana exclusively now, and the developers have dropped a special update for their KickStarter backers: a new version of Crowdfunding Edition featuring one of the promised additional playable fighters and Arcana.

Those with the backer version of Xtend can now update their game via Steam to access Pistrix, who was originally called Shark Girl on the stretch goals page, and the Arcana of Life, Paracelsia.

Pistrix essentially floats in the air in her slumped over position from her original concept art. Her abilities largely rely on her fins and ability to create shark, fish or octopus appendages from her body.

She also has a funny command grab where she’ll chomp on the opponent’s head for a quick power up.

Another in-development character named Dark Heart can also be seen on the character select screen now, but she remains unplayable for the time being to be released in a future update.

GuardCancel has put together a nice character overview video for Pistrix which you can check out below along with some screenshots taken by Shaowebb.