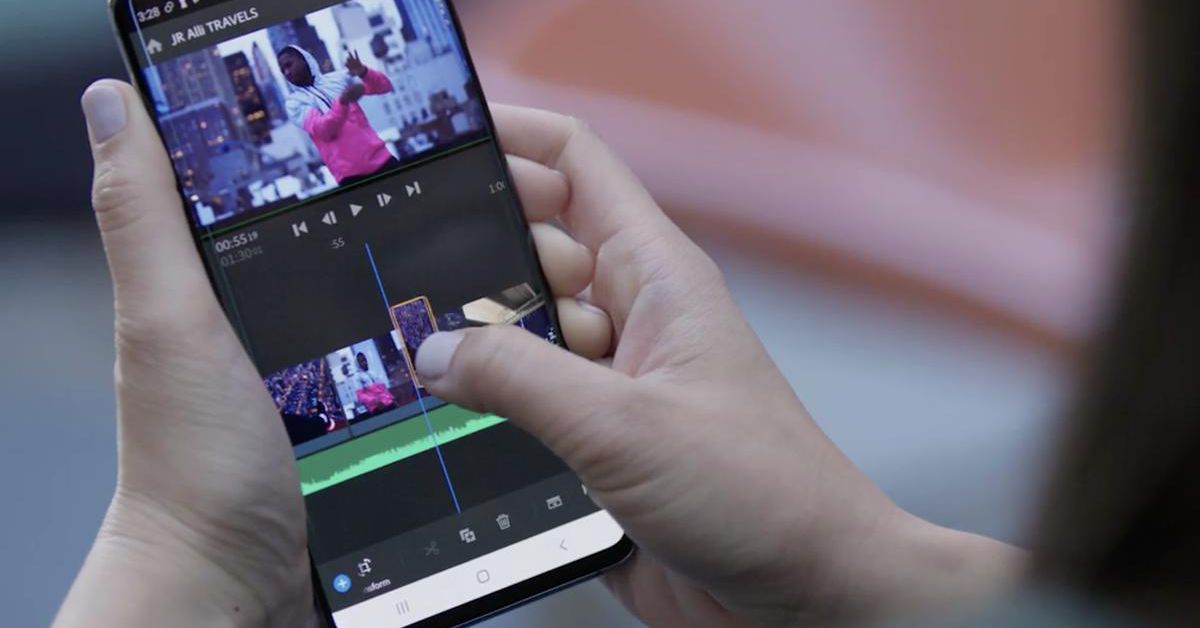 More people are becoming video editors, but it’s increasingly happening inside of apps like TikTok and Instagram where creators and influencers can take advantage of the unique video editing tools and filters without going anywhere else. So how does traditional photo and video editing software like Adobe Photoshop and Premiere fit into this new wave of content creation?

Adobe’s chief product officer, Scott Belsky, sat down with Verge editor-in-chief Nilay Patel and Verge reporter Dami Lee to answer that question. Belsky also touched on a plethora of topics under his domain — from what he learned from putting Photoshop on the iPad to adapting products to new creators and platforms to the goals of the Content Authenticity Initiative.

Listen here or through a podcast player of your choice to hear the whole discussion.

Below is a lightly edited excerpt of our interview.

Dami Lee: It’s interesting, the thing about Adobe having these two sets of very different customers. You have the professionals who are using Lightroom Classic, and then you have people like me who don’t really know how to edit photos but just grew up with Instagram and these programs that do it for you. It seems Adobe is going in this new direction and introducing new software like Aero and Photoshop Camera that are designed for people so they don’t have to learn coding to do things. What do you make of Adobe’s strategy for this new class of users?

Scott Belsky: Well, I think two things, I would say: one is the mission of our business is creativity for all, and the ethos I continually repeat is “Let’s make sure that our products are powerful enough for professionals but accessible to everyone.” Now, of course, some products, like After Effects or Premiere Pro, we shouldn’t try to make that product accessible to everyone because you will dumb it down so much. … There’s a professional set of workflows we must respect.

However, the desires of people to achieve that level of output or to create something in video or something in motion with something like After Effects, I think it is part of our mission to allow anyone to do something like that, maybe with a different product. And so what you’re seeing now, for example, with Photoshop Camera, which is something that we’re still testing and iterating, but the idea there was there are a lot of people out there who just don’t have the desire nor the time nor the skill set to open up Photoshop and replace the sky or do something crazy with an image.

You see Photoshop Express, which, by the way, has — I think I can say this publicly — around 20 million monthly active users. This is a mobile app, Photoshop Express. You have, of course, Photoshop Camera, and then you have Rush and then Lightroom CC.

So Rush is actually doing pretty well right now. It is for the YouTube creator. It’s interesting. Of the super powerful YouTube creators out there, they have their own teams that are now doing stuff, and they’re probably using Premiere Pro. But for a lot of the folks that are just getting started but are actually taking it seriously, they want professional-grade title sequences, effects, that kind of thing. Premiere Rush has done very well with them, and actually YouTube has helped us get the word out to those folks as well.

DL: It’s funny because Premiere Rush just partnered with TikTok. So now there’s a TikTok integration. You can publish directly there. But I’m also curious: how does that compare with the in-app remixing features and all of these new features that teens are using on TikTok where it’s to the point where they basically don’t need another video editing app to make their memes.

Well, let’s talk about that. Because I think you look at Instagram, you look at TikTok, you look at Snapchat, you look at all these places, and they’re building some of their own native editing applications. Those have to work for everyone.

But then there’s a subset of people who, for whatever reason, say, “I want my stuff to look different. I want to do something that other people are like, ‘How did he do that? How did she do that?’” Whether it’s a type of font they want in their title sequence that’s not offered as a default template or they want to import something that is not the native AR experience that Snapchat offers, but maybe they want to make something on their own in Aero and then use it. And so there is a subset of this world in every industry that wants to be creative and wants to do something different, and we want to be there for them.

NP: Well, it sounds like a big think of an idea. TikTok is successful because it obviously has a viral distribution platform and an algorithm that works in all the things that it does, but it also has a really good video editor. I’m routinely impressed at the edits people are able to just concoct in TikTok, and the app just leads them through, and then they make it. There is probably a market of people just above that. That’s who you’re talking about.

NP: But isn’t the rise of a TikTok or the rise of an Instagram and Stories, isn’t the market bigger at that zone right? They’re bringing people into being video editors in a way that no one ever conceived themselves to be a video editor before.

If you think about it. I always like the whole 99 / 1 view of the world as it relates to the creative desires of a general platform of people. And you have 90 percent of people who just want to upload an image or consume people’s images, and they probably don’t make any edits at all. Maybe they apply a filter. Then you have the 1 percent on the other end of the spectrum, and these are the core Adobe customers, right? The 1 percent of us that are creative pros that will spend hours and hours to make something exactly like what’s in their mind’s eye. That’s our bread and butter today as a company. But then there’s this other 9 percent of people that are actually coming out of that larger group that are saying “I want to stand out, I want to do something different. I am willing to have a learning curve, maybe not the one that requires me to go to school or watch hours and hours and hours of training videos, but I want to do something different.”

And when you see a company like TikTok opening up their platform to third-party apps, I think what you’re seeing is that they realize the value of these people for their platform. They want people to do stuff that looks professional, that makes people jealous and amazed and humbled, and they want that. And the only way they’re going to do that is by working with partners like us because they can’t build that level of complexity into their tools for the 90. Otherwise, the 90 will get confused, right? And so that’s, I think, an opportunity for us as a company.

NP: So when I think about Instagram, right now, Instagram has filters. Like other people can make filters. We’ve made filters. Dami made some filters. But they’ve got their core ones. And then, like every other platform, they can just look at what’s popular out in the world and just take it. Do you feel like you’re in that arms race as the creative tool company? People are going to invent some stuff using your tools, and that’s going to obviously drive people to you and then, one day, Instagram or TikTok is going to wake up and be like, “Man, everyone’s tinting their pictures blue. Now that’s default.” And you’ve lost that market.

Well, I mean, if you look at VSCO, Instagram, I mean any of these products where did they get a lot of their UI for creative editing? They got it from us.

Right? Which is great, by the way, because then they democratized some of this technology and interface design that was only made for pros, and they made it available for everyone. Fantastic. And now it’s our job to then continue to innovate on the pro side and to see where the line is of what a general purpose platform like that can do for everyone and then how we bring the bar up to make people better.

And listen, every time a new version of Android or iOS ships, there are new features for their default camera editing. And that’s great because it’s making that functionality more available to everyone, and it keeps us on our toes to say, “Okay, but of those people, what will only 10 percent of them want to do that only they can do with us?” And that makes us reimagine the future of imaging, editing, and AR and how to mix things like motion graphics sequences with things like video and animation.