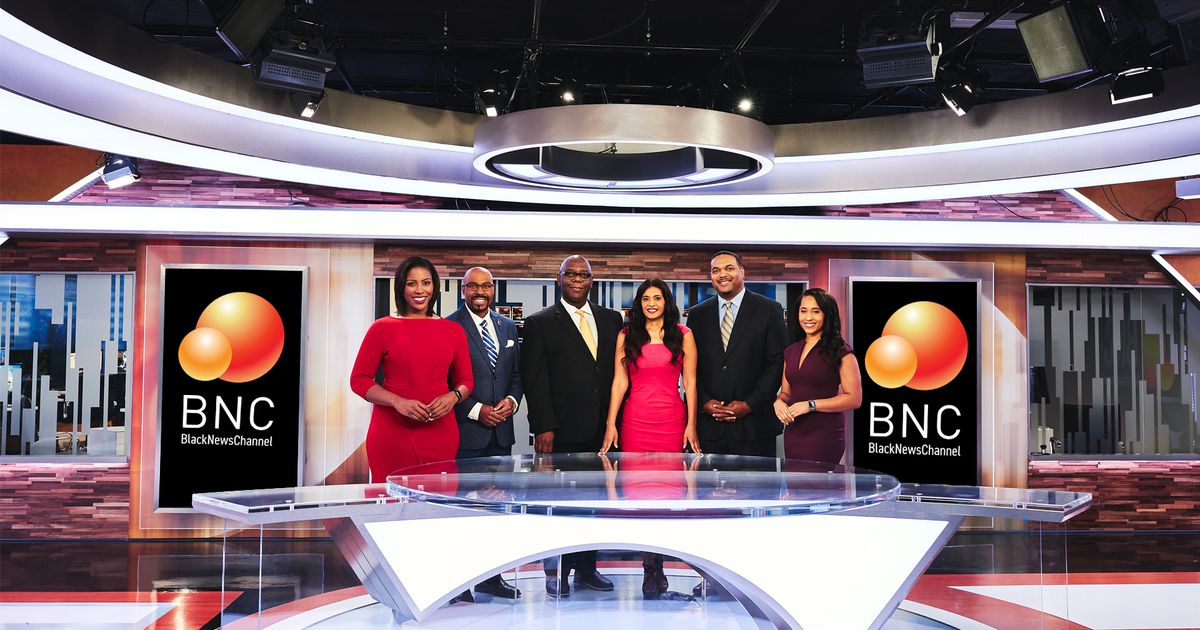 The first 24/7 news channel specifically created for African-Americans is here.

The Black News Channel (BNC) launched on Monday at 6 a.m. EST, premiering in some 33 million households in New York City, Los Angeles, and Atlanta, according to NBC News. It aims to “provide intelligent programming that is informative, educational, entertaining, inspiring, and empowering to its African American audience,” according to the network’s Twitter page.

But there’s already been some controversy surrounding the network, given that it’s not entirely black-owned and operated.

Here’s what you need to know.

Who’s behind the Black News Channel?

Cofounders J.C. Watts, a former Republican congressman from Oklahoma, and former Florida cable news executive Bob Brillante head up the network, with Watts as chairman and Brillante as CEO. Though BNC’s press release says the channel is “minority-owned and operated,” both Brillante and COO Jim Zerwekh are white.

Tiffany Walden, who runs The Triibe, which reports on black communities in Chicago, told NBC News that she can’t get over BNC being “run by two Republican white men,” as she thinks it hinders the channel’s ability to cover issues that are important to black people. (Walden told Mashable in an email that she hasn’t had a chance to check out BNC’s programming.)

Angela Ford, founder of the Obsidian Collection which archives and preserves African-American owned newspapers, told Mashable the reaction to BNC from the black community will be swift.

“Sometimes when people outside of the culture design something for us. You can smell that,” she said.

“The black community is quick, we are very protective and instinctive. It’ll take like two hours to see if this is us or not… Because America is so challenging we have an instinct about whether we’re safe or not or what the agenda is.”

BNC is collaborating with the National Newspaper Publishers Association (NNPA), a trade association comprising the more than 200 African-American-owned community newspapers in the U.S, which will help “provide the network access to stories not covered by other news organizations.” BNC is also partnering with Historically Black Colleges and Universities (HBCUs) to offer internships and training opportunities to aspiring black journalists.

The network has been in the works for more than a decade, NBC News reported. To test out BNC’s potential success, Brillante says in his LinkedIn profile that he partnered with Florida’s News Channel to deliver pilot newscasts targeted at African-Americans throughout Florida for more than 18 months to an audience of eight million homes.

Where is the channel located?

The channel is based in Tallahassee and also has news bureaus located around the country, per the press release.

The Tallahassee space seems to have some fancy digs with a multimillion-dollar studio and production facility, USA Today reported.

BNC won’t have a liberal or conservative slant, NPR reported in an interview with Watts, who said he hopes that BNC will be a space where African-Americans feel free to take part in the conversation about news around the country.

BNC promises to “illuminate truth about the unique challenges facing urban communities and help close the ‘image gap’ that exists today between the negative black stereotypes perpetuated by mainstream media news and our enterprising African-American communities.”

Where can you watch it?

Tune in to BNC’s news programming on Spectrum, Xfinity’s X1 platform, and Dish Network. Soon after, you can expect to catch the channel on Sling, Vizio Smart TVs, Xumo, and Roku Channel. The network says it will be available in more than 100 million homes once these platforms are added.

Viewers should check with their local service provider for more detailed information about pricing and logistics, a BNC spokesperson told Mashable.

What programming is available?

Viewers have access to more than 12 hours of original programming during weekdays and more than five hours during the weekends, according to the network’s website. Coverage isn’t limited to what’s happening nationally in America — BNC says it offers international, national, state, and local news affecting black communities around the country.

On its first day, BNC is already offering a diverse programming lineup. There are news shows like BNC News Live (with Tallahassee-based anchors Lauren McCoy and Rarione Maniece, as well as meteorologist Kevan Smith and reporters from around the country) and BNC News Prime Live, an evening news show anchored by Fred Hickman, Laverne McGee, and sports director Anthony Amey from Tallahassee (per USA Today).

Woman-focused programming includes Being a Woman, a daily one-hour talk show that will tackle stories about childbirth, caring for elderly parents, politics, hair care, and more; and Ladies First, which addresses the lives of women 30 and older. The Kelly Wright Show, hosted by former Fox News anchor Wright, centers around Washington insiders and everyday people talking about the day’s news (per USA Today).

HBCU This Week takes a look at America’s HBCUs; BNC Sports Weekly brings viewers an inside look at the sports teams at HBCUs; and Victim No More is a film about Joan Pendergrass, the widow of the late singer Teddy Pendergrass, and how she “finds the courage to overcome abandonment, sexual abuse, and cultural dislocation prior to meeting Teddy, and the chance meeting that changed both their lives leading to true undying happiness and love,” BNC told Mashable via email.

Future BNC programming includes a weekly show called Doctor for the People, about important medical issues impacting African-Americans in the U.S. and globally; Taste of the Town, an exploration of restaurants in New Orleans and additional cities (per USA Today); and more.

UPDATE: Feb. 10, 2020, 5:44 p.m. PST This story has been updated to include comments from Angela Ford, founder of Obsidian Collection, which archives and preserves African-American owned newspapers.