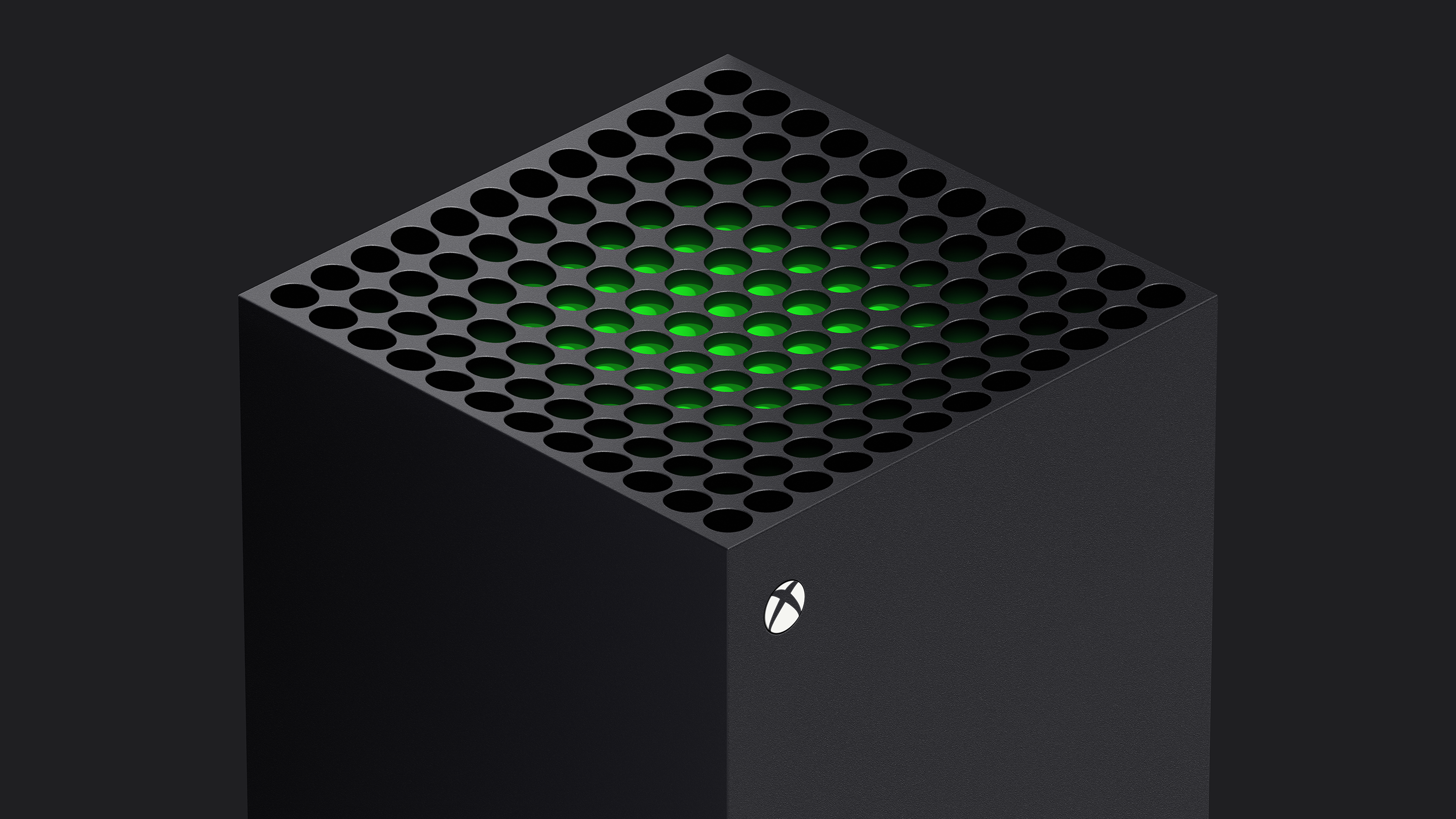 I’ve owned gaming consoles from the Atari 2600 to the current Xbox. During this time, I have played everything from Pong to the current season of Fortnite.

The point is, I go with the buy-what-you-know philosophy that Peter Lynch famously espoused and my experience tells me some observers are making questionable assumptions about the future of console gaming. It’s time to press ctrl alt delete on these myths and take a look at how Microsoft might be winning.

Myth No. 1: The console market is dying

The death of consoles has been predicted for a long time.

In a CNN article from 2012, Blake Snow wrote, “If console gaming were a first-person shooter, it would be taking heavy fire right now.”

More than six years later, in early 2019, a ScreenRant article by Riley Little stated that the move to streamed games “could mean the death of traditional consoles.”

Eight years ago, it was thought that consoles couldn’t push the graphics envelope further. The rise of mobile gaming suggested consoles would go the way of the buggy whip. More recently, the idea that consoles are too expensive, and take too long to start, has given rise to the idea that the cloud is the answer. Though neither Microsoft‘s (NASDAQ:MSFT) Project xCloud nor Alphabet‘s Stadia has been around long enough to make a significant impact, it seems like the idea that they will kill consoles is just as misguided as earlier thoughts that consoles were done for.

Just like in 2012, the console industry has a few tricks up its sleeve. 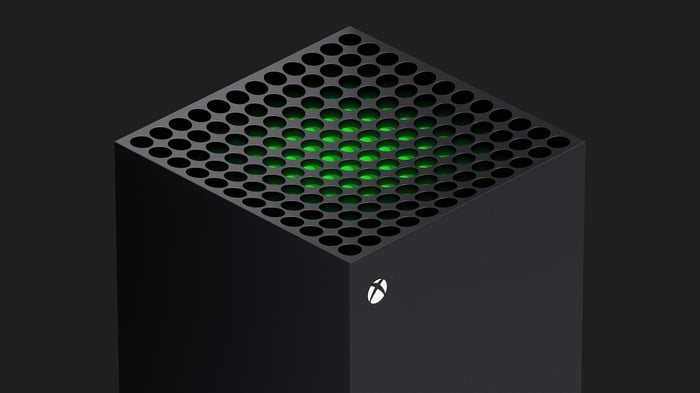 For a market to be dying, it should show sales contraction. However, one study suggests the console market will experience a compound rate of annual growth (CAGR) of just over 4% over the next three years. A second study expects a CAGR of just over 5% through 2027. As a quick point of comparison, according to Counterpoint Technology Research, sales of the Xbox, PlayStation, and Switch consoles declined year over year during each of the last three years.

The thing to note here is that console sales are cyclical and the Xbox One is at the tail end of its cycle. The last big refresh of the Xbox console was back in 2013 when the Xbox One was introduced. Though the Xbox One S, and Xbox One X were new consoles, they were an evolution of the original and not a true new concept. Just to give investors an idea of what the Xbox Series X — slated to launch later this year — could mean for Microsoft, in the first quarter that Microsoft released the Xbox One, the company’s consumer hardware segment revenue increased 68% over the prior-year period. In the year prior, without the benefit of the new console, the entertainment and devices division reported a 7% decline.

The fact that the Xbox Series X and PS5 reportedly will support all of these technologies in systems arriving later this year gives existing console owners multiple reasons to upgrade. Predicted sales growth, better graphics, and continued innovation suggest the console market is not dying.

Myth No. 2: The next generation of consoles will be basically the same

When the Xbox One and PlayStation 4 were released in November 2013, phrases like “similar silicon,” “more similar than different,” and “no real differences anymore” were used to compare the consoles. Given that the PS4 outsold Xbox by a roughly 2:1 ratio, clearly gamers saw the systems very differently. A big factor in the PS4 vs. Xbox One debate was Microsoft’s poor positioning compared to Sony‘s clear PS4 messaging.

In the current generation, the Xbox One with Kinect was $100 more expensive than the PS4. Microsoft isn’t planning on being priced out of this next cycle. One way Microsoft plans to make the Xbox Series X more affordable is Xbox All Access, which allows users to buy their new Xbox and spread the cost over a 24-month period. The service also comes with Game Pass Ultimate, which is a $15 monthly value, plus the buyer can trade in the Xbox Series X toward a newer console after 18 months.

While we don’t know the pricing of the Xbox Series X yet, All Access is a unique program. Not to put too fine a point on this, but at the normal $15 a month for Game Pass plus a cost of about $5 per month for Xbox Live Gold, the buyer is almost getting the console for free in  the current generation. Since one of the big concerns about the future of consoles is the upfront cost, Xbox All Access seems to offer a compelling solution.

A second consideration is Microsoft’s Smart Delivery. In essence, customers can buy a game for Xbox One and if they upgrade to the Xbox Series X, they would already own the upgraded version. Lastly, the Xbox Series X is expected to allow four generations of backward compatibility. The PS5 is expected to be compatible with a list of PS4 games only. If the Xbox Series X is priced competitively, it may be Microsoft’s gaming machine that takes the lead. Suggesting that the next generation of consoles will be basically the same is a myth that needs to go.

The theory is that mobile gaming is the future of the industry, and everything else needs to move out of the way. However, if we look at the global games market last year, the numbers don’t match this myth. EJ Insight estimated these numbers for 2019.

Though mobile was the largest segment, console revenue was estimated to grow at a faster rate. Outside of this, there are a few other factors to consider about console gamers.

First, esports is expected to become a $3 billion industry by 2025. If we look at the highest profile competitive games, only Fortnite is playable on mobile. Games like Dota 2 are PC, Mac, or Linux compatible. If you want to compete in Counter-Stike: Global Offensive or Overwatch, you can do that on PC, Mac, or certain consoles. My point is, mobile seems to attract casual gamers, but the pros play on PC, Mac, or console, and just like pro athletes inspire others to play more and practice, pro gamers inspire casual gamers to play more and increase their attachment to their favorite games.

Second, if we look at where U.S. gamers are willing to spend money, the scale clearly tips toward the console. The table below shows the percentage of male and female gamers spending at least $5 per month on different gaming platforms.

Last, there is an argument that cloud gaming is cheaper. Some have suggested that consoles must be constantly upgraded, and that is too expensive. However, the console cycle is far longer than some may realize.

With this calculation, the gamer essentially paid $10.73 per month. However, they also collected between two and four free games per month from their Xbox Live subscription, or anywhere from 384 to  768 games. Even if each game only had a value of $5, this equates to at least $1,920. In short, the gamer got back almost everything they paid in the value of the free games.

As a point of comparison, Google Stadia costs $9.99 per month and currently includes nine games. The key difference between Stadia and a traditional console is gamers can use Stadia on laptops, desktops, certain phones, and tablets. If the gamer wants to play on television, they would also need to buy a Stadia controller and a Chromecast Ultra. Stadia allows gamers to stream a top title without the need for a console. Keep in mind, over a 16-year period, Stadia would cost $1,918.08.

To say that so far Stadia has run into some challenges is an understatement. A Business Insider article from early this year found that some early adopters are frustrated. One said of the service, “It feels like it’s died already.” Many people apparently think of Stadia as the Netflix of video games. In fact, what Stadia offers right now is a storefront to buy individual games. In addition, there are key features that gamers believe are missing. Stadia doesn’t have voice chat, something Xbox and PlayStation have had for years. The bottom line is Stadia doesn’t offer enough to traditional gamers to be a viable replacement for their existing system, much less the Xbox Series X or PS5. The idea that consoles are too expensive is yet another myth that needs to be crushed.

It seems fairly clear that the console industry isn’t dying and the next console refresh seems to favor the Xbox Series X. With 4K televisions coming down in price, and a growing console market, many gamers are about to experience a leap in graphics quality and the Xbox Series X’s vast backward compatibility means leaving fewer games behind. The “too expensive” cost of upgrading is almost completely offset by the benefits of Xbox Live Gold.

The power of the Xbox upgrade cycle should give long-term investors just another reason to acquire Microsoft shares.