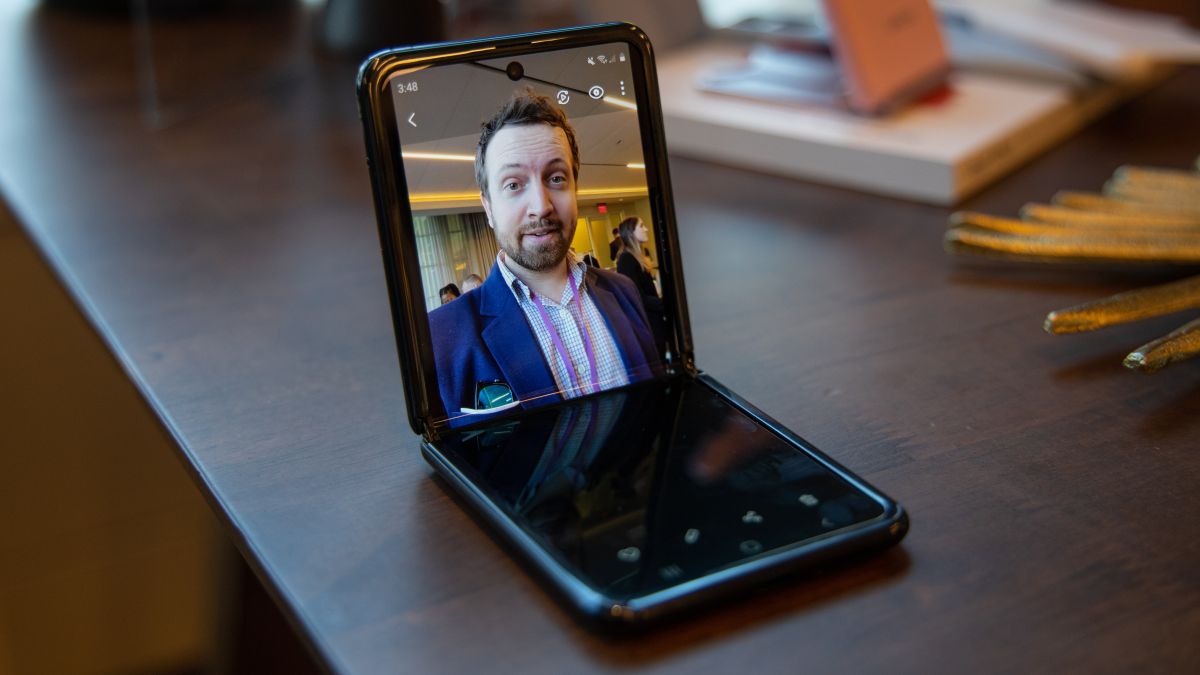 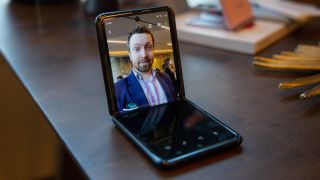 The Samsung Galaxy Z Flip is the best modern-day foldable flip phone I’ve tested, and it didn’t take a whole 24 hours to determine that. OK, sure, it has only one flip-style rival so far, the new Moto Razr, but the Z Flip beats in it in every category that matters.

Walking around New York City with both phones attracted a lot of attention. People couldn’t fathom how a smartphone with a large screen – 6.7 inches in the case of the Galaxy Z Flip – could bend in half. They wanted to fold and unfolded it themselves to be sure.

I love testing gadgets for TechRadar that spark imagination, from Google Glass to the DJI Osmo Pocket all the way through to the Samsung Galaxy Fold. The formula is always the same: people are awe-struck, ask “what is this?” and upon being filled in, begin to spout off ideas of how they’d use this technology in their lives once it becomes more readily available.

This is what I found in my first 24 hours with the Galaxy Z Flip.

1. The Z Flip is much better than the Moto Razr

The Razr wins on nostalgia – that’s what I’ve heard in person and via Twitter. It didn’t matter that I said Samsung’s foldable has longer battery life, more superior cameras, and a slightly stronger thin glass screen. Them: “Razr for me. I remember having one.” Me: “Yeah, but…”

The Z Flip has a larger 3,300mAh battery (the Razr has a capacity of 2,510mAh), and it’s much easier to recommend a phone that will get you through a whole day. That said, I’m more likely to tell people to stick with the Samsung Galaxy S20 series – the S20 Ultra has a hulking 5,000mAh battery if they don’t crave something as unique as the Z Flip.

The Razr cameras were what I struggled with most. In the poor light of a dim restaurant, the autofocus just refused to work. Moto’s Night Vision mode helped brighten things up, but when a lot of shots came out blurry, it really didn’t matter.

The Galaxy Z Flip has three cameras (front, rear wide and rear ultra-wide) and all of them take superb photos, even if they aren’t going to match the quality of the S20 cameras. The Z Flip also includes Samsung’s new ‘single-take’ mode that captures a variety of photos and videos at the same time over 10 seconds. It’s useful even if it does surface a lot of so-so shots along with a few winners.

Carrying around the Samsung Galaxy Z Flip makes a statement: “I have something brand new that you haven’t seen before”, and that hasn’t happened with any new iPhone in quite a while. It used to.

I took it to two offices, a radio station and a restaurant, and everyone wanted to see it fold and unfold. Most people wanted to try it themselves – at least one person was too anxious about potentially breaking it to give it a whirl.

The 1.1-inch Cover Display, while small, always proved to be a popular way to take selfies with one hand, even if it’s not very effective at framing a shot. There’s excitement about foldables as a refreshed product category. Smartphones are getting a second act.

The best part is probing people’s imagination with the Z Flip. “I could fit that and my AirPods Pro in the same pocket,” a friendly stranger opined to me at a restaurant. I’m sure Samsung would’ve loved if they said that about new Galaxy Buds Plus, but, hey, maybe they just converted an iPhone 11 user with this phone.

“Is this Samsung’s best phone?” That’s one of the most frequent questions I’ve been getting from people when carrying around the Z Flip. The answer is both yes and no.

It’s Samsung’s best concept for the future of smartphones, tied with the Galaxy Fold, which I found to be more productivity-focused, but far too expensive and likely to be bested by a Samsung Galaxy Fold 2 in the near future. (I called the Fold ‘the most forward-thinking phone you shouldn’t buy.’). Neither is ‘best’ based on specs and performance, though.

I hardly care about chipset speeds these days. Today’s phones are fast enough, and when we review something on TechRadar, we’re less about speed than whether it suits everyday tasks. It’s more about the end value of getting tasks done, getting photos that look good the first time around, and the longevity of the battery in a single charge. That stuff actually matters.

The Z Flip aces all of this with specs that, for the most part, fall in between what I’ve experienced on the S10 and new S20 series. Tellingly, its chipset, the Snapdragon 855 Plus, is the souped-up version of the S10 and Note 10‘s 855 chip, but not quite the S20’s new Snapdragon 865 chipset. With a healthy 256GB of internal storage, a solid 8GB of RAM and three cameras, we end up with Samsung’s most cutting-edge-looking phone with great, but not ‘the best’ specs.

4. Everyone wants to see it flick open

Folding the Samsung Galaxy Z Flip with two hands isn’t fun; quickly snapping it open and folding it down again with one hand is how to show off this stylish new phone.

It’s actually not easy – flicking the seemingly-spring-loaded Razr is way simpler – but that’s due to the fact that Samsung’s hinge is meant to keep it propped open at any angle along 180 degrees.

I did like sitting the top half of the phone screen upright, allowing the bottom half to rest on a table, as if this were a laptop. This is something the Galaxy Fold couldn’t do, and Samsung has designed Flex UI software around it.

Taking a video call puts the camera screen on the top screen unobstructed, while the mess of controls all rest on the bottom half of the screen. This also eliminates me very awkwardly leaning over a desk or table to do hands-free video calls while I’m working on a keyboard.

So yes, it’s possible to flick the phone open with style by using a lot of force but it’s not exactly easy to do and there’s good reason for that.

I can’t tell if the Samsung Galaxy Z Flip is for me – I need more than 24 hours with the new phone to decide its practicality, test its cameras, and drain its battery a few times. There’s still a lot more testing to be done, and that’s why you’ll have to wait for our full review.

The best gadgets change lives – they don’t all have to be revolutions like the iPhone, but when they make your daily life a little better, even if it’s by fitting in your pocket a little easier than your previous device. That’s when tech, often fairly maligned, makes us happy.

I’m a believer in the Galaxy Fold design, as I’ve long wanted something the size of an iPad mini that I can use on the train and shove in my pocket without always having to stow it in a bag. I’m hoping that Samsung continues with that design, too, for the productivity users out there like myself.

But the Z Flip? It’s the most chic phone I’ve seen in my time reviewing smartphones, and I love reclaiming pocket space when it’s folded up like a clamshell. There’s room for two foldable designs, and this one brings back some of the things we loved and missed about flip phones.