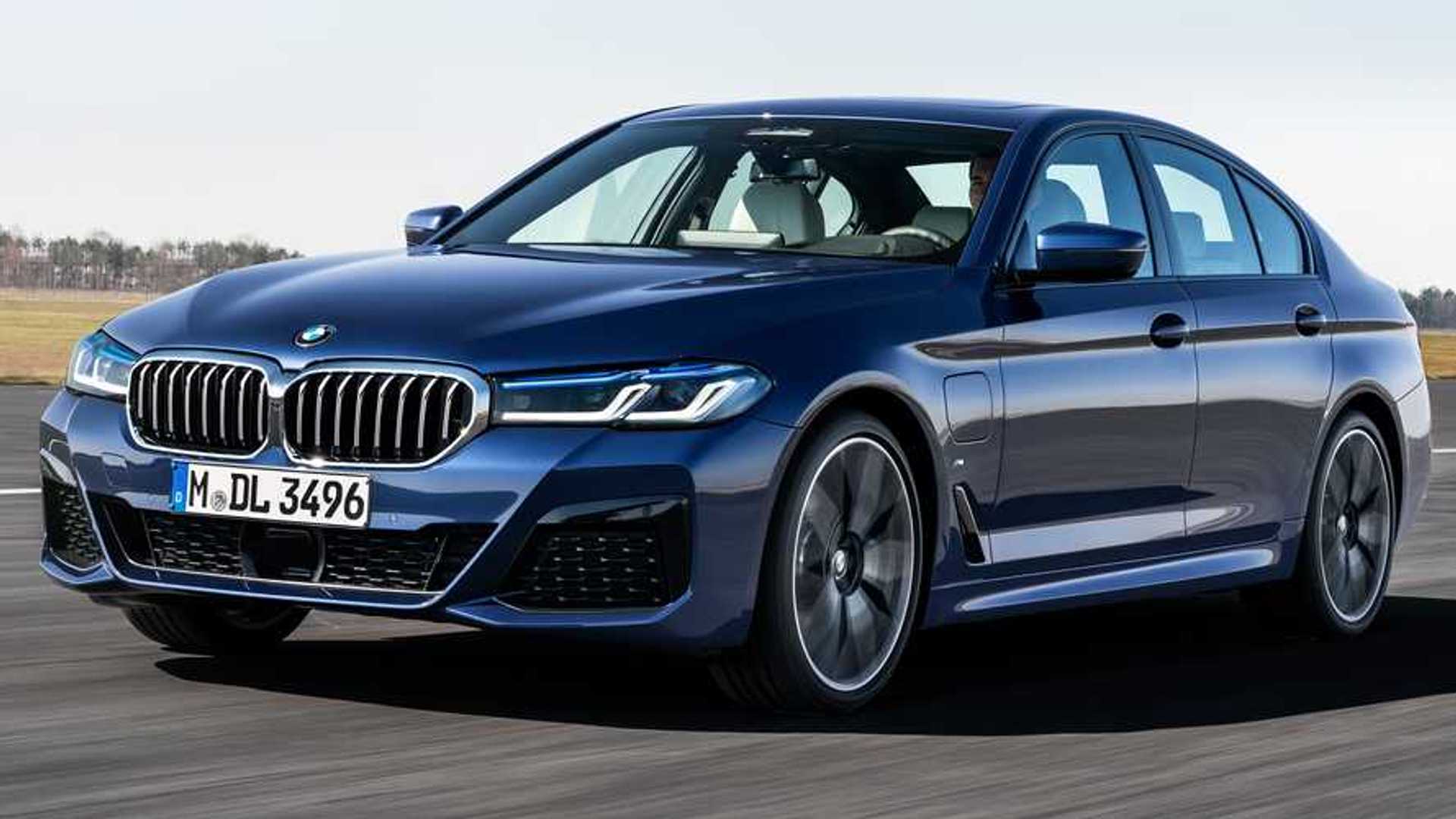 The facelifted sedan freshens up against fierce competition.

After a steady stream of spy photos and leaked images, we’re finally getting a look at the official 2021 BMW 5 Series. The company’s midsize sedan gets a mid-cycle refresh, which brings the design language closer to that of its 3 Series sibling, along with updated mild-hybrid and plug-in hybrid powertrain options. Though the changes are clearly more evolutionary than revolutionary, they should be enough to keep the Bimmer interesting against new or facelifted versions of the Mercedes-Benz E-Class, Audi A6, and Genesis G80.

If you were expecting a massive design overhaul for the 5 Series, then this update likely falls short. BMW made some careful improvements to the 5er’s look, with the most dramatic change found in the headlights. Sleeker, more linear LED running lights define the car’s new eyes, with a clear kinship to the 3 Series. BMW’s efforts to grow the kidney grille also apply here, with new longer and wider pieces, along with a revised front fascia on M-Sport models. The taillights are also tweaked with new L-shaped signature inlays to match the headlights and slim black trim surrounding them.

Following suit, the interior features some very little visual change, but it now includes BMW’s latest in infotainment tech: iDrive 7. The hardware is upgraded to a standard 12.3-inch digital instrument cluster, complemented by equal-sized center touchscreen. BMW’s native navigation software, along with Apple CarPlay and Android Auto also come along for the ride without having to tick an option box. This tech suite is a welcome improvement with intuitive menu layouts, quicker response times, and beautiful graphics.

For 2021, BMW will keep the same four powertrain offerings, including the 530i, 530e plug-in, 540i, and M550i. The headline is a new 48-volt mild-hybrid system for the six-cylinder 540i model, which the company says makes the car more efficient and responsive. Power remains at 335 horsepower (250 kilowatts), although the mild-hybrid system provides quicker off-the-line response with its new electric assist.

The 530e plug-in hybrid now offers 288 hp (215 kW) and a hearty 310 pound-feet (420 newton-meters) from its 2.0-liter turbocharged four-cylinder and electric drive unit. This represents a 40 hp (29 kW) bump over the current model, with that extra power available for up to ten seconds with the go-pedal floored, via a feature called “XtraBoost.” Output remains at 523 hp (390 kW) and 533 lb-ft (723 Nm) for the twin-turbocharged 4.4-liter V8 M550i xDrive. This keeps acceleration to 60 mph at a brisk 3.6 seconds, with a top speed of 155 mph when equipped with performance tires. Meanwhile, the sport transmission receives hardware changes for faster shift times.

Details on the facelifted, range-topping M5 sedan are still undercover, but we’ve already spied the rocketship sedan wearing the new design, and should debut sometime in the near future.