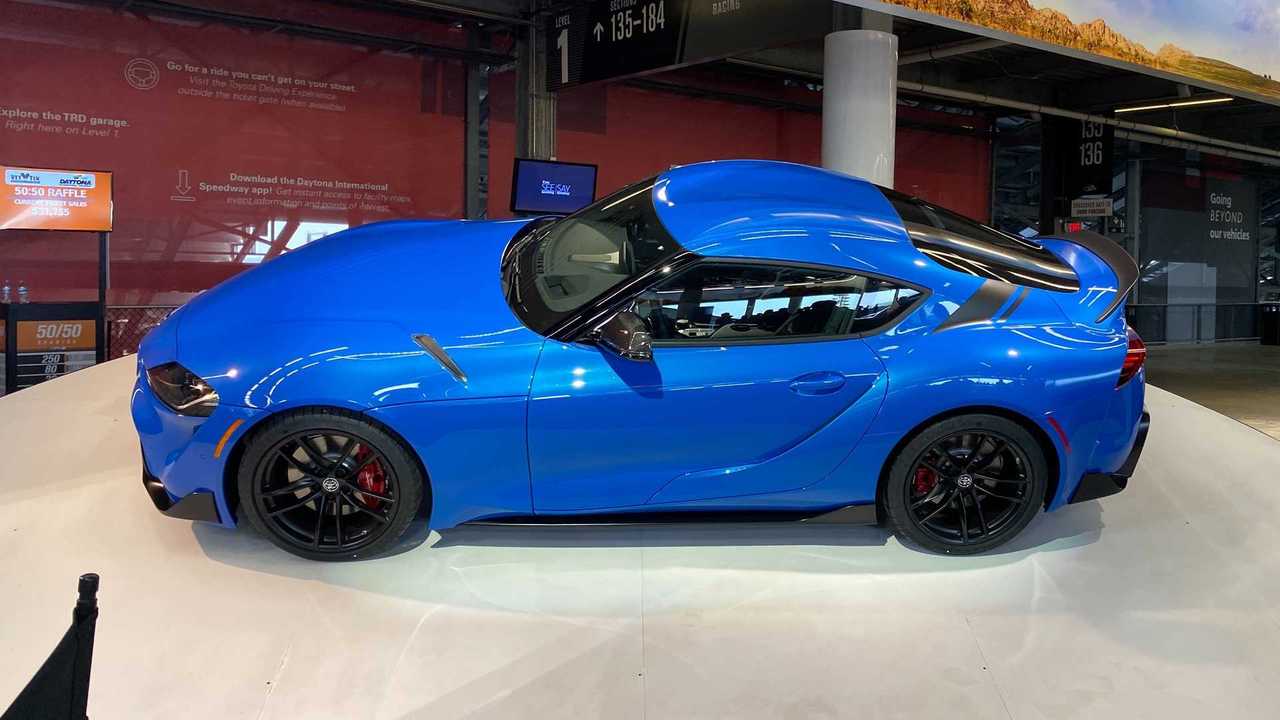 Toyota suggests it’s complicated, but is that “missing” power already there?

It’s been just over a year since Toyota officially resurrected the Supra, and already we’re seeing some rather significant changes. It’s debatable which news is bigger – the launch of a new four-cylinder model or the six-cylinder getting a bump to 382 horsepower (285 kilowatts), which just happens to match the BMW Z4 M40i. It’s also estimated to hit 60 mph in 3.9 seconds which also matches the Bimmer.

That’s no coincidence obviously, but there is bad news for the Supra faithful who already purchased a 2020 model. Speaking at the 2021 Supra launch event in Daytona, Toyota Supra Chief Engineer Tatsuya Tada said retrofitting earlier cars to 2021 spec was possible, but it’s not as simple as one might think.

“You could theoretically add the components to get the increase, but there are a lot of sensitive software components you’d have to change,” said Tada-san.

What exactly is different on the 2021 Supra’s BMW-sourced I6 engine? According to Toyota’s press release, there are “a slew of upgrades throughout that engine” which include new pistons that lower the compression ratio – something not normally associated with adding power unless boost pressure is increased. There is no mention of that in Toyota’s announcement, but the engine does receive a dual-branch exhaust manifold that has six ports instead of two, which helps with heat management. That’s all the company lists officially, but with Tada-san’s input, it sounds like software updates are involved as well.

That said, here’s the question we know everyone is asking. There are some differences with the 3.0-liter engine for the 2021 Supra, but does it really have that much more power versus 2020 models? It’s no secret that multiple dyno runs suggested Toyota underrated the car from the very beginning. Numerous reviews – including our own first-drive – seems to think the car is considerably faster than something with 335 hp should be. And then there are the drag races we’ve seen where the 2020 Supra handily beats the Z4 with both cars allegedly having the same 335-hp engine.

At the end of the day, Toyota sticks by its original rating for the 2020 Supra despite dyno tests and drag races that suggest it was closer to what we now see for 2021. As the new cars hit dealerships later this year, we can’t wait to see what dyno tests reveal, not to mention 2020-versus-2021 drag races that are all but inevitable.