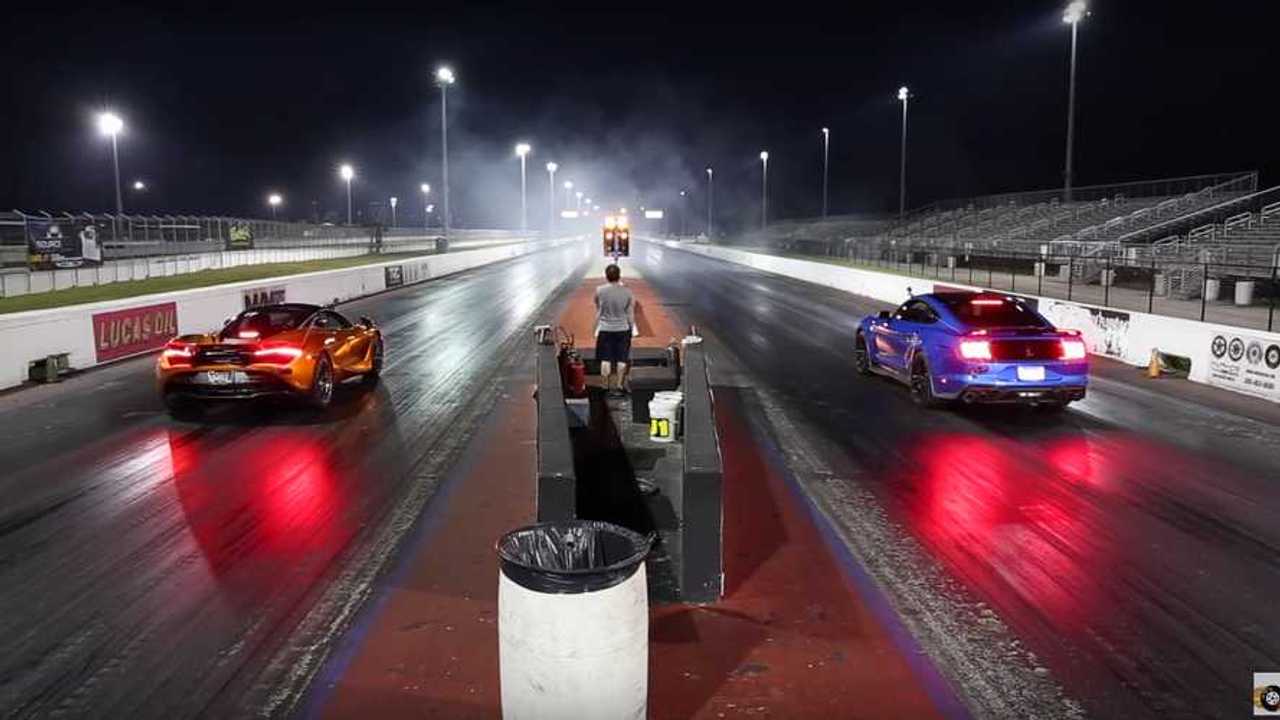 We already know how this is going to end. Or do we?

Sure, there’s a chance that you may have clicked on this article to see what would happen when a Shelby GT500 takes on a McLaren 720S, with no doubt in your mind on the results. Or, you could be the more keen type and noticed the “some mods” when pertaining to the muscle car in the title. In this video from Drag Times, Brooks is behind the wheel of his famous and almost unbeatable 720S, taking on a recently tuned Shelby GT500 at a damp drag strip. Should be a clear cut winner, right?

Let’s talk about the cars – in the orange corner is the 2018 McLaren 720S equipped with a 4.0-liter twin-turbo V8 that makes a whopping  710 horsepower. No modifications were done to the car aside from equipping a set of Toyo R888R tires. It’s rear-wheel drive, has a 7-speed dual-clutch transmission, and weighs in at 3,180 pounds. The blue corner sees the 2020 Shelby GT500, with a 5.2-liter supercharged V8 under the hood that makes 760 horsepower in stock form. Now, remember those mods? A tune, exhaust, and intake have brought it up to about 800 horses. The Shelby GT500 is also running the same Toyo tires, has a 7-speed dual-clutch, but is much heavier at about 4,225 pounds.

Now, we’re not going to spoil the three runs in the video, but all we can say is that we’re surprised at the amount of grip the Shelby GT500 has in those conditions, not to mention the great sound it makes from that aftermarket exhaust system. With both cars running similar horsepower, you’ll see that the difference in trap speeds and quarter-mile times are very close. If you want to skip to the drag racing bits, it’s at the 4:45 timestamp in the video.