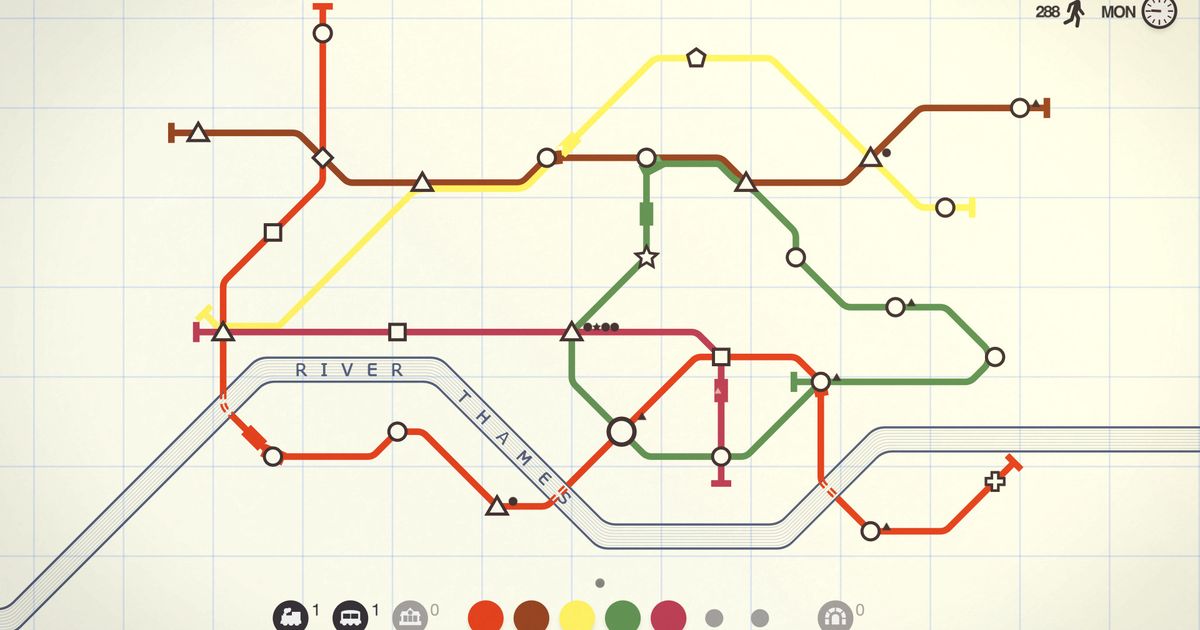 Commuting to work is an unfortunate, unavoidable reality of modern life, but mobile games make it a lot less miserable. Several popular titles such as Fortnite and PUBG have made their way to mobile in recent years, offering busy people the ability to escape the doldrums of their movable sardine cans and game on the go.

Tiny phone screens aren’t the best platform for first person shooters, however, and many find them more frustrating than fun. Fortunately, there’s a big, wide world of engaging mobile games to keep you company while enduring the morning rush.

Here are 11 of the most addictive, best mobile games to make your commute much less dull.

I only began playing Two Dots recently, but the puzzle game has consumed my life. I estimate there are around 5 billion levels, not to mention the limited-time challenges added every few days.

The premise is simple — just connect like-colored dots to make them disappear, forming squares to clear all dots of the same color. Each level gives you a limited number of turns to reach a set goal, while various mechanics such as spreading fire and wandering beetles add complications.

Two Dots also connects to Facebook to provide a leaderboard, letting you know when you beat your friends’ high score so you can message them to rub it in.

2048 is a puzzle game that’s deceptive in its simplicity. The aim is to slide numbered tiles across the board to add like numbers, consolidating them to eventually reach 2048. Continuing past this is theoretically possible, but even reaching that elusive number is enough of a challenge.

All tiles slide together, so joining two typically puts other tiles in less optimal positions. New tiles also spawn with every move, eventually cluttering up the board and ending the game.

Price: Free (with option to pay for removal of ads on iOS)

Crossy Road is essentially an endless version of Frogger, only with isometric pixel art and a bald eagle that will swoop down and end your life if you take too long. The game was a smash hit upon its release, taking an arcade classic and updating it for current mobile gaming habits.

There’s a huge lineup of unlockable characters, so you can cross busy highways as a chicken, or a dinosaur, or even characters from other games. However, gameplay is the same regardless of which critter is making that mad dash through oncoming traffic. There aren’t any power-ups or special abilities — it’s all about your own skill and reflexes.

Crossy Road is one of those games that’s easy to learn but difficult to master, which is one of the reasons it’s so addictive.

From the developers of Crossy Road, Piffle is a cute arcade game that can easily entertain you for an entire train ride, plus boring meetings, if you’re sneaky. In Piffle you break gradually lowering blocks by flinging ball-like cats (or cat-like balls) at them. The goal is to clear the stage before the blocks reach the bottom and bonk your kittens on their little kitten noggins.

There are of course special blocks to make the task more difficult, as well as power-ups to make it easier. Like Two Dots, there are more levels than you’re likely to ever get through, even if you don’t replay ones where you earned fewer than three stars.

If aesthetic is something you’re concerned about, you can also unlock different looks for your Piffle Balls. I’m using grey tabby Stripey McStripeface, though Patches the pirate is pretty cute too.

Next for your commute: a game about commuting. Mini Metro will appeal to anyone who loves planning and efficiency, prompting players to draw train lines connecting stations. Optimising your rail network and watching passengers shuttle about your city is an easygoing, meditative experience, providing a quiet sense of accomplishment.

Though the game begins calmly, it doesn’t take long for it to spin out of control. Your carefully manicured rail system can quickly become overloaded as more stops spawn, leaving you cursing the tidal wave of passengers — an experience many of us are intimately familiar with.

If you can’t get enough of Mini Metro, its sequel Mini Motorways on Apple Arcade applies the same premise to roads.

Fire Emblem Heroes is undeniably overwhelming when you first load it up. The turn-based strategy game has an enormous roster of heroes to collect, several with very involved backstories, and it can feel as though there are a million menus and sub-menus. Not to mention the various currencies.

However, once you work past all that, you’ll find an entertaining roleplaying game boasting a more in-depth combat system than you’d typically expect on mobile. Battles are conducted by moving your heroes about a map to attack your foes, factoring in which hero types are stronger against others.

There are Story Maps to play through if you’re interested in the plot, or you can just spend your time levelling up your heroes in the Training Tower. You might enjoy this game more if you’re a fan of the Fire Emblem series, though newcomers won’t face the frustration of being unable to obtain their favorite hero.

In Monument Valley, players rotate and move sections of optical illusions to guide a character through to the exit. It’s a gentle game with no time limit, so you can spend as long as you want working out the puzzles and marveling at the geometric art. This engrossing game leaves a strong impression, and even appeared in Season 3 of House of Cards.

Monument Valley has 11 chapters to work through, and you can buy eight more for $0.99. If that isn’t enough, there’s also a sequel to tuck into.

If you can’t decide whether to play a puzzle game, a turn-based strategy game, or look for something with an engaging story, Ticket to Earth has you covered on all three fronts. The game provides an innovative mix of puzzling and combat, further enhanced by interesting characters, unlockable skill trees, and changing win conditions that will keep you on your toes. It also doesn’t get too bogged down in the story, which is great when you’re playing in short bursts.

In Ticket to Earth, players match colored tiles to move their character across a board and power up attacks on various enemies. The tactical gameplay requires you to think a few steps ahead, balancing the costs and benefits of each move. It may be tempting to join together a string of purple tiles for a ranged attack, but it could leave you surrounded by enemies, and it might be better to trace a shorter path to a health pickup.

Ticket to Earth also has an augmented reality mode, so you can impose the board into real life — provided there’s enough room on your train for it.

Famous Metal Gear Solid developer Hideo Kojima named Framed his game of the year in 2014, and with good reason. This unique puzzle game has players rearrange comic book panels to change the outcome of events, enabling their characters to slink past cops and avoid capture. It’s an interesting concept that’s executed well, and you don’t have to be an avid comic fan to enjoy it.

Framed‘s puzzles can get delightfully challenging, but not too much for a commute. Starting relatively simply, puzzles grow more complex as the abilities to rotate panels and rearrange them once your character is already moving are introduced. All of this is enhanced by some cool noir styling.

It’s a relatively short game, taking around an hour and a half to finish, but if you want more you can always grab sequel Framed 2.

Dota 2 is an amazing game which you should already be playing, but you don’t need to know anything about it in order to pick up auto battler Dota Underlords.

In Dota Underlords, players pit themselves against up to seven opponents in a last man standing fight to the death. Each player is given a small amount of gold every round, which they use to buy heroes and place on a checkerboard. These armies are then matched up against each other, with heroes automatically battling it out to whittle away at each other’s life.

The gameplay is fairly simple, but it’s important to be strategic if you want to win. There’s a limit to how many characters you can have on the board at once, while pairing certain heroes together provides bonuses.

Dota Underlords can be played in single-player or multiplayer mode. Keep in mind that games can last up to 30 minutes, so it might not be suitable for shorter commutes.

Hearthstone is another title we’d be remiss not to mention. This digital card game has amassed a significant fanbase and even has its own esports circuit, but you don’t have to play competitively to enjoy it. It’s a polished game with bold, slick graphics, while the touchscreen tries to mimic that tactile sensation which makes card games feel so good to play.

Half the fun is customising your own unique deck to suit your play style, but there are also basic decks that let you jump straight into the action. Players compete one-on-one, taking turns to summon creatures and cast spells with the objective of defeating their opponent’s hero.

Though Hearthstone does have a single-player mode, the game is at its best when you’re flinging cards against real opponents. The maximum you’ll typically spend in a match is 10 minutes, but you’ll want to make sure there are no internet dead zones on your train line.